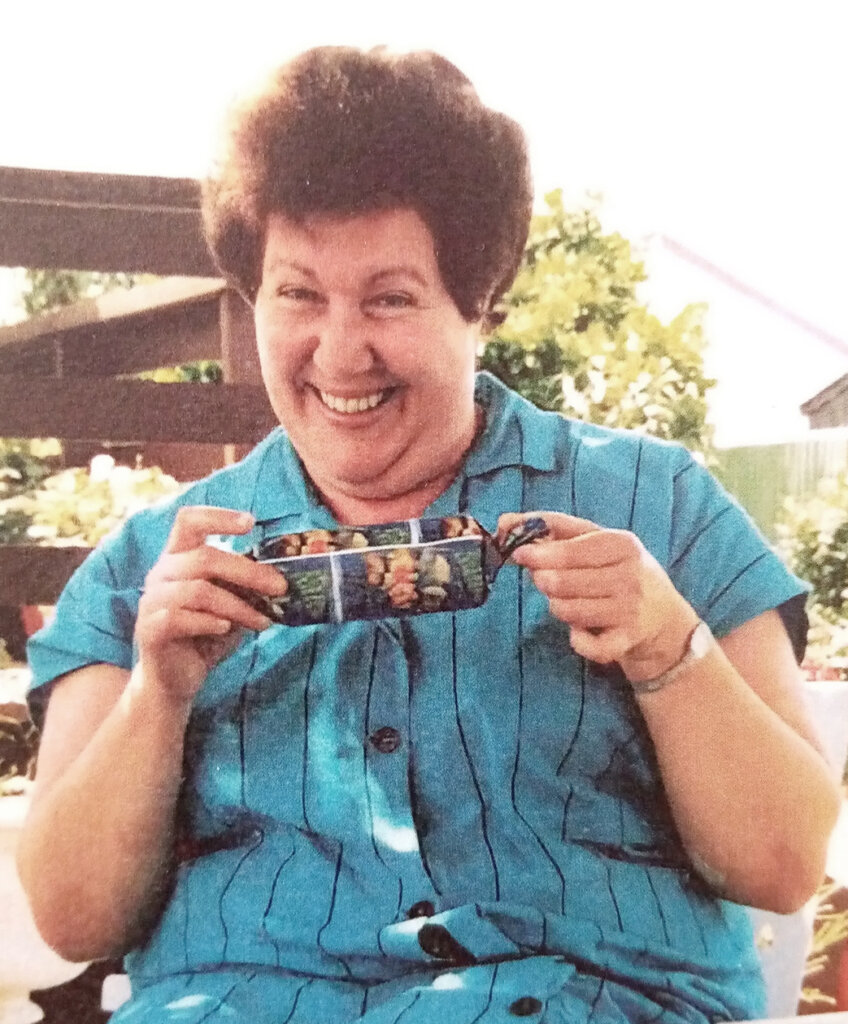 Diana Galletta, who died earlier this month, has left a hole in the fabric of Cambridge life.

An online tribute to Diana Galletta suggested that God think twice before arming the netball legend with a whistle as she passed through the pearly gates.

“Those who knew Diana will all remember her voice on the loudspeaker … her whistle blowing on court,” it said.  “She will be sadly missed by all.  God has another angel up there in heaven: he better watch out no-one gives her a whistle”.

Diana’s passage to the pearly gates on November 1 has left not only Cambridge netball with an unfathomable space, but also the wider community.

She was loved as much for her sunny nature, her joy in piano music   and laughter as much as she was for that longstanding and deep commitment to the Cambridge Netball Centre.

Nephew Paul Galletta, who spoke at his aunt’s November 7 farewell service at St Peter’s Church, said Diana was part of a loving Cambridge-based family for whom Christmas was the pinnacle of their year.

“The house would be filled to the brim on Christmas Day … anything up to 40 people.  It was a major operation getting ready for that.  Diana was always happy.  She never drank, smoked or got married.  She had a natural euphoria … she didn’t need any vices to enjoy her life to the full.”

He told the packed church how Diana, who arrived in Sydney from Europe with her family at just eight years old, remained proud of her roots throughout her life.  Once settled in Cambridge, the family wove itself into the fabric of the town; Diana immersed herself in her work, her beloved Catholic church, netball, running fundraising stalls and raffles.

Paul said no-one could walk past a stall run by Diana and not get stopped to either buy a raffle ticket or a jar of jam.

That telling online post said she had been the voice of Cambridge Netball Centre for many years. Diana had started out in her youth, playing in rep teams across the Waikato before becoming a national umpire, steering classes, organising tournaments and co-ordinating events.

Paul said she took particular pride in a photograph on her lounge wall of her as a New Zealand umpire. “What she did for netball in Cambridge was immense … and she did it with commitment and passion.”

Diana also spent more than 54 years as a teller with the National Bank, winning the hearts of her many customers with her warmth and efficiency.  A colleague for most of that time, Jenny Beckett, described Diana as loyal and hardworking, although apparently a bit of a bull at the gate over attaining her drivers’ licence.

“She went for her licence during her lunch hour. She said, ‘it didn’t go so well’, then told me how she had failed because she went through a red light as she wound down her window to greet someone she knew,” she laughed.  “She finally got her licence on her third try.”

Travel was another of Diana’s loves with many family holidays enjoyed at Island Bay.  She enjoyed visiting her family roots in Stromboli, an island off the Sicilian coast, and vacationed in the United States and Norfolk Island.

The church was a huge part of her life, and she sang with the St Peter’s Church Choir for many years.

Hers was a rich, full life throughout which her good nature shone like a beacon.

“Diana always saw the best in everyone … she never thought bad of anyone.  I never heard her swear or get angry, she was always patient,” said Paul. “There is so much history associated with the family here … but this is the last chapter in their dynasty.  That book is closed now.”