A fashion leader too.. 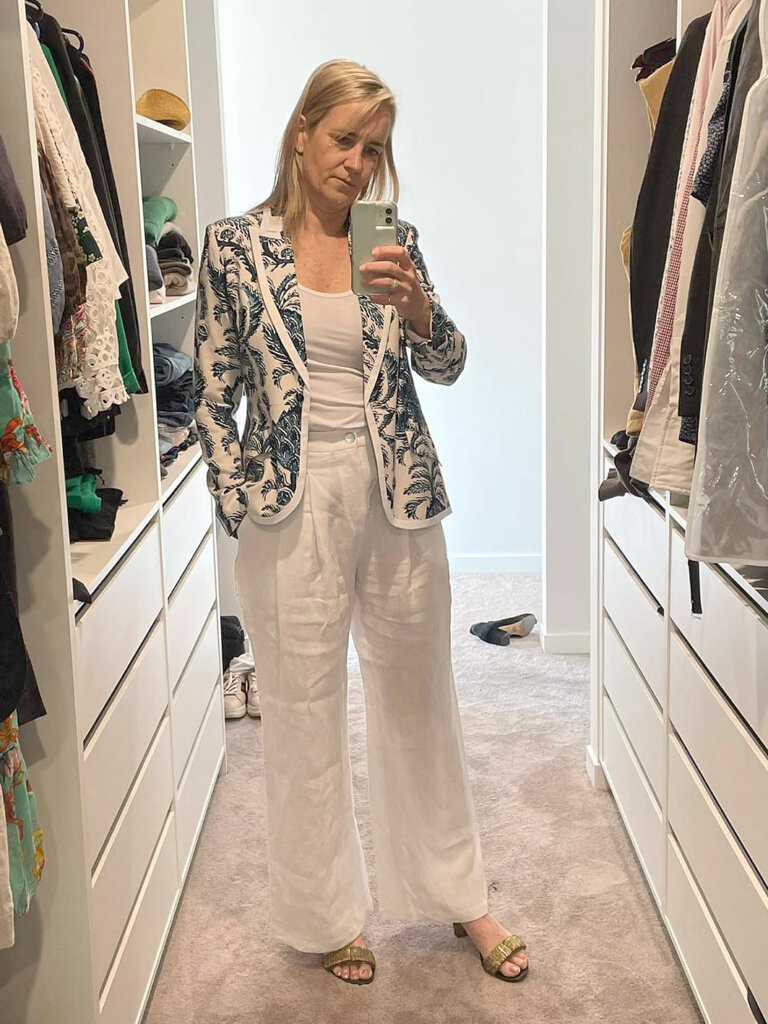 A social media posting featuring mayor Susan O’Regan standing in her wardrobe resulted in an additional sale for the Waipā retailer where she bought the clothes she is wearing.

O’Regan bought a jacket from Ruby Rose Boutique in Te Awamutu which she wore for her first council meeting as mayor on 15 November.

When she realised she had paired it with trousers and a top bought at the same place, she took a photo of herself in her wardrobe and sent it off to Jenny Fleming who operates the store with her daughter Baylee.

“Dressed top to toe,” O’Regan told Fleming who then asked if she could put the picture up on Facebook.

“Go for it,” she said without realising in the background is a cast off black shoe, her favourite walking sneakers and work laptop case.

Sharp observers will see clothes O’Regan wore during her election campaign while her husband John Hayward has equal space in the walk-in wardrobe.

Several hours later a woman walked into Ruby Rose and asked whether they had a jacket just like the one the mayor was wearing. They had one left which the woman bought.

O’Regan laughed when The News said it would publish the photo saying she realised now she was a public figure.

She said supporting local businesses was important to her and if appearing in her local newspaper helped people buy local, then she was all for it.