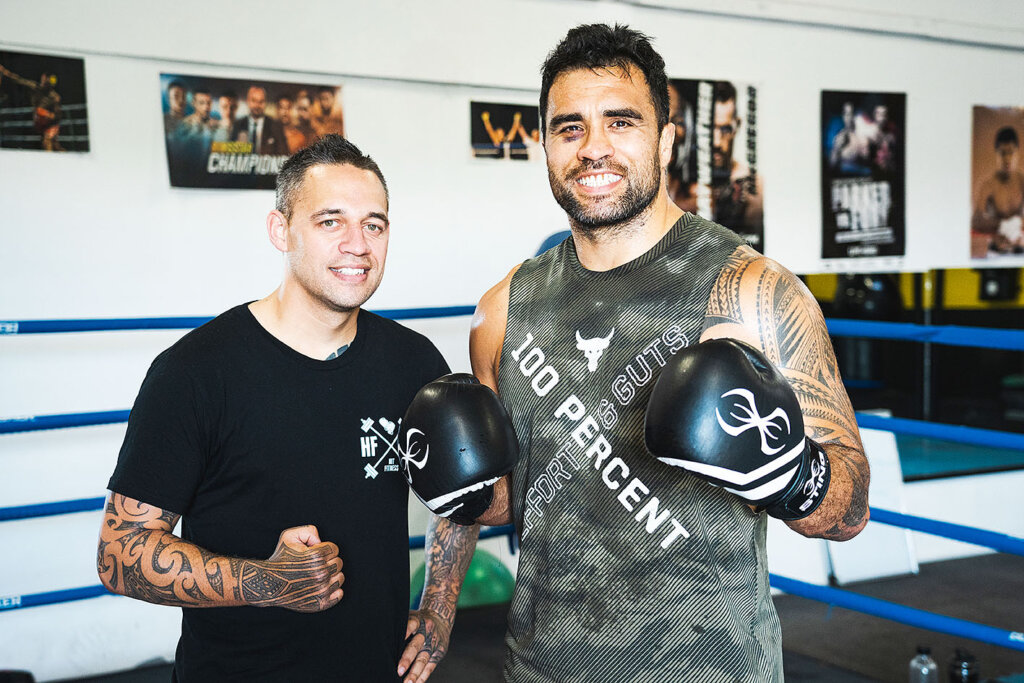 Hautapu and Leamington will go head-to-head in a corporate ‘fight night’ next month.

The boxing event will be headlined by a matchup featuring  Hautapu’s former All Black forward Liam Messam.

For the second time in a row Messam will be kept waiting to find out who he will fight – this time it’s because and South Islander Sam Watt has been forced out with an injury.

At stake is the vacant New Zealand Pro Boxing Heavyweight title. Pro Box NZ is one of four governing bodies in New Zealand. It was founded by Torchy George in Hamilton 10 years ago.

“The title is really cool, but that not why I am doing it, it is just another way of challenging myself,” said Messam.

The Battle of the Bridge is an annual sports competition between rival Cambridge clubs, Hautapu Sports and Leamington Rugby Club. The December fight night, which will be held at the Velodrome, is a twist on the clubs’ annual tradition.

“Rugby is the theme of it, but it is for anyone associated with Hautapu or Leamington,” Messam said.

Messam has been training with experience boxer Cairo George, the son of Torchy George. He has a professional record of four fights and four wins. 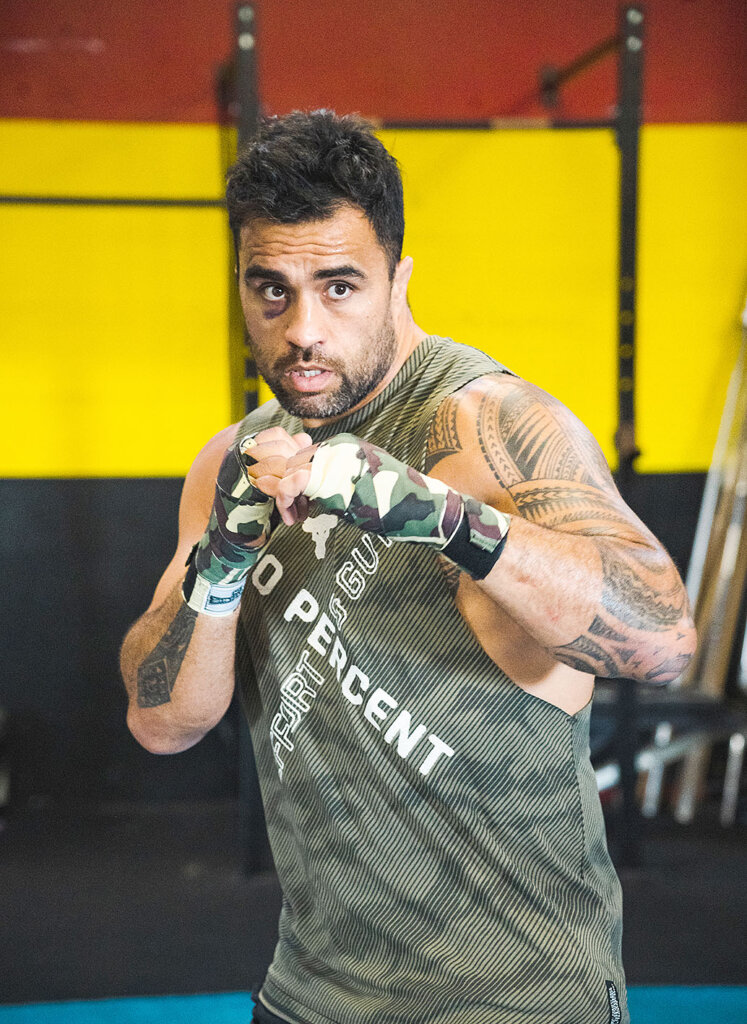 Liam Messam will fight for Hautapu in the Battle of the Bridge fight night next month. Photo: Benjamin Wilson

The Pro Box NZ heavyweight title was last held by Hawera’s James Langton, who has not fought for several years.

“It is pretty full on; you’ve got to be pretty consistent and disciplined. You know if you don’t get the work done that there is nowhere to hide in the ring.”

The corporate fighters have been training six days a week for the past six weeks in preparation of their fights next month.

“They’ve showed their courage, consistency, and effort in their training. Both sides have come a long way and they’re absolutely loving it,” Messam said.

They will wear 18-ounce gloves and headgear, while Messam and his opponent will fight it out with traditional 10-ounce gloves.

“We want to give people the experience of what it is like to fight, but we also want it to be safe,” Messam said.

The corporate matchups are yet to be finalised, but both club captains are expected to fight.

The fight night is partnering with The Waterboy initiative, which aims to break down barriers that prevent people from engaging in sporting activities.

An auction on night will raise money for the sporting initiative.

“Money shouldn’t be a barrier to play sports, but they’re there to help out and sponsor kids to play their chosen sport. It is an awesome charity,” said Messam.