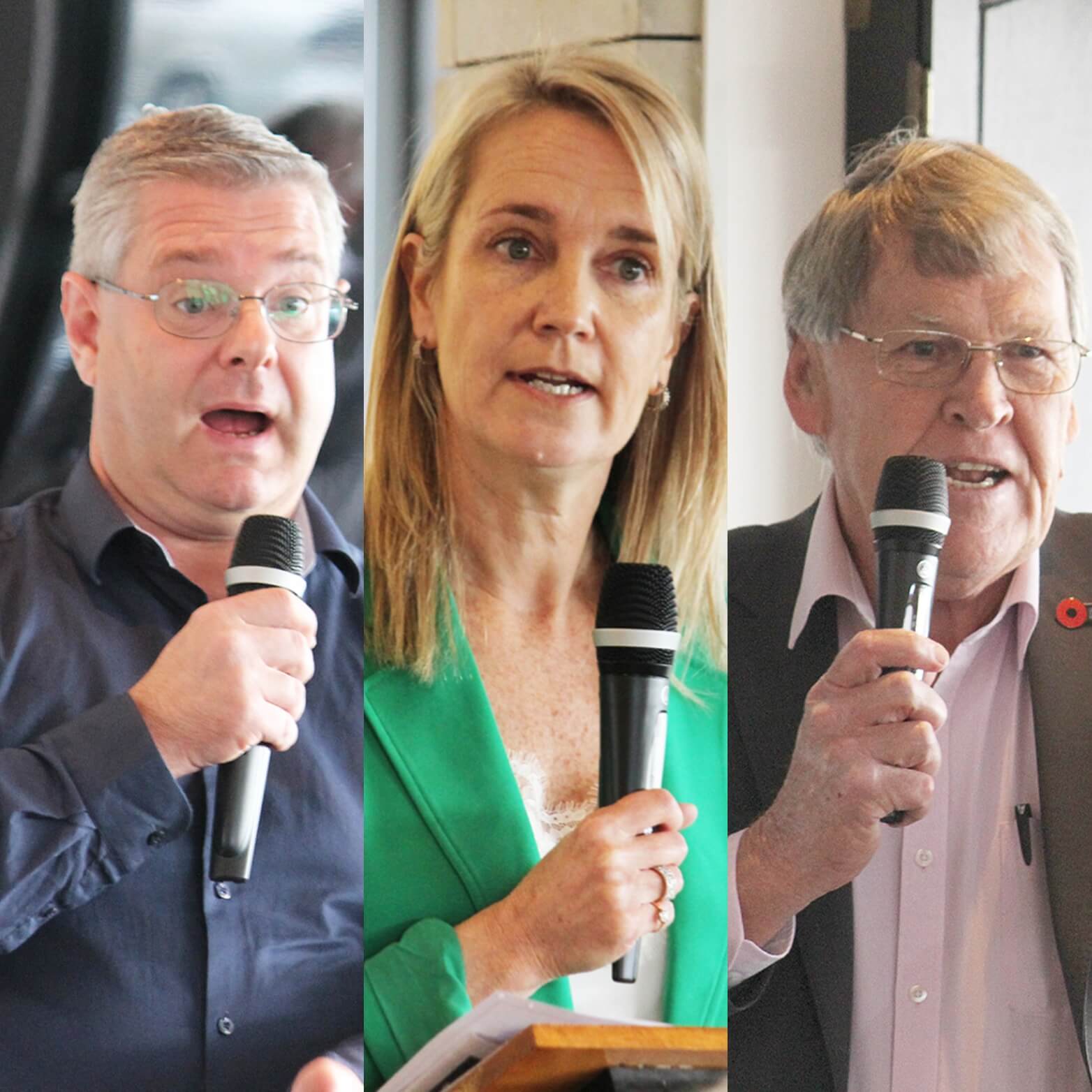 Chris Woodhams: “It is my nature, and it is my intent to act as an evangelist for the Waipā. To really rise up our people, rise up our district, to put us forward.”
Susan O’Regan: “Waipā council needs to communicate better, and we’ve been remiss at actively listening to our communities. I think we need to get better. Dealing with council should be easier.”
Jim Mylchreest: “Experience is important, we’re having and facing huge changes coming through from central government. The critical element is to maintain stability to get the best deal we can for the ratepayer.”

Self-proclaimed evangelist Chris Woodhams warned Cambridge will “drown in our own poo” without a new wastewater treatment plant and an infrastructure upgrade.

He gave himself the title of an evangelist and made the sewage claim to Lauriston Park residents at a meet the mayoral candidates meeting last week.

Both his mayoral rivals, incumbent Jim Mylchreest and Susan O’Regan, were quick to counter Woodhams’ poo claims – O’Regan shaking her head and saying “Lordy, lordy, lordy” and Mylchreest saying the suggestion was “nonsensical.”

Woodhams, as the new kid on the block against incumbents who know the workings of the council inside and out, appeared to be the winner on the day if a quick straw poll done by The News afterwards was anything to go by.

At one point, when he gave a similar answer to O’Regan’s, Mylchreest quipped he was very much in line with Susan once again and this is going to be a “co-mayoralty.”

Woodhams difference was illustrated when they were asked whether previous experience on the council should be a pre-requisite for being mayor.

O’Regan and Mylchreest both said it was.

“It’s a huge disadvantage to not have that experience. In good times, we probably could have a new fresh, green, untested local government leader. We’re not in that position right now. We’re in a state of real flux and reform and concerns around economic headwinds,” said O’Regan who has chaired the powerful Strategic, Planning and Policy committee for the past three years.

When she asked whether residents would employ a chief executive with no experience, Meemee Phipps, in a reference to Donald Trump said: “They did in America.”

“Did it end well though?” O’Regan asked. 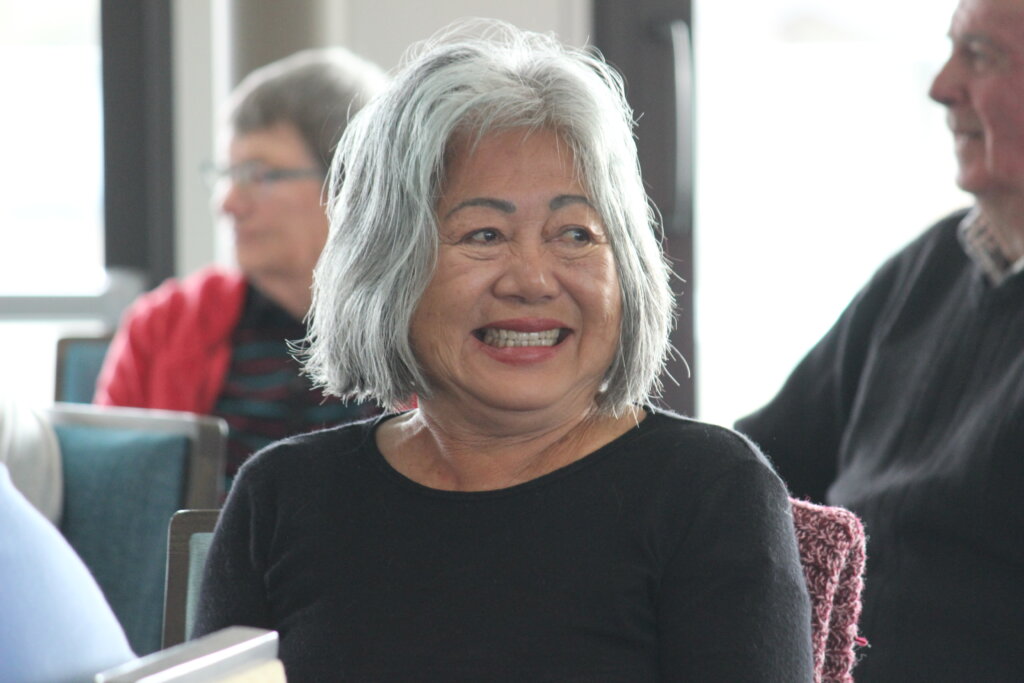 Mylchreest, who has been mayor for nine years and has worked in local government for more than 30 years, said Waipā was the single largest business in the district and complex.

Woodhams who has owned his own businesses in New Zealand and Europe, said no one should be able to govern until they had worried about how they were going to pay staff wages every week.

Earlier Woodhams questioned whether Cambridge’s wastewater system and the pipes under the ground could cope with the town’s intensification developments.

“We’re already working with a heavy loaded system, and we need to start planning upgrades or we are simply going to drown in our own poo.” 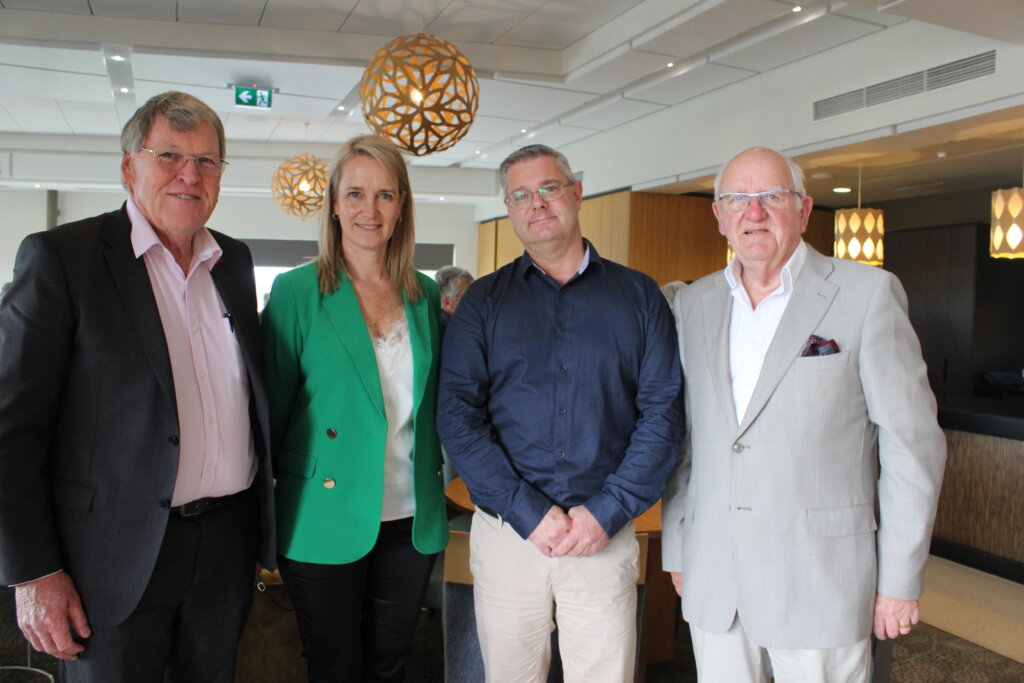 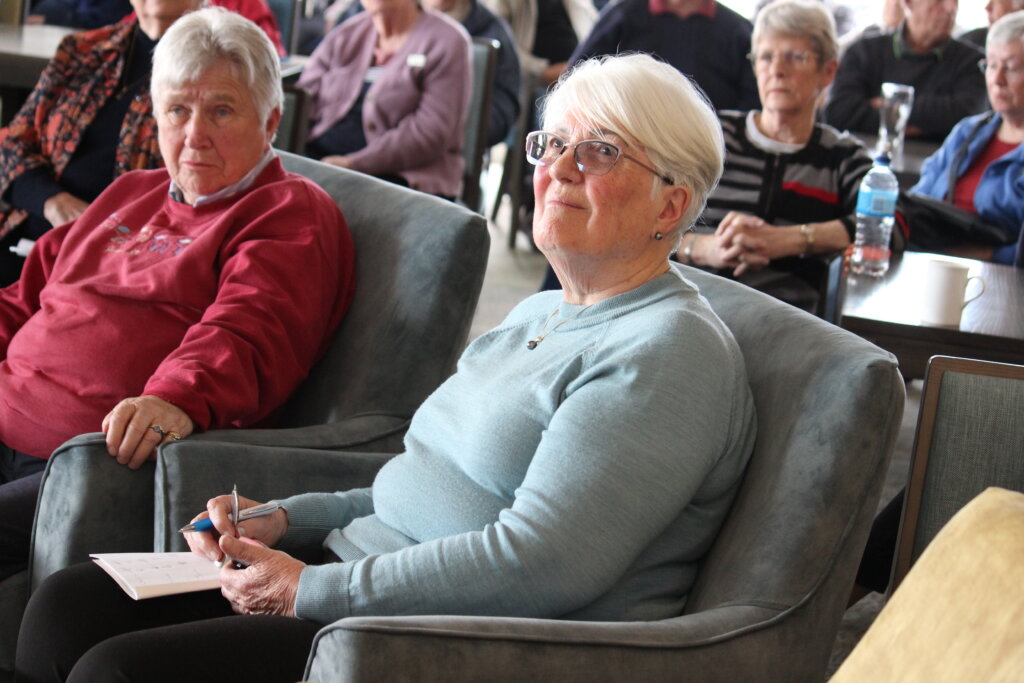 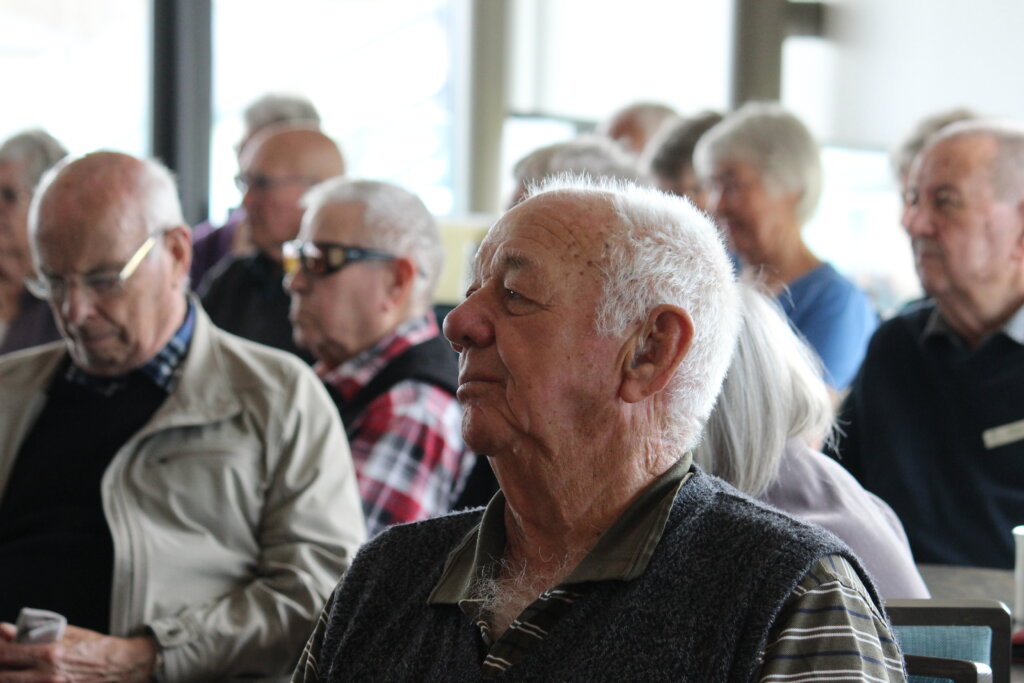 Alex Pool watches on with interest during the debate. Photo: Mary Anne Gill 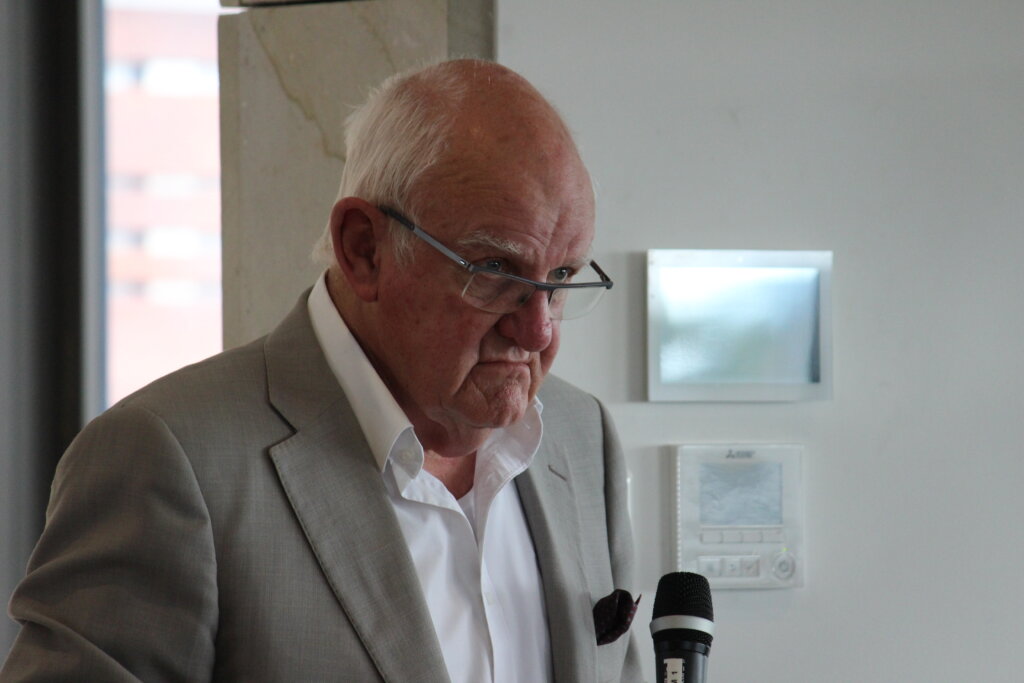 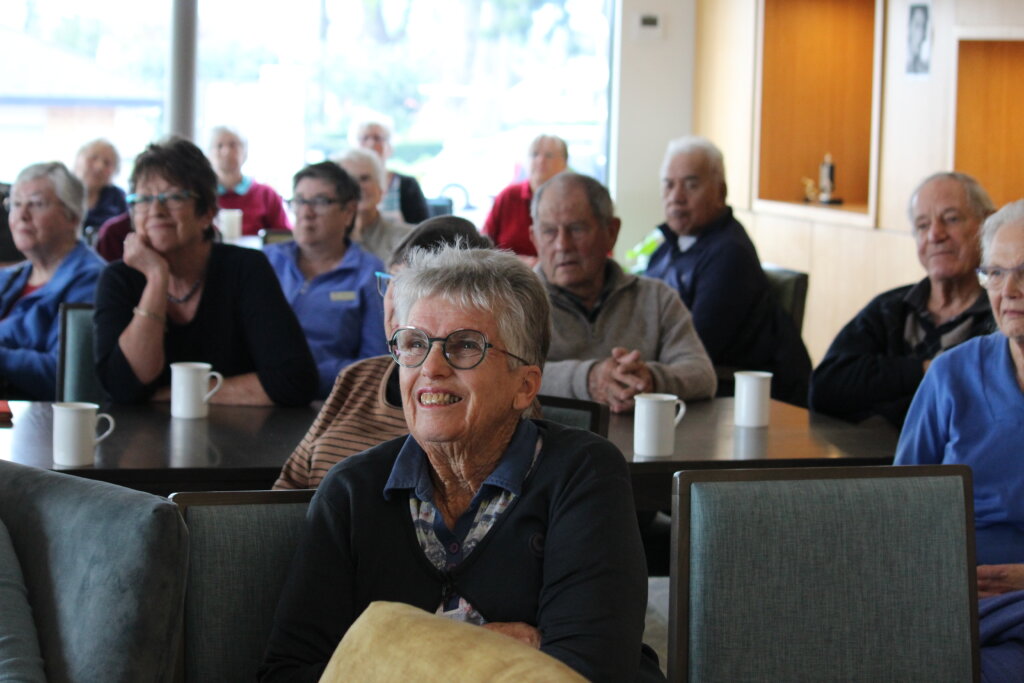 Mylchreest and O’Regan both said that planning had already been done – O’Regan saying Waikato Tainui had been involved – and a new $100 million plant would be operational by 2027.

“There is no problem that we can envisage, as long as the density stays the way it is, that you will in fact have sewage discharges around the street. That is a nonsensical suggestion to me and not valid to Waipā,” said Mylchreest.

The mayoral contest is clearly going to be a three horse race – Bernard Westerbaan has not turned up or provided comments at mayoral debates even when offered the opportunity, as he was in his absence at Lauriston.