Dora – for the banking explorer 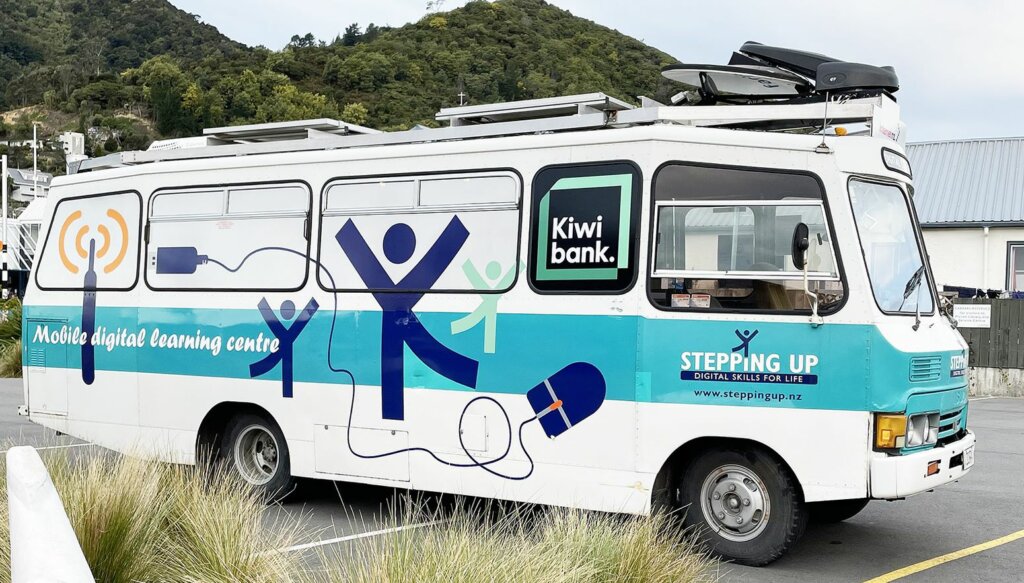 Dora will be in Cambridge and Te Awamutu next week.

Free ‘how to’ digital banking classes come to Waipā next week.

“Dora” the digital banking bus will be available to provide three sessions are available in both Cambridge and Te Awamutu next Wednesday and Thursday.

The bus is a fully self-contained digital classroom with its own Wi-Fi.  It will be parked in the Bryce St carpark at Trinity St Paul’s Church in Cambridge on Wednesday, and outside the public library in Te Awamutu on Thursday.

People can go to as many sessions as they want, either in person or via Zoom, but they must register beforehand, and that is through either the Cambridge or Te Awamutu libraries, or via Shelley on  0800 463 422.

Dota (Digital On-Road Access) is a seven-metre, 37-year-old school bus from Central Otago that was converted into a digital learning centre in 2012 with support from InternetNZ.  The aim then was to provide a mobile learning centre in Christchurch following the 2011 earthquake.

The onboard equipment, including 10 laptops, is powered by solar-charged batteries with the roof being packed with solar panels.  There is also a petrol-driven generator to keep everything working. Internet access is provided by both terrestrial wireless networks, and in more remote areas, by satellite.  This enables Dora to operate at any location in New Zealand that is reachable by road.  Dora also becomes a mobile Wi-Fi hotspot when her 12-metre mast is extended.

The bus is being brought to the region by Waipā District Libraries.

Waipā District Council outreach librarian Dee Atkinson said the request for a Dora visit was made two years ago – “that’s how popular she is.”

“We hope local residents will take advantage of the opportunity she provides and book up the spaces available.”