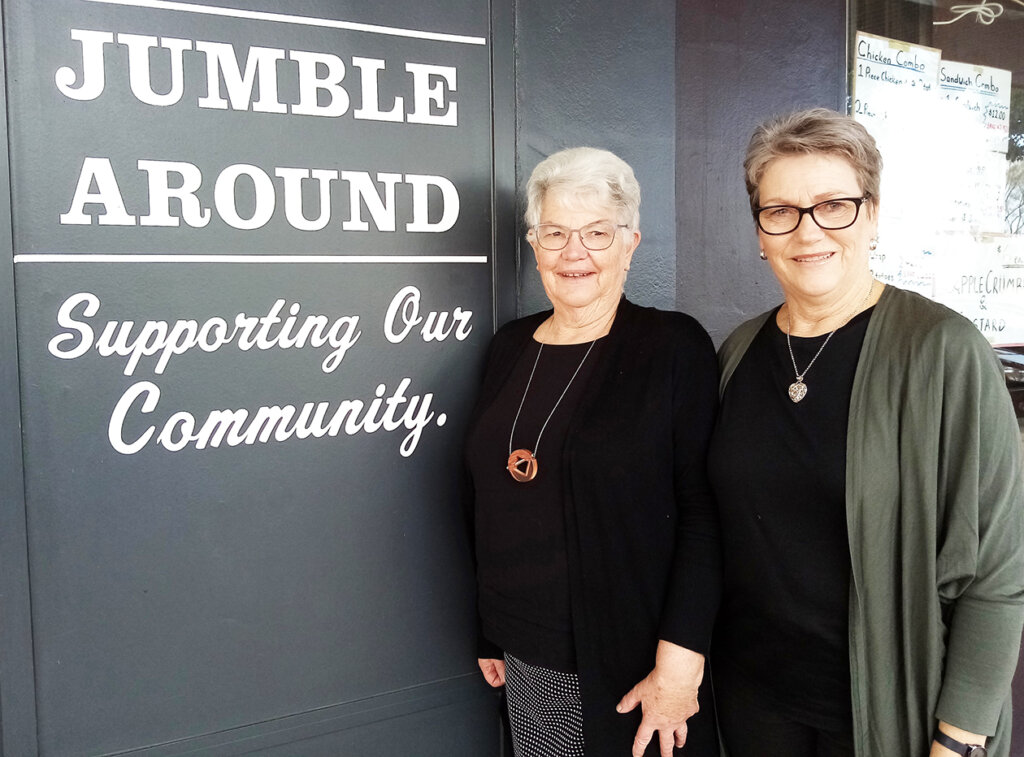 Jumble Around president Marianne Jarvie, right, and Robyn Maxwell, are gearing up for a record funding round.

Cambridge’s Jumble Around op-shop has a record $170,000 to give away this year and is calling for more non-profit organisations and clubs to reach out for help.

The charity has returned well over $1 million to the community in the 54 years since it started.   Regular funding rounds now see money distributed to over 100 organisations and clubs, either in and around Cambridge, or to Waikato groups that include Cambridge residents in their activities.

The $170,000 raised by the Leamington-based outlet over the past year has broken all previous records.  As a result, organisers want to widen their distribution network.

Jumble Around president Marianne Jarvie said the growing number of people using the outlet to donate or purchase second-hand clothes and other items was likely matched by an increased need in the community and the non-profit groups supporting that need.

“I think some of that is because Cambridge itself has grown, and some is linked to the economic fallout from Covid,” she said.  “There has also been a resurgence in the popularity of retro and collectable items, and that has seen activity increase in the shop.  Some people are using us as a form of income… they buy certain items in the store and then on-sell.

“We have a record sum of $170,000 to distribute this year and want to broaden our list of recipients. I know there are groups that started up in response to the Covid pandemic and who may not know about us or the way we allocate our funds each year.  We want to be able to distribute some of our funding to them as well, to groups who are themselves fundraising to support people in Cambridge.”

Applications for the next funding round are open and will remain so until September 16.  Groups wanting to tap into that should contact Jumble Around at 183 Shakespeare Street, or via [email protected].