Interest high in board seats

When nominations closed for the Waipā District Council local elections at midday on Friday, the fears there would not be enough candidates for a genuine election dissipated immediately.

A flurry of people had come forward.

A feature of the upcoming campaign is the interest in the district’s two community boards suggesting the council’s work in recent times to strengthen their profile has paid dividends.

Ten people put their names forward for four seats on the Cambridge Community Board and three for the one Maungatautari seat.

Eight candidates vie for four seats on the Te Awamutu-Kihikihi Community Board while Kakepuku’s Kane Titchener can take it easy during the campaign – he was the sole nominee for the one rural seat on the board.

The new Waipā Māori ward on council has three candidates while the race for the mayoralty has a distinctly district-wide slant to it with two from Te Awamutu, one from Cambridge and the other midway between in the district’s rural heartland.

Two newcomers will go up against incumbents for council’s four Cambridge ward seats while a last-minute nomination from a current community board member means there is a race of two for the vacant Maungatautari ward seat on council.

Three incumbents will front up against three veteran campaigners for the council’s Te Awamutu-Kihikihi ward while the new Pirongia-Kakepuku ward features a newcomer against two long-standing councillors for the two seats.

The Waipā nominees are:

The list of people standing for council with the number of available seats is: 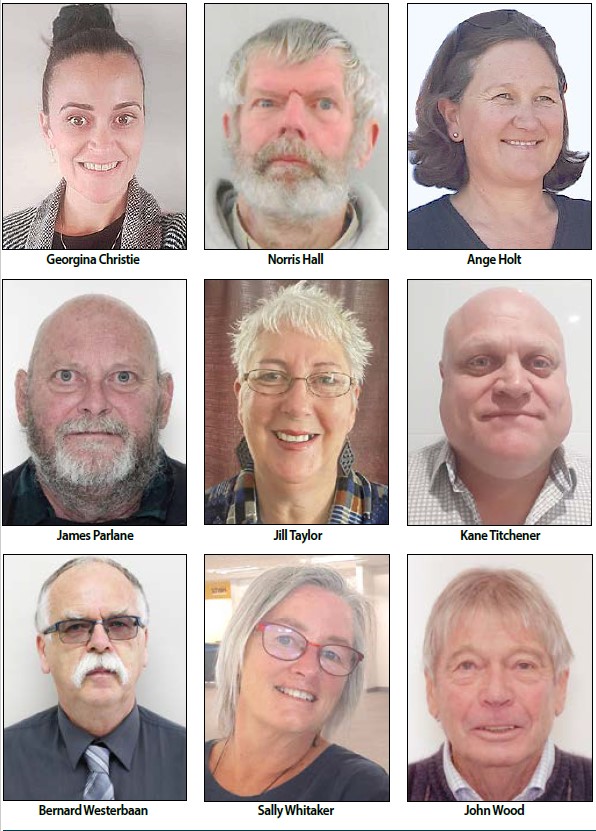