Imagine living on a wild and windy bird sanctuary in New Zealand.

Cambridge author Libby Kirkby-McLeod did too, so she wrote about it putting Eugene, his brother Miles and his parents on the island for a (thus far) four-part book series.

Called Eugene’s Island, the adventures start with the family arriving on the island on Eugene’s birthday and then in subsequent books welcoming their cousins, his pet dog Jupiter with his grandmother and finally dealing with an accident in the ocean.

Libby has drawn on her own childhood for inspiration. Her parents were missionaries in Nigeria when she was born and then spent time in Bolivia before returning to New Zealand when she was six.

She went on to study communications at Auckland University of Technology (AUT) and did a Master of Creative Writing while working as a communications advisor at Franklin District Council.

Libby, husband Aidan and two children Elliot, 11, and Jeremy, 9, moved to Cambridge from Auckland two years ago to be close to family in the Waikato. Earlier this year the family adopted a greyhound called Diego, who raced as Go Diego before he was retired in June last year.

Book sellers told her there was a gap in the market for illustrated chapter books which appealed to independent readers aged from five to eight.

So just over a year ago, she and her good friend illustrator Anna McKessar produced Eugene’s Island.

In the first book, Eugene’s father gets a job on a remote and uninhabited New Zealand bird sanctuary and then follows the family through a series of challenges, some environmental.

“They are unusual settings dealing with everyday issues,” said Libby, who publishes the books herself.

The language used is from the basic sight word lists used in many New Zealand primary schools and can also be read aloud in the classroom or at home.

The Cambridge connection with the children’s books might well have dipped under the radar until two months ago, when the children’s buyer at Paper Plus put them in her window display.

Libby plucked up the courage to tell the store she was the author. 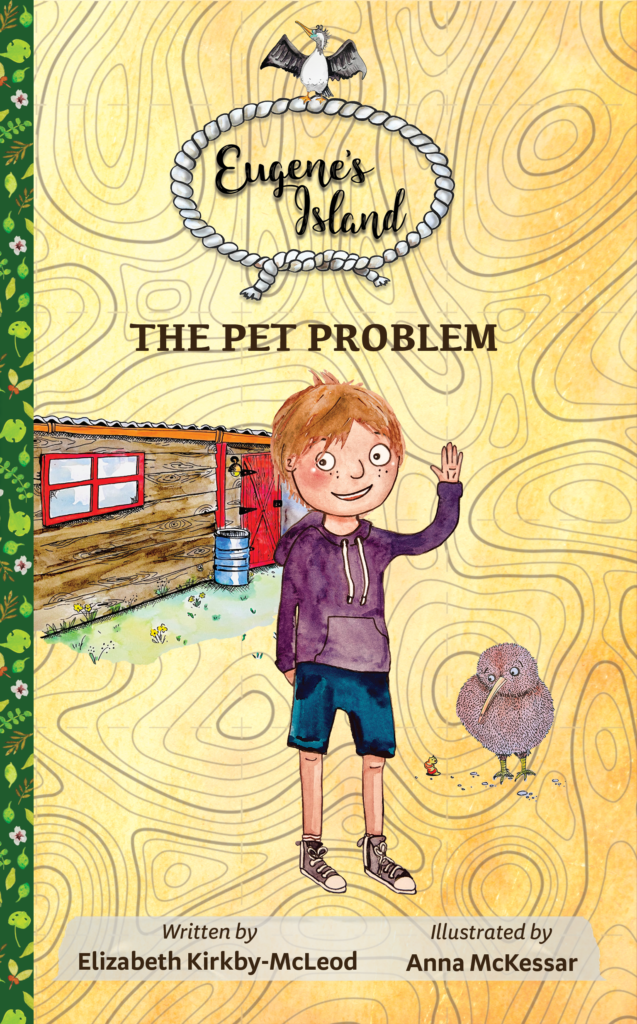 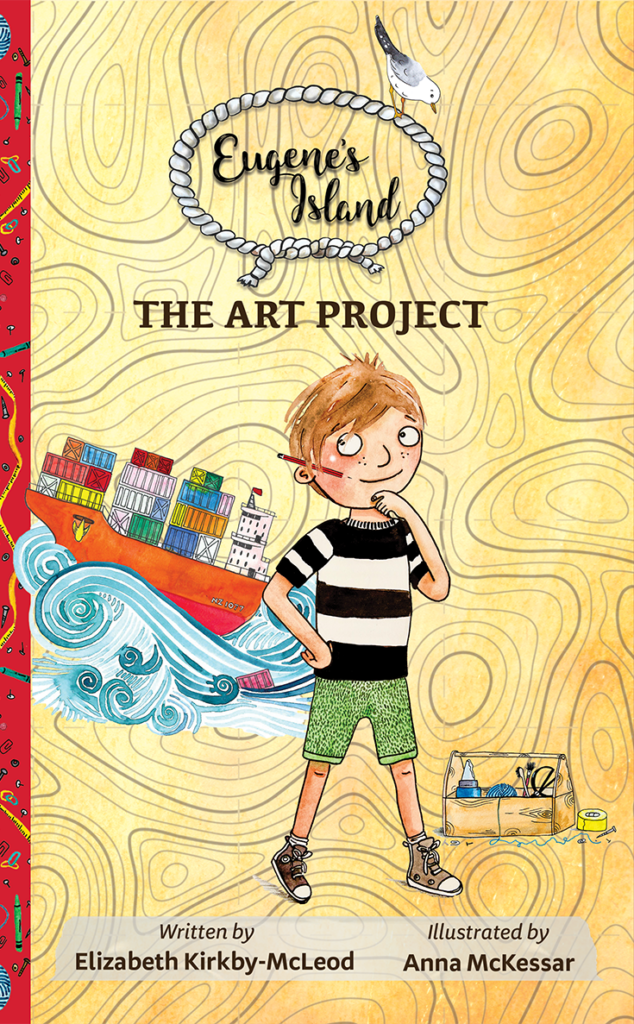