The Cambridge Volunteer Fire Brigade’s new chief fire officer Dennis Hunt is promising a tenure that honours the work done by his predecessor Don Gerrand while acknowledging a need to bring the brigade into the future.

After navigating his way through the formal application channels, Dennis received an official letter on June 2 elevating him to the rank of chief fire officer. By then, he had been in the brigade for almost 35 years and deputy fire chief for two years.  He said last week that the circumstances around the changeover were not as either of them would have wished.

Don Gerrand died on May 2.

“For the last couple of years he had been saying he was grooming me to take over, but it happened before either of us expected,” he said.

The new chief  has lived and worked in Cambridge all his life and knows the value of the brigade and its crew to the town. 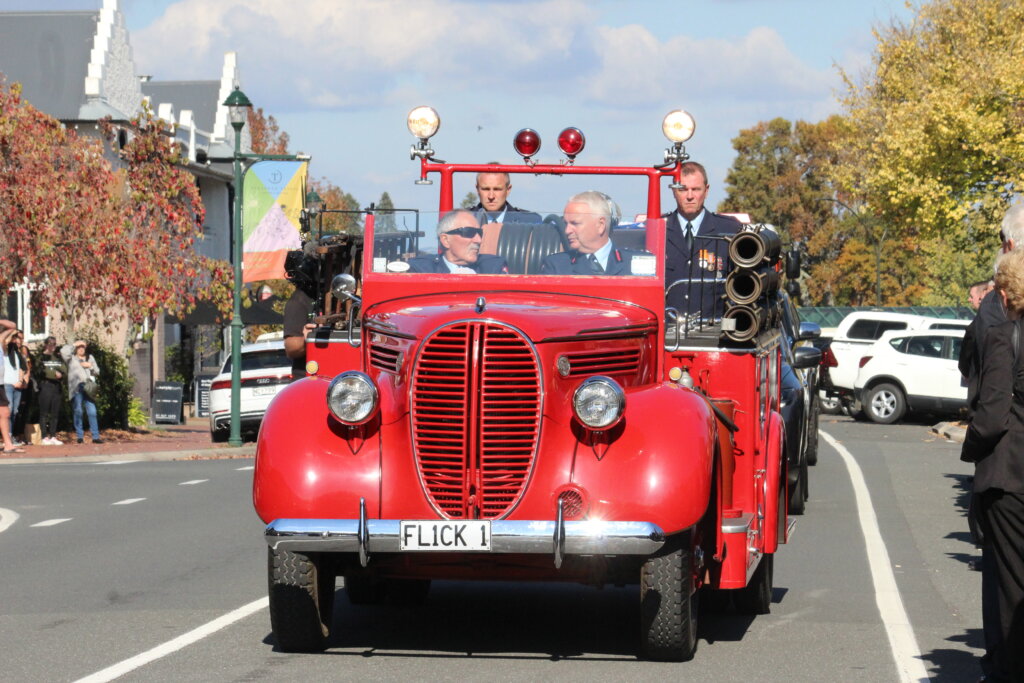 November will mark Dennis’ 35th year with the brigade. “It was a case of being at the right place at the right time when I joined. Someone I knew suggested it and I quickly put my letter in for the next intake.  Right from the start I loved it. I was the third of three to be accepted, and the only one still here.”

There has been a recent surge in enquiries from people wanting to join, he said, and he is in the process of taking some of them through their paces before any commitment is called for.  “There are 10 in all keen to come on board… we haven’t seen anything like that for a very long time.”

Part of that early process is familiarising hopefuls of the changes to the brigade’s activities over the years, and of what will be asked of them.  Larger fire calls have dropped off, as have the bigger road crashes.  They have always been called to emergencies and done their share of helping cut people from crashed vehicles, but it is only in recent years that more emphasis has fallen on medical incidents.

Firefighters now train in CPR and other emergency measures through St John and attend medical callouts alongside the ambulance service when cardiac arrest is suspected, sometimes arriving on the scene first.  Their focus is on the CPR side while the St John crew deal with whatever other medical issues might present.  Increases have also been noted in weather-related callouts, downed trees or power lines, and this year particularly, in structure burns such as those in shed, barns and the like.

“As the town grows, so do the number of those incidents,” said Dennis, who with the support of his wife Trish and his workplace, Van Dyks Flooring, intends to put his own mark on the brigade as his tenure unfolds.

“I will probably bring it more into the modern world.  Don was old school, he didn’t like doing social media … there will be some changes,” he said.  “I know I’ve got really big boots to fill, but I’m going to give it one hell of a shot.”