The trust behind three proposed sporting halls of fame in Waipā has embarked on its months’ long engagement campaign by presenting to the Cambridge Community Board.

Trust chair Graeme Maw has also released a video exclusively to The News for our website cambridgenews.nz which it is using to explain its plans for the proposed Velodrome venue. View the video below.

The halls of fame will comprise New Zealand, racing and Māori exhibits with a multi-sensory and interactive twist.

For the sporting halls to proceed, the Home of Cycling Trust needs $750,000 from Waipā District Council to show other backers the district was the best place to celebrate New Zealand’s sporting and creative success.

Waipā district councillors have told the trust it needs to see evidence of community engagement before it decides whether to provide any funding.

Maw told The News trustees would engage with community and business groups to talk about its plans.

One sport also considering making a move to Cambridge is Golf New Zealand. The national golf body had a memorandum of understanding to establish a Centre of Excellence in Cambridge, but that agreement lapsed five years ago.

Chief executive Dean Murphy said Golf NZ was still considering its options and Cambridge remained a possibility. Like the existing racing and Māori halls of fame, golf has a virtual one although one of its most famous golfers, Sir Bob Charles, features in the current Sporting Hall of Fame exhibition at Dunedin Railway Station.

St Peter’s School has had a golf academy since 2005 which comprises a driving range and all-weather golf training facilities.

Plans to establish a housing development to the east of the school towards Cambridge could be adapted to include grounds suitable for a golfing academy and cement the sports’ involvement with the halls of fame.

Equestrian is another sport Maw says the trust is talking to about its plans. An artists’ impression of the expanded Velodrome which would house the New Zealand Sports Hall of Fame.

The trust commissioned Rick Pearson from Pearson and Associates to come up with designs for an exhibition design in an expanded Velodrome. 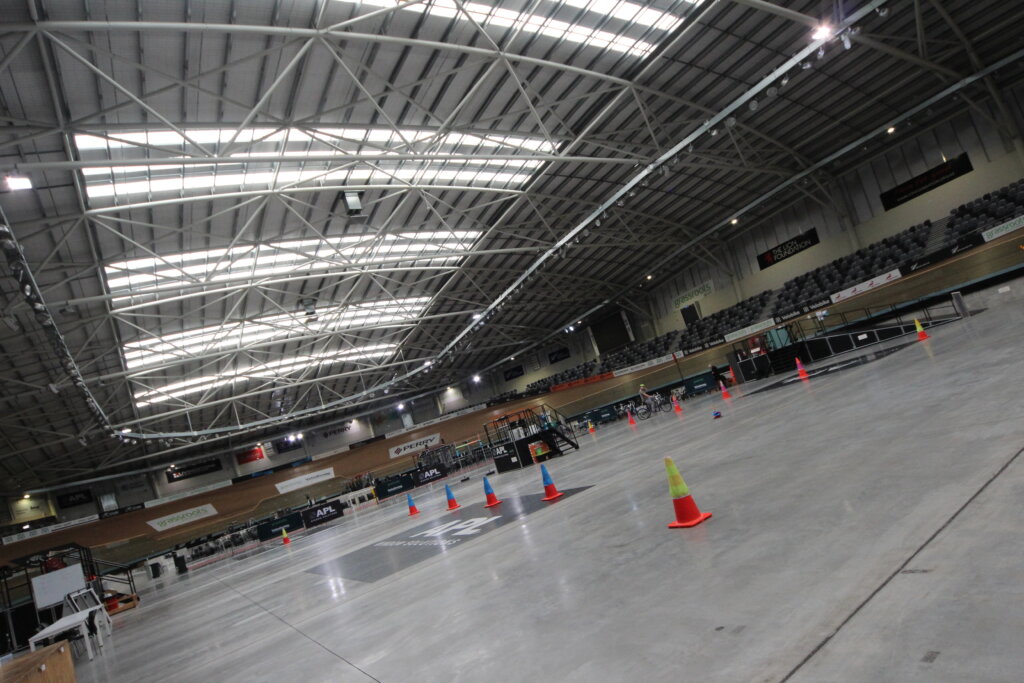 Inside the Velodrome. The extension would extend out to the east, in the right of this picture, on the Cambridge town side.

Maw said the Home of Cycling Trust wanted the halls of fame not only to house exhibitions but also to provide virtual and simulated competition experiences. Participants could compare their strength, speed and stamina with the world’s best athletes.

Schools would have the opportunity to participate with sports learning kits providing virtual platforms.

Cambridge Principals’ Association chair Kim Budd said she was excited by the large emphasis on education and interactive displays.

“We see having this asset or taonga on our doorstep as a real bonus for our local schools, their family and whanau and the wider community. Learners within all our schools will be able to enjoy a first-hand experience of New Zealand sports history, and the individuals and teams that made and make this up,” she said.

Sport Waikato chief executive Matthew Cooper is also a fan of the interactive aspect of the Sports Hall of Fame model. Trustees Alan Livingston, left, and Graeme Maw, right, at the Velodrome. Behind them is where the sporting halls of fame would be located.