A charitable trust tasked with turning around the fortunes of the Cambridge Town Hall has finally reached an agreement with Waipā District Council more than a year after its formation.

The 20-year agreement has a right of renewal for a further 13 years but either party may terminate with two years’ notice.

The council’s Finance and Corporate committee ratified the agreement this week. The trust will take over running the Town Hall, the piazza in front leading up to the Cenotaph, the gardens and the car park in Queen Street from July 1.

Trust chair Kirsty Johnson said the Town Hall had several major barriers to usage and so the first 12-24 months would involve addressing the issues.

“The major themes were the kitchen, which is currently not suitable for caterers, seeking a liquor licence to suit the variety of anticipated events, general upgrading and presentation technology such as sound systems, presentation screens and Wi-Fi,” she said.

“Trustees are committed to engaging with residents around the Town Hall’s future.

“It’s an iconic local asset and we know the community will have some fantastic ideas around how we can rejuvenate and breathe new life into it.”

Activities have now been planned to engage the community in the activation phase, she said and would involve taking them on a journey to reimagine the Town Hall.

Destination Cambridge leases part of the Town Hall for an i-Site and visitor centre. That lease runs till June 30 next year. The council also has a Town Hall management contract with Destination Cambridge which the trust will take over. Negotiations are underway to extend that contract.

Cr Clare St Pierre told the Finance and Corporate committee it was exciting to see the new model in place for the Town Hall.

She asked for clarification around whether the trust would be able to seek external funding.

Acting Property Services manager Chris Ryan said that was one of the “great features” of the system put in place by the council.

The trust would be able to apply for funding that would not be available to the council, he said.

Deputy chief executive Ken Morris said the trust would make a presentation at next month’s Finance and Corporate committee meeting.

Highlights of the agreement between council and the trust are:

·        The trust creates a three-yearly ‘Strategic Plan’ to coincide with council’s Long Term Plan cycle and an asset management plan to set out its required works for the Town Hall’s upkeep.

·        It also creates an Annual Statement of Intent to coincide with council’s Annual Plan process.

·        Council funds the trust in accordance with the trust’s Annual Statement of Intent and agreed capital works’ programme.

·        The trust reports twice yearly to council on its performance. 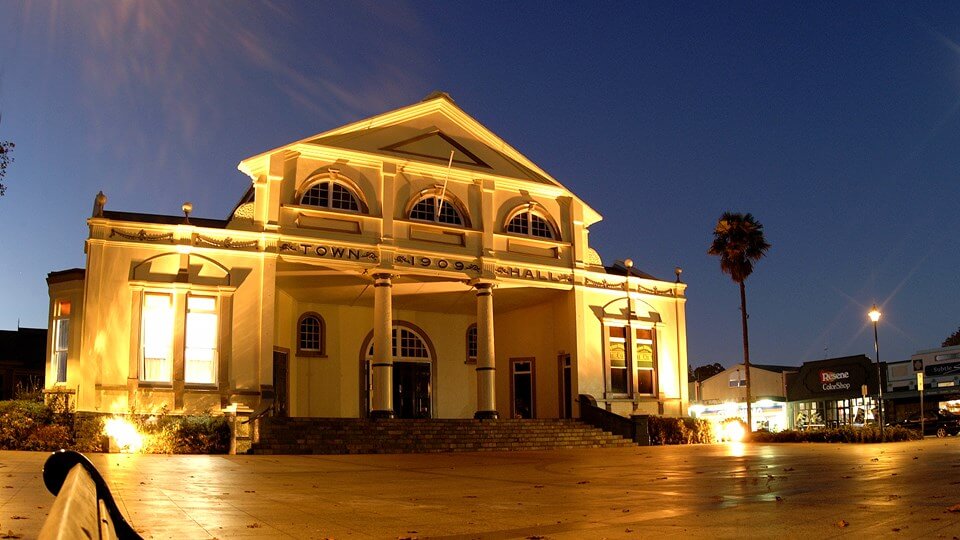 The council allocated $40,000 to the trust for the 2022-2023 fiscal year to go with the $120,000 operating costs and $4.1 million given last year in the Long Term Plan to undertake strengthening and earthquake work.