Ensuring it’s not a flat night… 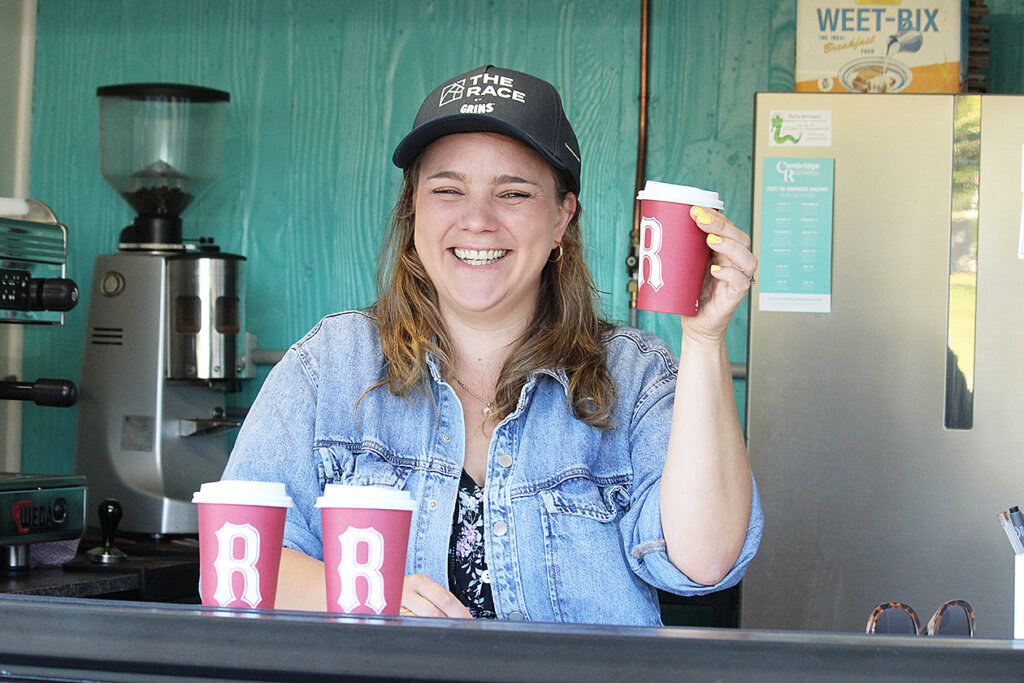 The Cambridge Raceway barista has made thousands of cups since her first 15 years ago and tomorrow (Thursday) she will resist any pressure to cut corners at The Race meeting.

Punters, trainers, owners and drivers regularly make a beeline for the old ticket booth where the 34-year-old mixes her coffee making skills with the marketing savvy she learned after leaving high school.

“You’ve got to listen to your customers, engage with them while at the same time using good techniques to make the best coffee.

“It’s all about the customer.”

She is excited about the event which is the first harness racing slot race in Australasia and New Zealand’s richest standardbred race with a stake of $900,000.

During the week she helped The Raceway’s promotion team, handing out brochures and fliers around town to get the punters along.

It has been a while since anyone asked her where she got her name from, she says in response to The News’ query.

Most who work at The Raceway are too young to remember Captain and Tennille with their 1975 chart topper “Love Will Keep Us Together.”

It was a favourite of Tennille’s mother Jennifer Patton who with her husband Ian founded Jennian Homes in 1982.

Tennille was born in the old Cambridge maternity home, moved away to Hamilton with her parents and came back to town in 2016 with daughter Kaia, now seven.

Married to Dean Hawkins, who co-owns Wentwood Grange, the couple have a blended family with Dean’s son Liam, 11, and their 21-month-old son Jack.

Kaia, who goes to Goodwood School, has watched her mother make that many cups of coffee she dreams of being a barista herself one day. 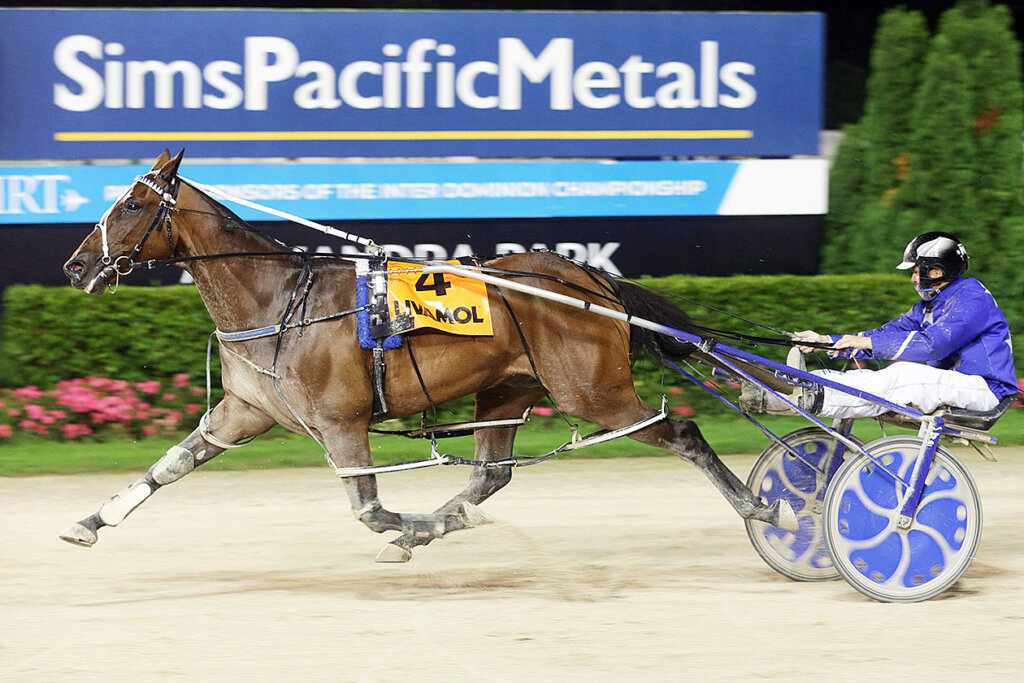 Pukekohe-based Self Assured picked up an unfavourable draw on Saturday, but is still regarded as the horse to beat in the country’s richest harness race tomorrow in Cambridge.
The Race by Grins (2200m) at Cambridge Raceway, with a stake of $900,000, is the first harness slot race in Australasia and has drawn four Australian horses in a nine-strong field.
They are the only mare in the race, Stylish Memphis, veteran gelding Alta Orlando, February’s Group One Newcastle Mile winner Mach Dan and Majestic Cruiser.
Trainer Mark Purdon says he will have to produce the performance of his career to win from barrier 8. It will mean pulling back, maybe all the way to last, before making a mid-race move, hoping the speed merchants Alta Orlando (barrier 2), Spankem (3) and Mach Dan (5) set up a tempo that allows the backmarkers into the contest.
“It really wasn’t the barrier we wanted,” said Purdon. “He is going to have to go back but there does look to be huge speed early so hopefully they go hard.
“I think Brent (Mangos, driver of South Coast Arden) might take it easy early too so we could end up coming into the race later.
Gates open for The Race By Grins evening race meeting at 5pm. There will be eight races from 6.05pm to 9.20pm including the feature event at 8.55pm.
For more details go to therace.nz