At just 10, Wolf Hucke was a stocky, determined little fellow.

“I thought I was the brave one … that I would save the world,” he laughs now, an octogenarian with a full cache of memories. “But I was lucky that day.”

He certainly was.  The column stopped and a soldier from the lead vehicle sized up his opponent. Figuring the diminutive lad was unlikely to be a German soldier or member of the Hitler youth, he popped the boy over his knee, and gave him “a good hiding” with his belt.

“After that he gave me a slab of chocolate,” Wolf grinned.  “My mother clapped when I got that hiding.  She knew I had wanted to be a soldier from the time I could think.”

Eight years later, with training as a miner under his belt, Wolf tried for the French Foreign Legion.  Like many young men, he was attracted to the excitement and fine reputation held by the Legionnaires.

“Everybody knew about them, but it was not that easy to get in.   They are really fussy … they grilled you hard, both physically and mentally.”

Wolf passed muster and went through the gruelling training programme.  He became a member of the Premier BEP (1st Battalion Parachutists) and saw service in Algeria and the Suez crisis. 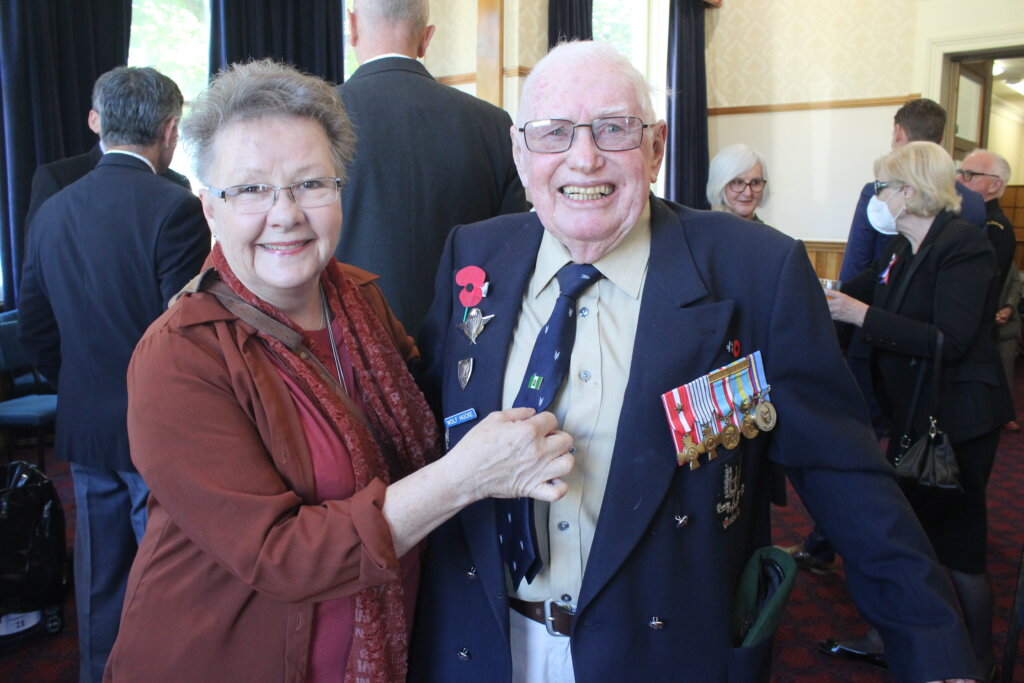 “Everything they did was at 200 per cent. The Legion was not as easy place to be a soldier, but it was an honest place.  I enjoyed every bit of my time there.”

After five years, he moved on, joining a group of highly-trained soldiers who made up a mercenary force operating in the then Congo, seeing action and rescuing civilians. Next, he volunteered his skills in the then Rhodesia, now Zimbabwe. He joined Rhodesia’s C Squadron 22 SAS Regiment, spending 10 years there during the country’s war of independence. He trained as a medic at Bulawayo’s Mpilo Hospital and found himself at the sharp end of action in the African bush.

Wolf came to New Zealand in 1979 with his first wife and family.  He spent time the Air Force until 1991, and with 1 Field Ambulance, NZ Army Medical Corp as a general service hand.

There has never been a moment’s regret about choosing the life of a soldier.  He comes from a line of military men, and his sons followed suit.

Wolf and his second wife, Alison, have lived here for four years.  They met when they were both working in Hamilton as trainers for the Red Cross.  Later, they opened and ran a café in the city before Alison’s teaching jobs saw them move around the country for several years.

“Where I would teach, Wolf would end up as the caretaker,” she smiled.

Today, the pair live at Cambridge Resthaven, where Alison is active in the community garden.  The pair never miss an Anzac Day and will be there on Monday alongside Alison’s 101-year-old dad, Les Winslade QSM. Former parachutists with the French Foreign Legion reminisced at a recent RSA event. They are, from left, Gary Dick from Auckland, Wolfe Hucke from Cambridge, and Rotorua’s Phil Taikato.