Goodwood School’s new four-classroom block is blue inside and out and green all over.

“As an Enviroschool we prioritised a number of features including solar power that fully powers the block, a rainwater harvesting system and an environmentally friendly organic septic system,” principal David Graham said.

Two of the new classrooms, which can operate independently or be opened to allow collaboration across spaces, will be used by year 1 and 2 students, and the other two by year 3 and 4 children.

“I’m excited because of the art areas,” she said.  “Arts and crafts is my special talent.  There are also different spaces to write in.”

Jessica Hawkins, six, is also a fan and is excited to have a place for science experiments.

“It will be so much fun,” she said.  “I love it because we are the very first ones to go into the new classrooms.”

The new block completes stage one of a major school redevelopment, which will eventually include another classroom, extensive covered decking and a new adventure playground. 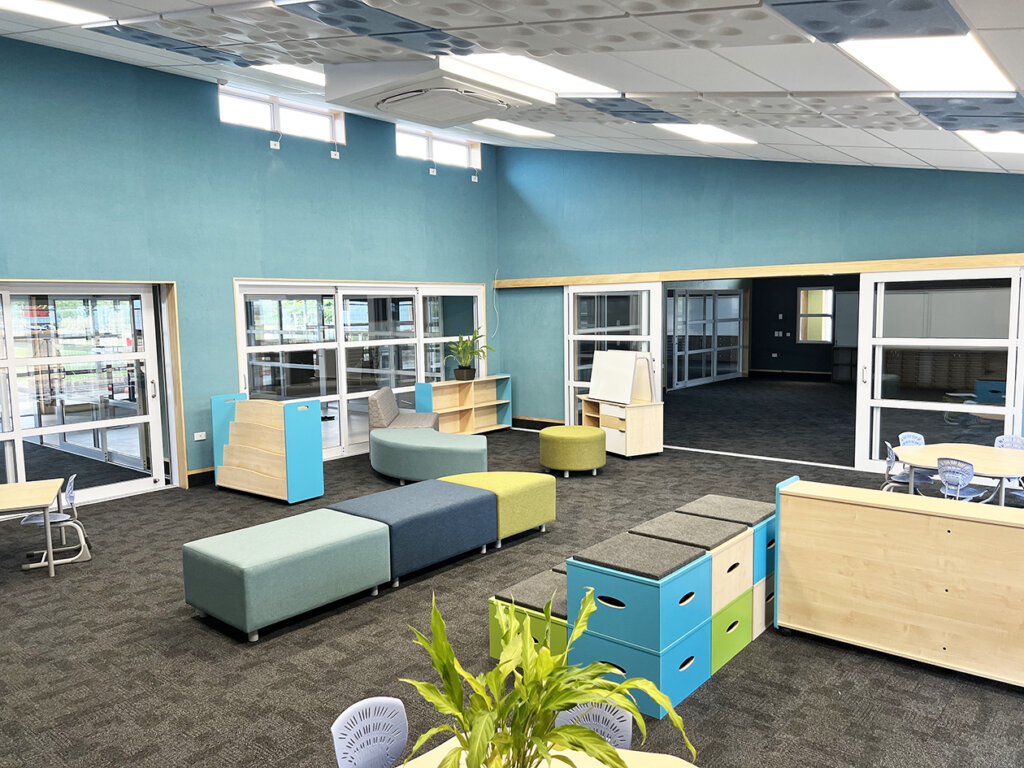 Mr Graham praised contractor Lobell Construction for “successfully navigating Covid restrictions and supply chain challenges” to deliver the much needed block only a week or two later than scheduled.

“The project has been managed by the school’s Board of Trustees under the expert guidance of Goodwood School parent Scott Deschenes despite its considerable size and complexity,” he said.

“This allowed a degree of flexibility in keeping the design true to the school’s values and allowing us to incorporate a range of environmentally friendly features.  It reflects the ongoing growth being experienced in Cambridge north, allowing the school to develop in a planned and sustainable way.”