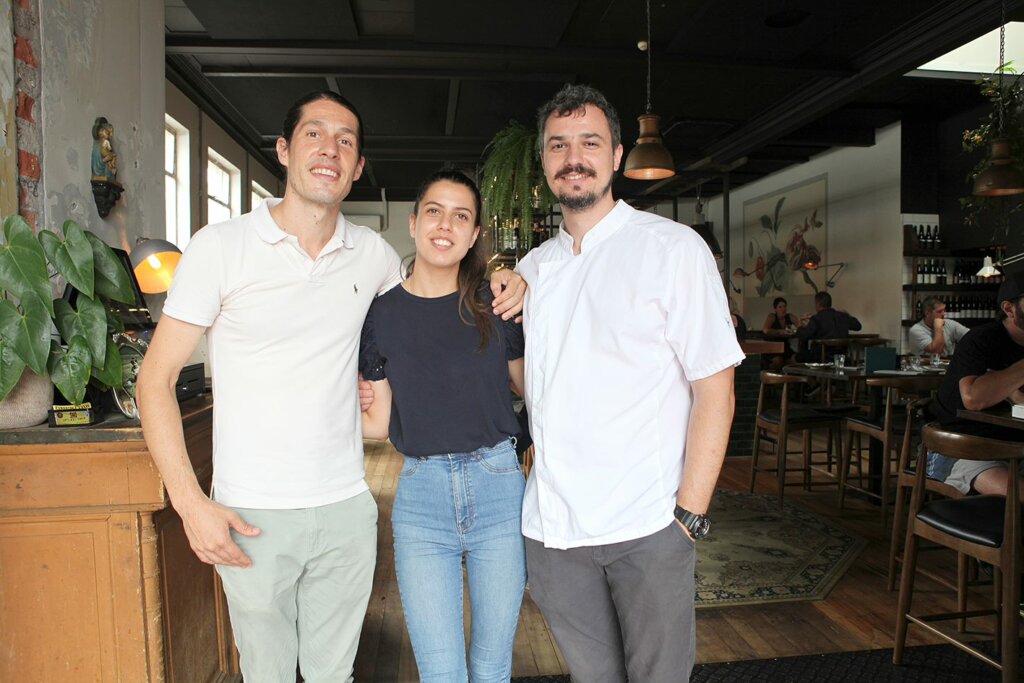 Alpino Cambridge co-owner Riccardo Carminati and his team are fizzing after coming within a sniff of winning New Zealand’s version of a Michelin star.

The Italian restaurant has been listed as one of the country’s best by Cuisine magazine, joining 133 others to make the cut for the Cuisine Good Food Guide 2021/2022.

“Alpino really deliver on their promise to their customer,” said Cuisine editor and co-owner Kelli Brett.

“You walk into that room and it’s just such a comfortable, amazing, buzzy atmosphere in there and then the food starts rolling out and it’s generous portions and it’s delicious and it’s full of flavour and the cocktails are great and the wine list is good and it’s so much fun… it’s just full of Italian hospitality and it really delivers on its promise.  The building, everything all comes together to make it so very special.”

“We fly judges around the country and we pay for accommodation, so it’s an expensive exercise and it’s a very prestigious list,” she said.

“To be on that list is something that a restaurant can be really, really proud of because it means they’re at the top of their game.”

“The chef’s hat is the equivalent of a Michelin star to New Zealand,” Brett said.

Co-owner Riccardo Carminati, who was born in northern Italy and has worked in the hospitality industry all his life, joined the restaurant in 2018 and became a co-owner with Noel Cimadom and Kim Smythe in 2019.

“Since I came here in 2018 to where we are now we went through very long journey,” he said.

He sent a  thank you to the local community for its support and said the restaurant’s head chef Branislav Petkovik and manager Angela Nikolic, both from Serbia, were a big part of its winning formula.

“They are amazing, they make the difference,” he said.

Carminati, Petkovik and Nikolic said they would love to bring a Cuisine chef’s hat to Cambridge next year.

“I really want it of course,” Carminati said.  “I think where we are now – of course we need to keep it consistent – but we can just improve.  The only way to get it is every day you show up here and you do your best.  And we do our best for everyone because this is hospitality.”

Alpino also tasted success at last August’s Waikato Hospitality Awards, where it was crowned Outstanding Restaurant of the Year.