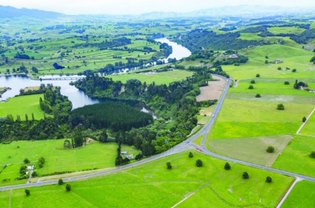 The Piarere intersection is one of the worst in the region for crashes.

Waka Kotahi staff will  front up to shoppers in Cambridge next Tuesday to discuss the proposed solution to one of the region’s biggest black spots.

The intersection of State Highway 1 and 29 at Piarere is to be moved and turned into a roundabout under proposals waiting for clearance from the Waikato Regional Council and the South Waikato and Matamata-Piako district counicls.

The roading agency will set up shop outside the BNZ in Cambridge next Tuesday from 3-6pm  to give punters an opportunity to discuss the plans.

A northwest exit from the roundabout, which initially will be a road to nowhere, would eventually be the link to the Waikato Expressway.

The intersection brings traffic from the south, north and Tauranga together. It is a busy business route and extensively used by holiday traffic.

National was set to extend the Waikato Expressway to Piarere, but the Labour led Government shelved the project – a move which drew considerable criticism.

Waka Kotahi has since approved a business case for the 16km, $630 million-plus  extension of the expressway – but work will not start for at least five years.