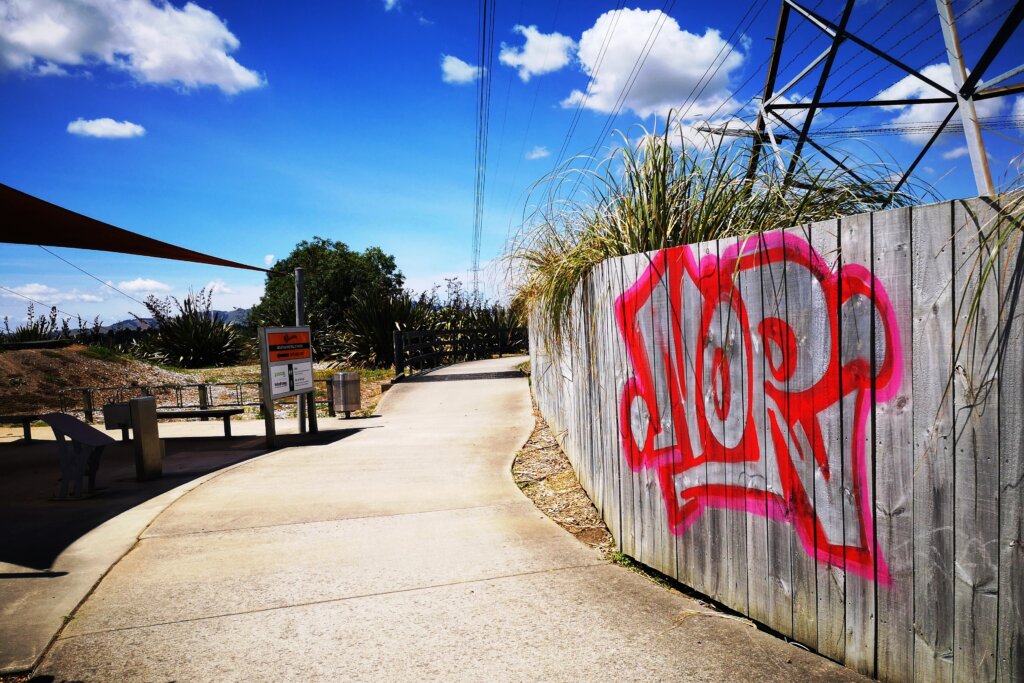 ’Twas the season to be tagging, and dumping.

The News camera found it easy to pick up evidence of festive season fly tipping and graffiti over the holiday break.

Taggers took to the fence around the new walkway construction site between Cambridge and Tamahere. They managed to get their hands on fluoro red and pink paint – and publicise the fact.

It was a noisy New Year for some, but the national police communications team said it had nothing on file about boy racer incidents over the festive season in Waipā.

The News heard reports of boy racer incidents, including one in Tulip Close where it was understood three police cars were on the scene.

News staff in Tamahere also heard the boy racers, reporting what sounded like a rally event at midnight and 2am over New Year.

Meanwhile, a 12-year-old is among four children arrested following the robbery of a Robinson St convenience in Cambridge store on Monday evening.

A 16-year-old appeared in the Hamilton Youth Court on Tuesday, and three others aged 12, 13 and 14 were expected to be referred to Youth Aid, Stuff quoted police saying.

• Are you seeing a rise in crime? Let us know at [email protected]