Something in the water 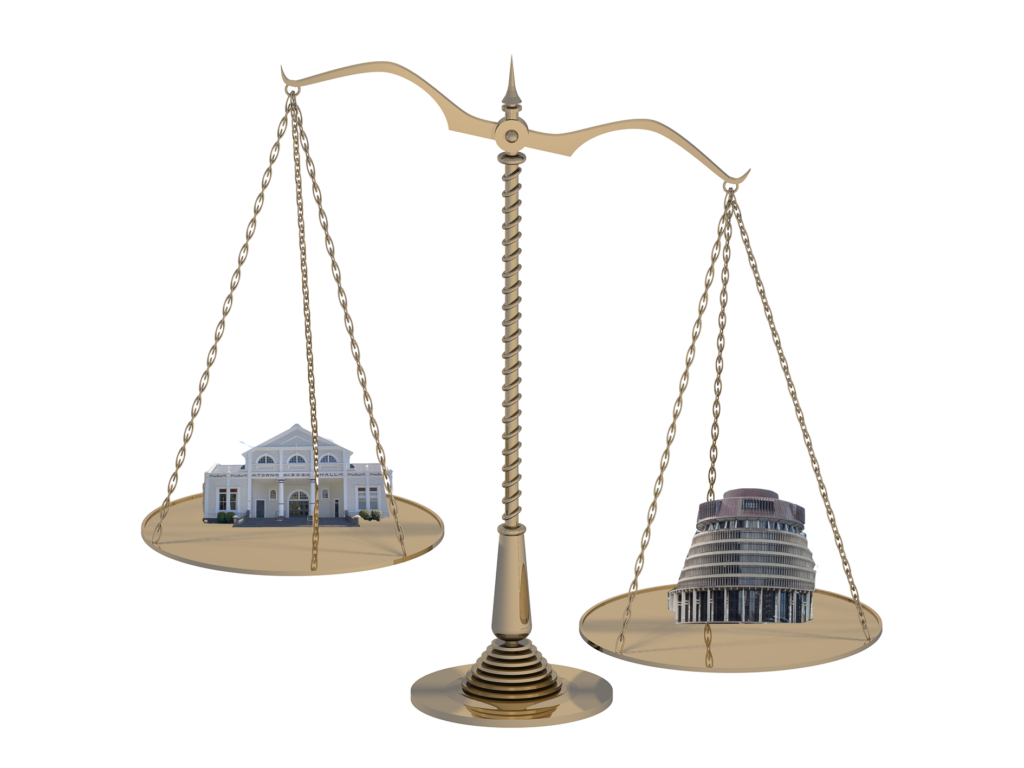 In the early 90’s New Zealand decided that the parliamentary system should remain a singular House of Representatives – but that a portion of the membership could effectively get a free ride onto the green leather seats.

The new methodology was affected with half the members electorally placed into the House and the other half gaining their seats by way of a mixture of party preferences both numerically and personally.

That has become the status quo, causing a smattering or clutch of political wannabees to be elevated to political stardom and, effectively, watering down the possibility of decisive government.

Some may consider that to be a blessing to stymie the effect of an all-powerful single party ruling with legislative changes which may be more aligned to political ideology rather than ensuring what should be the common good for the country.

Until 70 years ago, New Zealand had a two-House system of the type practised in the USA and the United Kingdom. However Prime Minister Tony Blair took his knife to the House of Lords, ensuring that old-family privilege and church influences upon legislation was watered down.

About 40 per cent of governments world-wide use the two-house system to ensure checks and balances are in place.

The reason for this political thesis is to look at the manner by which the Three Waters study is being rolled out. If we treat local elected councils as an effective ‘lower’ house for a moment, approximately 85 per cent of these bodies are opposed to the Three Waters argument.

Our local Council, Waipa, appear to be on top of their game in ensuring maximisation of clean and abundant water.

But we have a muddled cesspit of governance where common sense – or at least common courtesy – is going out of the window by a minister hell-bent on getting her own way. The picture is muddied by two factors –  one, the dangling of a cash carrot and the other the attempt to over-lay the governance of the whole system with an ethnically chosen board out of whack with census facts.

And here is the rub. Generally New Zealand parliaments pander (some would say correctly) to the wishes of the voters. As a result of MMP we have been experiencing very soft legislation aimed at satisfying the least common denominator. Hard-hitting policies and associated action appear to have disappeared. Until Three Waters came along.

This thrust is the antithesis of the government’s most recent changes to how the virus out-turns should be handled. There, the government is choosing to pander to ‘the people’ in view of their fast-growing hatred of not only lockdowns but also the threat to the economic well-being of the commercial aspects of the nation.

We are at a very interesting moment in this political triennium. And close enough to October 2023 to still remember. Most governments in a three-year parliament try to inject the heavy legislation in their middle year. We are currently just entering that year. Watch this space.