David Butcher represented New Zealand in 2013 at the World Drivers’ Championship in France, where he won a race at Caen. In a town chock-a-block with sporting champions, you’d be hard-pressed to recognise arguably one of its greatest.

David Butcher has been at or near the top of his harness racing game since he drove his first winner Missy Crockett at Claudelands Raceway on August 21, 1981.

Claudelands has long since gone as a harness racing venue, but Butcher is still notching up wins in the sulky 40 years later including three on Friday night at Cambridge Raceway – taking his lifetime victories to 2500. The 57-year-old sits at number four in the all-time list of winning New Zealand drivers.

“They’re all a lot older than me so I’ve still got time,” says Butcher, an old boy of St Peter’s Catholic and Cambridge High schools and father of four.

This season he lies eighth in the premiership table but more importantly ahead of his two sons Zachary and Benjamin, top drivers in their own rights.

Butcher has also trained hundreds of champion pacers either on his own or with his late father John.

He is honoured in Cambridge, like many other Waipā champions, not with a plaque on the footpath, but on a wall, alongside fellow Cambridge reinsman Tony Shaw. The two drove Inter Dominion Pacing Championship winners; Butcher’s behind Elsu in 2005.

Butcher has also represented New Zealand – in 2013 he was selected for the World Drivers’ championship in France, winning a race at Caen.

That was an opportunity for Butcher and his wife Wanda to have an extended holiday. They were seven weeks away touring Europe and the United States.

“She deserved it. She has made me a better person,” he says.

Fitness has always been important for Butcher. 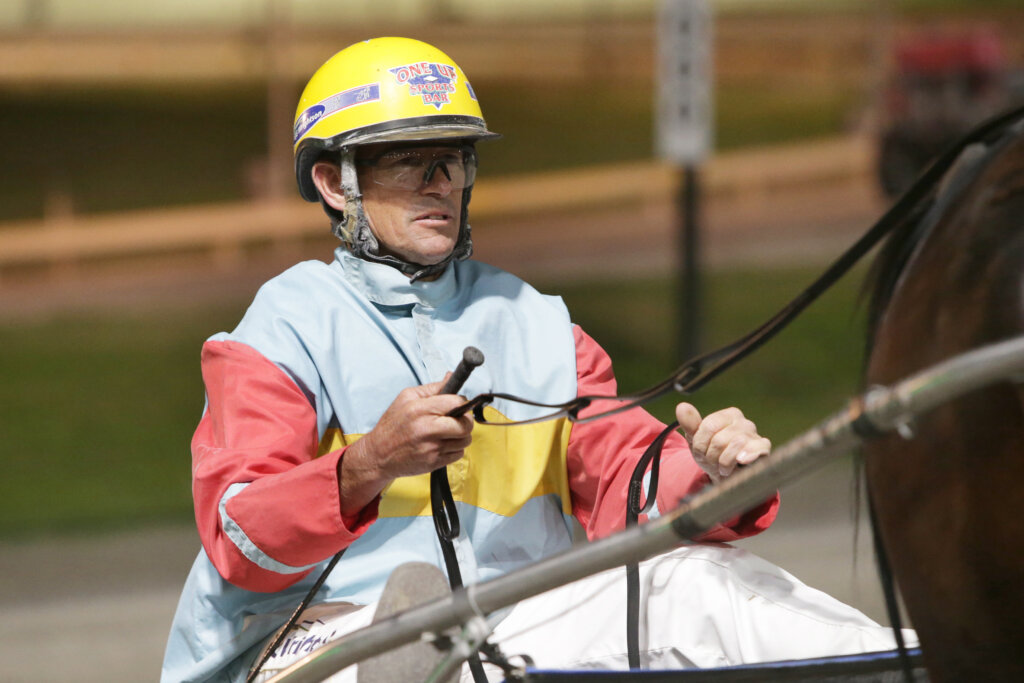 That remarkable fitness enabled him to bounce back from three serious injuries including one six years ago when a horse kicked him in the chest. He ended up in Waikato Hospital’s high dependency unit with multiple internal injuries.

So why does he keep driving when he could be training some hand-picked horses and letting his sons drive them through a tiring season?

“I still love it. It’s a lifestyle and I’ve enjoyed it.”

It is clearly in the blood too. His father John drove 305 winners in a career which ended after an horrific crash at Cambridge Raceway in January 1970; brother Philip is now retired, and nephews Stephen and Shane have temporarily given the game away.

“It’s probably my boys Zac and Ben that have kept me interested,” says Butcher as he hints he now has his eyes on 3000 wins.

That goes without saying although the arrival 16 months ago of granddaughter Elodie is one reason he might be inclined to slow down, says Butcher.

He loves being a granddad.