Entries for this year’s Christmas Parade on December 5 are now open.

Planners of the Cambridge Christmas Parade have announced details of this year’s event and have declared the 2021 parade theme as ‘A Sporty Christmas’.

Last year’s event saw a full complement of floats take part, including vintage cars, animals, performers and musicians, dancers, tractors and other vehicles, along with the appearance of Santa and Mrs Claus.  A highlight in 2020 was a contingent of stylish Straggler’s Car Club vehicles which Miff said would be returning.

Float categories this year will be schools, community groups, preschools, and business, and all floats, except those in the business category, will be free.  Business floats will cost $40.

They will be judged across four criteria – evidence of ‘A Sporty Christmas’ theme; aesthetic appeal, colour and vibrancy; people involvement with the float in the parade; and originality and novelty.  All category winners will receive a substantial gift certificate, and the overall winner will be selected from the category winners to take the title of best float. Category sponsors include New World Cambridge, Cambridge Community Board, Kaz Designs, GW Scott & Associates, and Scriptique PR.

The parade on Sunday December 5 will start at 2pm and last about 45 minutes.  Camille Guzwell from The Breeze will return in 2021 to emcee the event.

Miff said the parade wouldn’t be possible without the support of principal sponsor New World Cambridge. The committee is also supported by the Waipā District Council events team and a raft of volunteers, including those from Cambridge Rotary, New World Cambridge, Cambridge i-SITE and Destination Cambridge.

“They provide the 50-body person-power to ensure health and safety, and crowd control to make it a safe event for families,” she said. “We are very grateful to them for giving up their Sunday and helping make the event a success.” 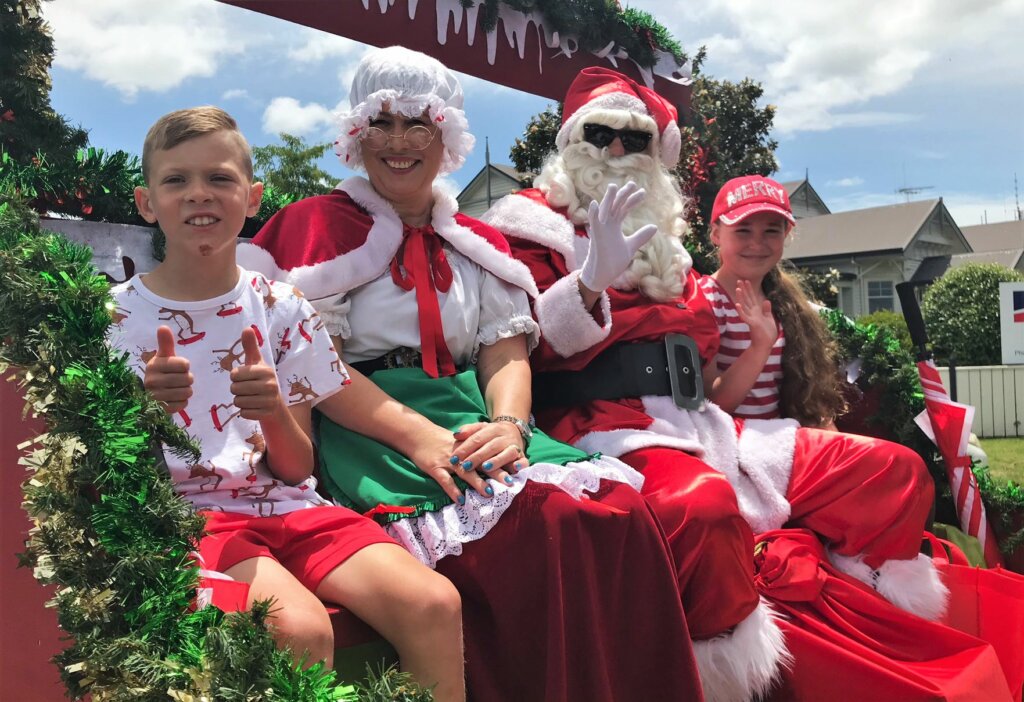 Parade manager Vicki Ewing wants first time float entrants to get involved this year. “It is actually a great opportunity for local businesses and groups to get their name out there, in front of a crowd of around 2000 people on the day. Floats can be as simple or as complex as people like,” she said.

Entries are now open and will be until November 26.  Entry forms are available from Cambridge i-SITE, either by calling in, by phoning 823 3456, or by emailing info@cambridge.co.nz.  The number of entries will be limited to around 50 – as they go fast, those keen to nab a slot should get in early.

Miff said that the parade will proceed only at Covid Level 1, subject to any changes that might be announced around Level 1 gatherings. Float entries can be refunded up to November 26.