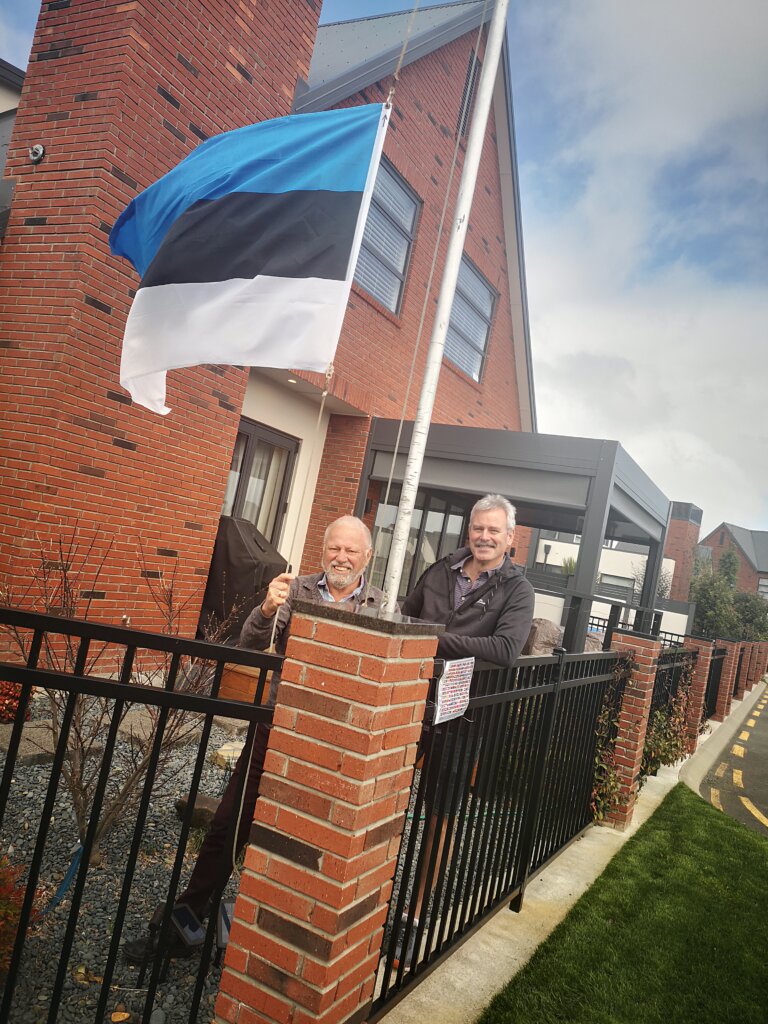 Frank Broekmans and Kevin Pepperell might be two of Cambridge’s newest residents, but they’ve quickly endeared themselves to the community with their collection of flags.

Every day Frank hoists a nation’s flag on the flag post outside their Cambridge Park home overlooking The Oval.

When The News visited on Monday, it was the Estonian flag fluttering in the wind. During the weekend it was the Stars and Stripes American flag on display to honour the 20th anniversary of the September 11 terrorist attacks.

The couple, who were Air New Zealand flight attendants when they met in Tahiti 31 years ago, moved from Albany to Cambridge just over two years ago.

“Cambridge for me is the place I expected New Zealand to be when I came here in 1988,” says Frank, who is originally from Holland.

The 80 plus flags they have represent all the countries they have flown into. Outside their house they have a laminated sheet showing a list of flags so people can look to see which one is on the flagpole.

“Children love it,” says Frank whose love of flags started back in 1976 when he was still living in Holland but was billeted for a time in Denmark.

“Most homes in Denmark have flagpoles and so it started from there,” he said.

Frank retired from Air New Zealand before the move to Cambridge and now works part time as a medical centre receptionist while Kevin still works as a flight attendant albeit nowhere near as busy as he was before Covid 19.

The house the couple moved into was one of many designed by Albert van Vliet bordering Cambridge Park’s recreational oval reserve.

“We don’t regret the move at all,” said Kevin.

Neither it seems do their neighbours one of whom recently shared some home baking with them in gratitude.