When Terry Honan takes his sleek 1971 Ford Mustang convertible out for a spin, he knows it will turn heads. 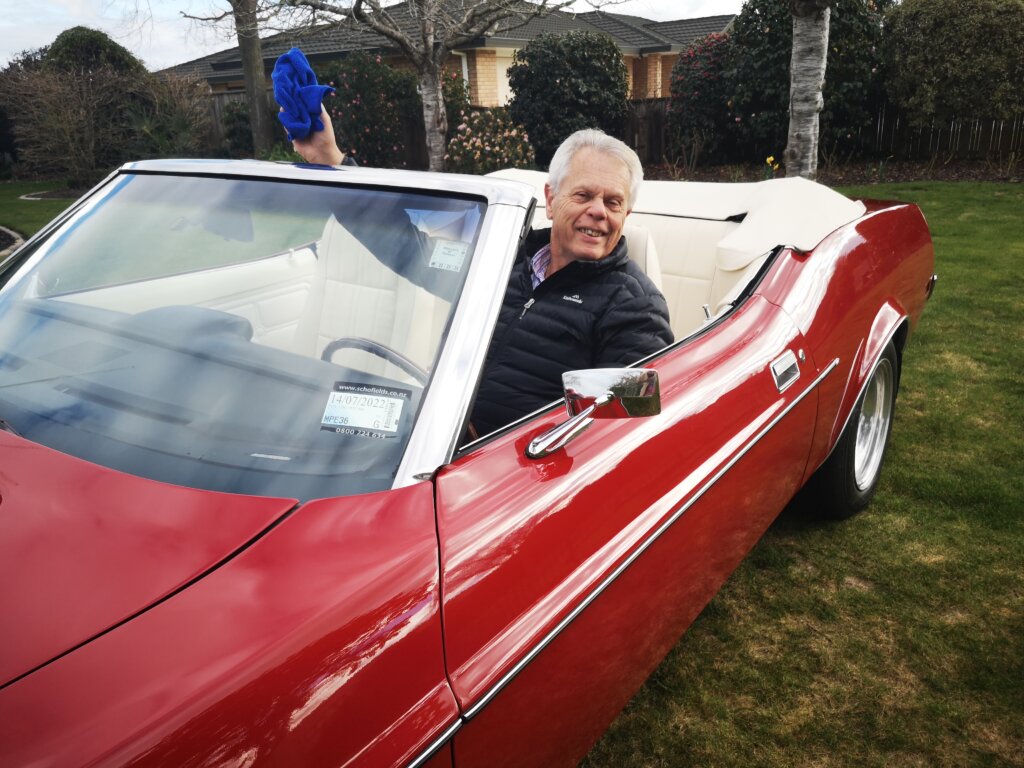 Some do a double take when he is on his own because it is a left-hand drive car, others look enviously at the combination of cream vinyl seats, convertible top, and freshly painted candy apple red colour.

The car was to be on display at the Waikato Vintage Car Club’s Open Day at the clubrooms in Maclean Street, Cambridge on Sunday August 22 while other members were out raising money for the Cancer Society in their annual Daffodil Rally for Cancer. But the rally was cancelled because of Covid 19 Lockdown.

The rally was to leave outside Leamington Primary School in Lamb Street at 9.30am and cars of all shapes, sizes and eras were invited to take part. The $10 entry fee was to go straight to the Cancer Society.

Rallies were to set out from Cambridge, Te Awamutu, Morrinsville and Hamilton to converge in Cambridge an hour later for a sausage sizzle, coffee cart and car displays.

Terry, a retired Schofield Holden motor mechanic, was to have his car there. His wife Annette calls the car Candy because of its bright red colour but Terry prefers to just call it his car.

He bought it about two years ago and it is the second Mustang he has owned. He had a 1971 hard top, like the model seen in the James Bond movie Diamonds Are Forever. 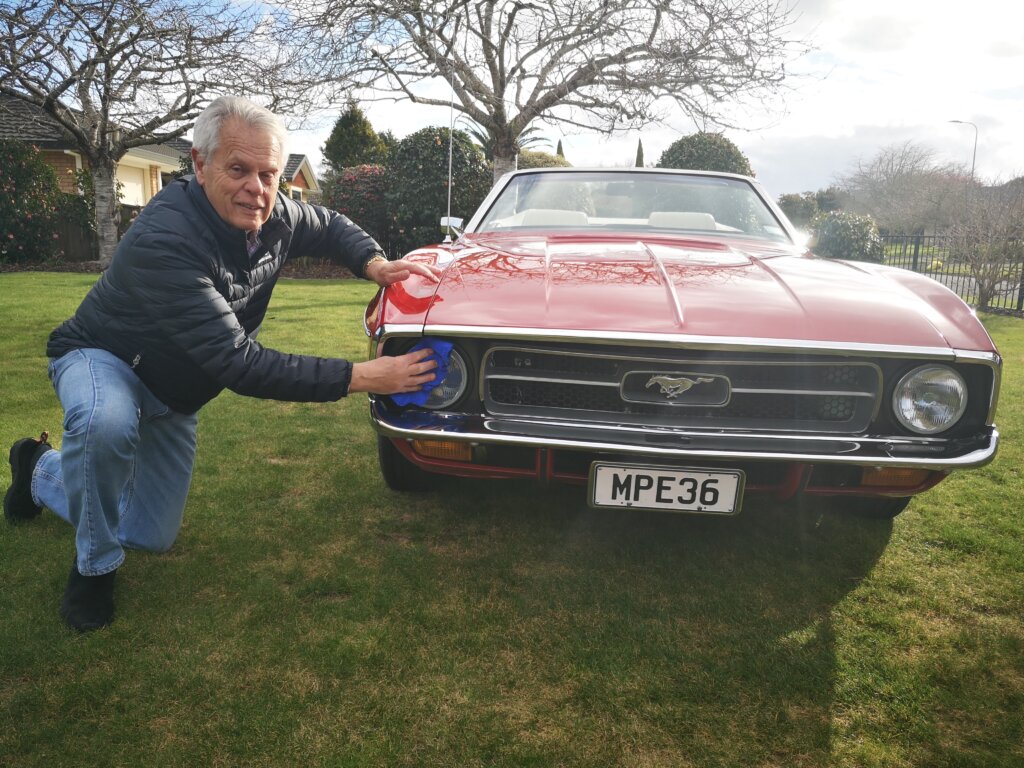 Some went better than others. Terry recalls the Spitfire caused him several headaches.

So, what is the appeal of a five-litre petrol guzzling car like the Mustang?

“It’s technology I understand,” says Terry who admits he would struggle to service a modern vehicle.

“They can keep up with modern traffic too,” he says referring to the V8 engine which helps the car purr effortlessly on the road.

The rally will feature vintage (up to 1930s), pre–World War II and classic cars valued at thousands of dollars.

Terry says his Mustang owes him at least $70,000 but unlike modern cars, vintage and classic cars hold their value if they are as well looked after as Candy.