Chitty goes off with a bang 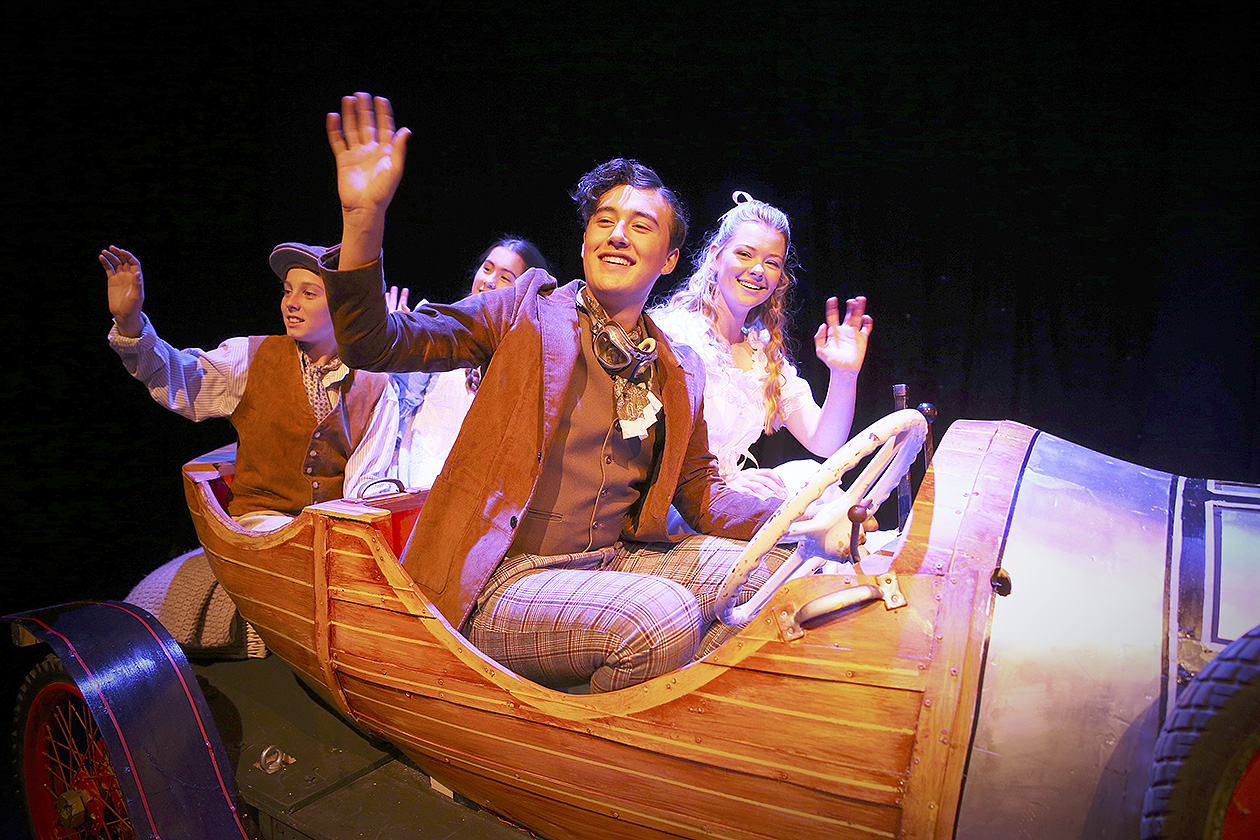 St Peter’s School’s 2021 senior production, Chitty Chitty Bang Bang, ran to packed houses from May 7-13, delighting audiences with a theatrical experience as “phantasmagorical” as the magical car itself.

Directed by Hamilton’s David Sidwell, with musical direction by Sam Cleaver and choreography by Ashleigh Gibson, the show was, “to use the vernacular, more than spectacular”.

Its journey to the stage involved high drama itself when Covid forced the school to temporarily pull the plug on the production just before lockdown last year.

“It was the hardest thing I’ve ever had to do in my 20 years of teaching,” said director of performing arts Stephen Morton-Jones of the moment he had to tell students the show would have to be postponed.  “It was heartbreaking actually.”

Fourteen year 13 students from last year’s cast who lost their roles and many others who would have been in the crew were given free tickets to this year’s opening night.

“There was more energy backstage than I’ve ever seen before on a production,” Stephen said.  “And there was a real sense of pride and excitement from last year’s year 13s who came.  I think they really had a sense of relief that the show was able to go on.”

The Chitty Chitty Bang Bang stage show is based on a 1968 musical fantasy film by the same name which starred Dick Van Dyke and Sally Ann Howes.

Adapted from a novel by Ian Fleming, it follows the adventures of eccentric inventor Caractacus Potts, who restores an old race car with help from his children, Jeremy and Jemima.

After discovering the car has magical properties, the trio band together with Grandpa Potts and Caractacus’s love interest, Truly Scrumptious, to save it from the clutches of the evil Baron and Baroness of Vulgaria.

Felix Rowe was outstanding as Caractacus, demonstrating remarkable maturity in his accomplished portrayal of an older man, and Natasha Dickie was delightful as Truly Scrumptious, bringing great stage presence and a wonderful voice to her role.

Reid Callaghan and Ella Veitch elicited many laughs in the show’s other two principal parts, Baron and Baroness Bomburst, generating gorgeously evil chemistry with their superb comic talent and flair.

There was no weak link in the cast, with every stage member delivering performances polished to a high shine and executed with captivating energy and pizzazz.

The backstage orchestra was first-class and Ashleigh Gibson, who went above and beyond the call of duty to continue with the show while on maternity leave, deserves a special mention for her dazzling choreography.

“Teamwork can make a dream work,” sang the cast in one musical number, and it certainly did.

The cast and audience at Thursday’s final night production made a hurried departure at the end the show – after a hoax bomb threat was called through to police.