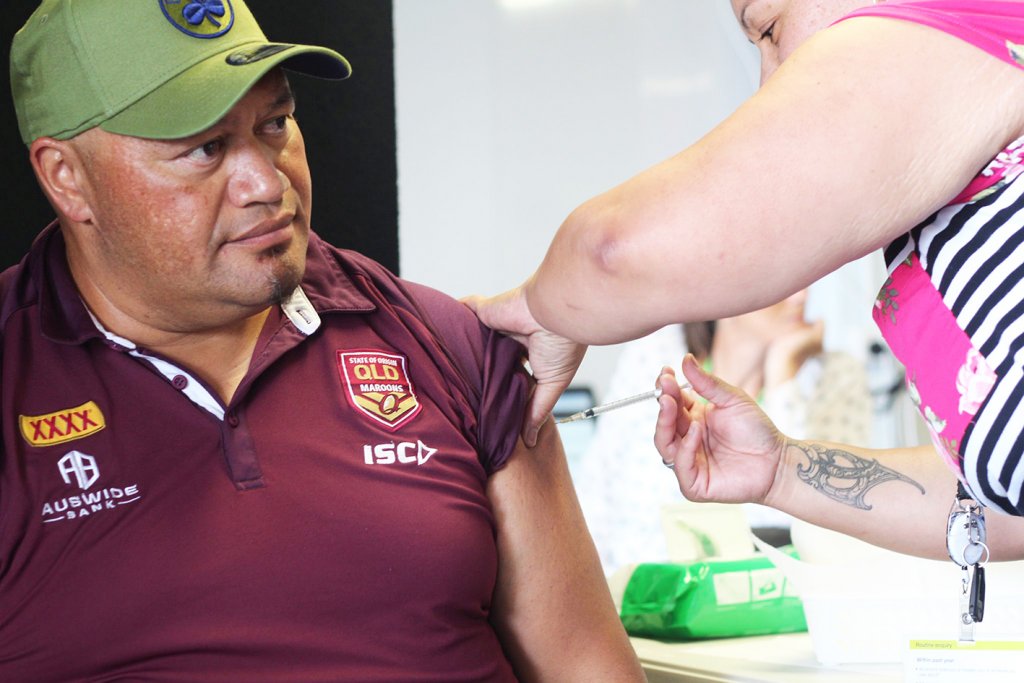 It began Thursday 25 when 28 Waikato District Health Board vaccinators received the first of two doses at the dedicated Covid-19 vaccination centre.

The following day at the Distinction Hamilton hotel in Hamilton 79 people received their injection.

Distinction Hamilton general manager Carla Denmead says the arrival of the vaccine was a significant moment for staff.

“I felt emotional when my injection was done. It’s just a sense of relief and realising the opportunity we’d been given.

Ms Denmead says it also provided staff with some peace of mind on top of their normal safety measures while working in managed isolation.

For senior chef Aaron Sigley, his first dose means he’s a step closer to seeing members of his family again.

He says he has not seen some family members in Hamilton since May.

“I’m very relieved at having had the vaccine. I have family I haven’t seen since I began working here because they’ve felt concerned because they may be vulnerable, so I’ve stayed away from them.

“By having this jab, I feel and they feel I’ll be able to see them again and I’m looking forward to that.”

Wheeti Maipi has been working at managed isolation facilities as a mental health advisor for nine months.

He says getting the vaccine provided him with an extra sense of security, particularly when he returns home every night.

Charge nurse manager Lisa Maxwell was also among those to be vaccinated.

She was elated the programme has begun and says border workers are excited they and their household contacts have been given priority for the vaccine.

“None of our infection control practices will change, but the workers just have that knowledge they have that extra layer of protection should the worst-case scenario occur.”