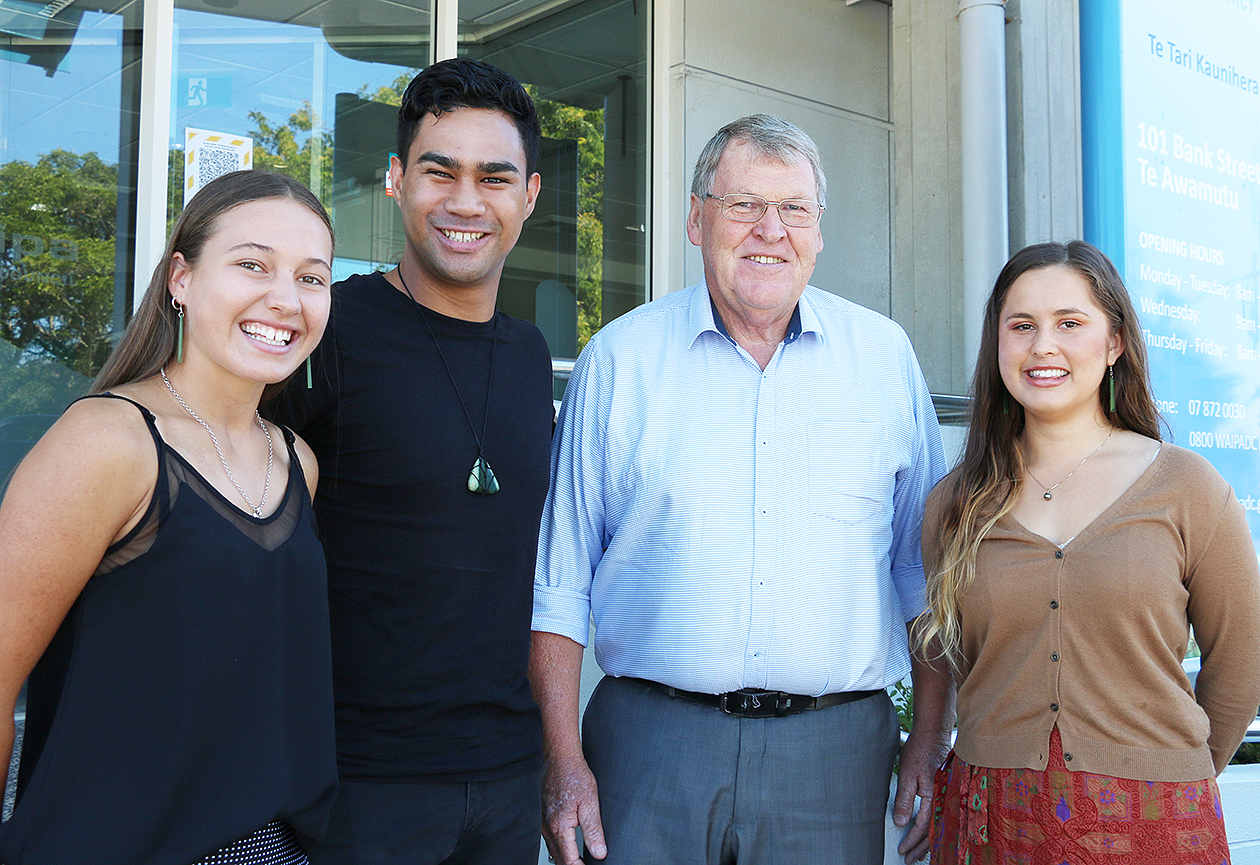 Mylchreest said both students were “simply outstanding” and because of that, he opted to commit to both rather than choose one over the other.

“They are both stars with huge potential and it’s a privilege for me to work alongside them. Building young leaders, who will give back to our community and enhance relationships between Maori and non-Maori is an investment in the district’s future.”

Throughout the year, Mylchreest will meet the two regularly and oversee a 100-hour community project each will undertake.  Both will attend five wānanga in different parts of the country to build networks, obtain support and be exposed to a diverse range of perspectives.

Mylchreest said he will involve both rangatahi in civic functions. He will also focus on helping them better understand local government and the impact the work of councils and the wider sector has on their community.

“We have a lot of skills in our organisation and I also hope we can partner them up with specialists and expose them to different kinds of thinking. As far as I’m concerned, we will get out what we put in so I’m looking forward to it.”

In 2018 Mylchreest mentored Cassidy Temese as part of the Tuia Rangatahi Leadership programme. Cassidy went on to stand for Council in the 2019 election and remains involved in the wider community.

Cassidy said the Tuia programme was unique because of its support from district, city and regional councils.

“I see Tuia as a way of developing future Māori leaders within their communities and building valuable relationships with their specific rohe,” he said.

“In the Waipā, we have a growing population of diverse identities and a growing need to engage with these communities. Tuia is one approach towards engaging meaningfully with rangatahi Māori and can inform new perspectives and ways of community engagement for local governance.”