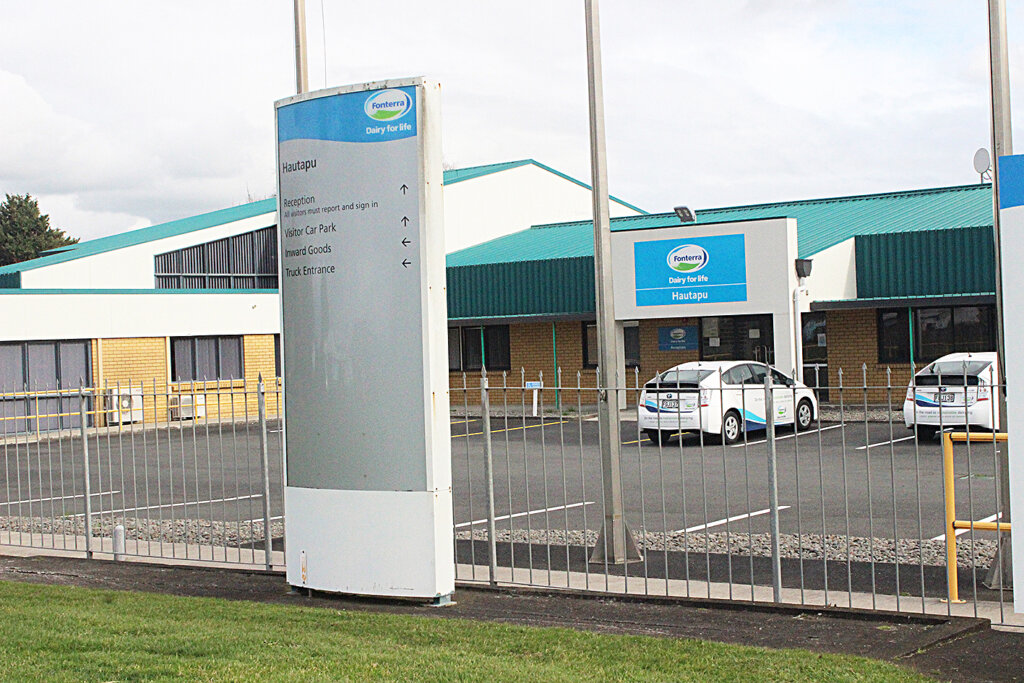 A Fonterra facility. The company has been accused of creating so-called ‘ghost-farms’.

Fonterra has been accused of creating ghost farms – including one in Waipā where nitrate-heavy water is dumped.

Buxton Farm has been used to soak up waste water from the nearby Hautapu dairy plant since 1994. It is one of 29 farms it uses primarily for “nutrient management”.

The company responded on its own website this week after media picked up the story, originally aired by Radio New Zealand.

“When managed well, we can use the treated water from our factories to help grow grass and other crops such as hemp. We can then harvest these crops for worthwhile uses such as making animal feed. This provides us with a nice circular model for nutrient management.  This is the model we have in place in Hautapu where we’ve been operating a ‘cut and carry’ farm for a couple of years,” a company statement read.

“You may have heard these referred to as ‘ghost farms’, as there aren’t any cows on them – but that’s not a real term. It’s actually that we’ve created an alternative use for this land, which enables us to grow crops, using water from our sites to provide the nutrients required for them to grow well.”

Fencourt Rd residents raised concerns in the middle of last year when Fonterra applied to both Waikato Regional Council and Waipā District Council to renew its existing wastewater consents and for consent to build a treatment plant.

It is understood Fonterra has supplied 38 water filter systems to properties near the Hautapu plant to remove nitrate from their water.

“The treatment processes we use are designed to ensure the impacts on the environment are acceptable and remain within the limits set by Regional Councils,” the company said.

The company say it plans to invest $400 million over 10 years to upgrades wastewater plants at their Te Awamutu, Hautapu, Edgecumbe, Whareroa, Maungaturoto, Longburn, Reporoa, Kapuni and Clandeboye and factories. It says the majority of nitrogen in wastewater comes from cleaning processes.