Chiefs battle it out at Hautapu 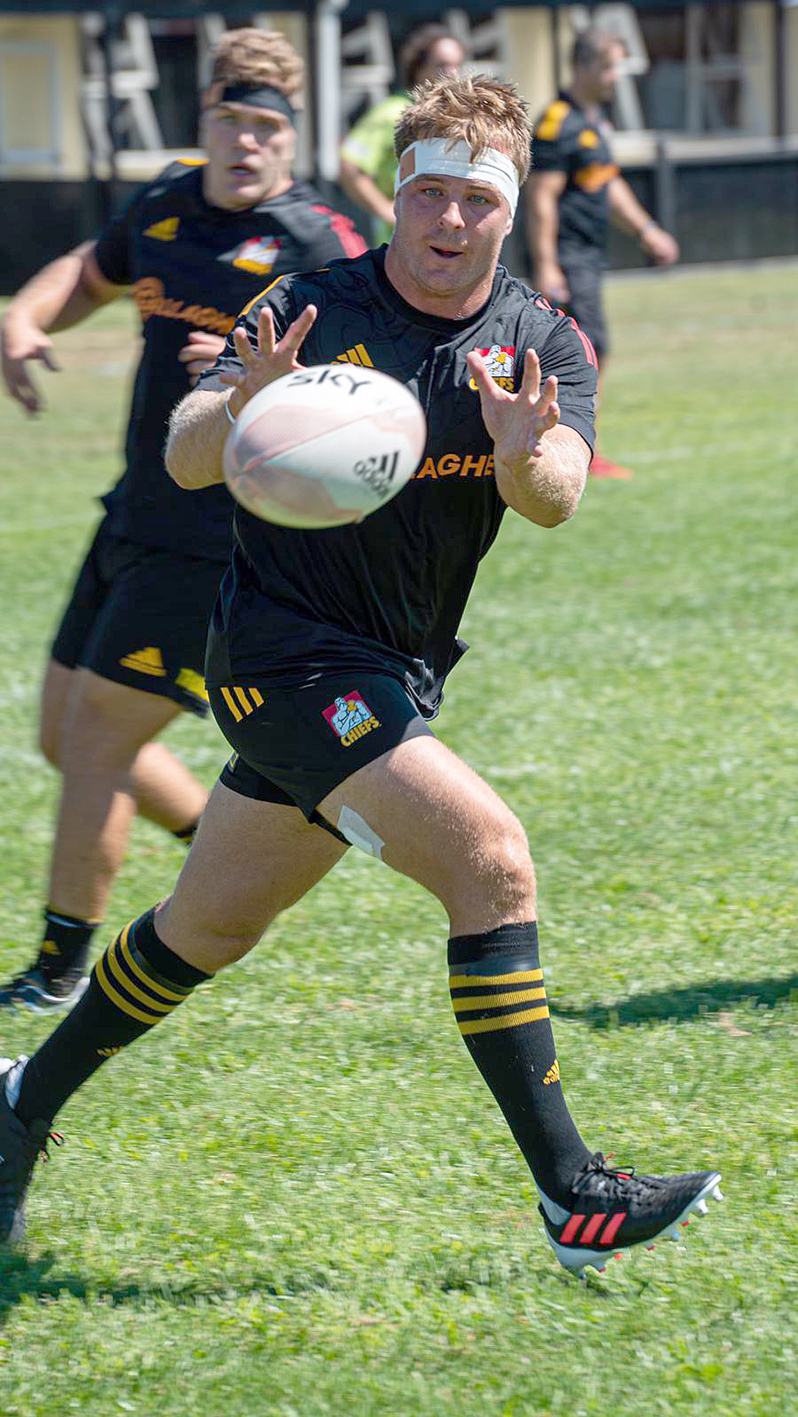 Sam Cane in action for the Chiefs at Hautapu

The Chiefs, Crusaders and Blues rallied at the end of a Covid impacted week together to complete their pre-season preparations in Cambridge on Sunday.

The three franchises played in a ‘Game of Three Halves” at Hautapu Rugby Club.

It was a successful outing for the Blues who scored a 26-19 win over the Crusaders – who had just beaten the Gallagher Chiefs 21-14 – and a 14-7 win over the Chiefs.

The day produced more than 100 points – and a for good measure to show the level of competition, a handful of yellow cards.

The Chiefs had secured wins over the Hurricanes and Blues in Upper Hutt the weekend before and kicked off the first match of the afternoon against the Crusaders.

Ethan Blackadder punched through the Chiefs line of defence, then offloaded to Cullen Grace to crash over the line for the first try. Rookie halfback Xavier Roe provided quick ball for powerful midfielder Quinn Tupaea to score in the corner and level the scores.

The Crusades then scored though Sevu Reece, following a solid rolling maul, and hooker Brodie McAlister.

Roe ignited the Chiefs momentum once again and a swift offload to Shaun Stevenson saw him score.

Despite conceding a number of penalties in the backend of the half, the Crusaders held out for a 21-14 win.

Blues halfback Jonathan Ruru stole the show with hat-trick against the Crusaders to help guide his side to 26-19 victory in an encounter that seemed as if it would never go ahead after Auckland went into a three-day lockdown earlier in the week.

The Chiefs’ second game of the afternoon  saw them take on neighbouring rivals the Blues.
Newly co-captain Brad Weber was a lead initiator on attack, continually looking for opportunities.

But it was young Blues lock Sam Darry who crossed the line first – only to be denied by a ruling of obstruction against Gerard Cowley-Tuioti.

On the back of an impressive defensive display, the Blues found themselves on attack and hooker Kurt Eklund crashed over the line following a well-executed rolling maul. Tom Robinson scored the visitors’ other try.

The Chiefs were rewarded when Etene Nanai-Seturo dotted down. The winger was impressive with his pace and power, following some handy work by Damian McKenzie’s at first-five.

The Chiefs kick their Sky Super Rugby season at FMG Stadium Waikato on March 5 in the second round of the competition against the Highlanders.