Cambridge’s afternoon at the Proms 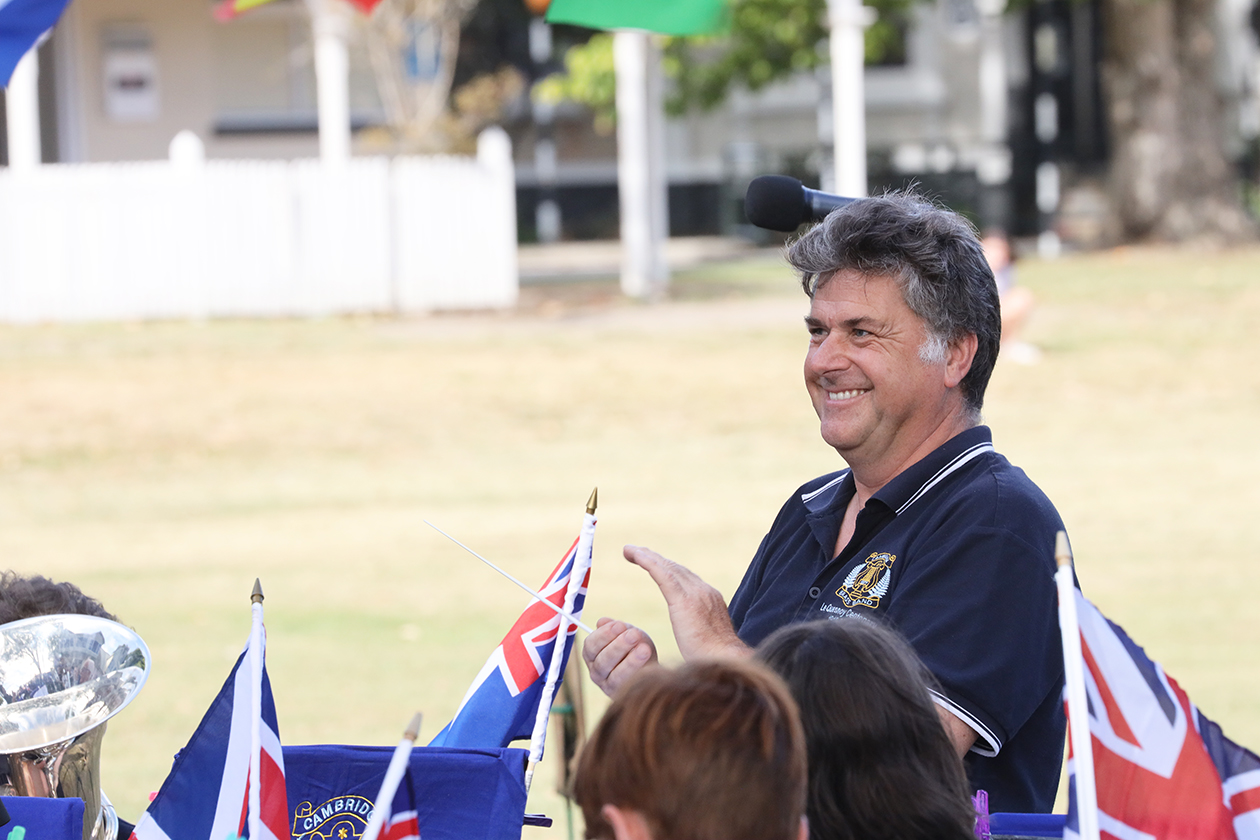 An audience of over 300 gathered on Cambridge’s Village Square on a balmy Sunday afternoon to enjoy the town’s first Proms Concert.

And patrons can expect it to become a regular on the Waipā calendar.

The event featured the Cambridge Brass Band under the baton of Proms veteran Rob Hocking, the Cambridge Auxiliary Band and the newly formed Cambridge Jazz Band. The crowd enjoyed the late afternoon sun on the Village Square.

The Proms opened with the New Zealand march “Invercargill”, which put a Kiwi flavour on the programme and concluded in traditional BBC Proms style with the Fantasy on British Sea Songs, Land of Hope and Glory plus Now is the Hour, ably aided by Cambridge soprano, Chris Gale.

Musical Director, Rob Hocking, told the enthusiastic crowd that this is the start of an annual event bring music into the park, and gave thanks to the Waipa District Council, who sponsored the concert, the Cambridge Lions and the Cricket Club who assisted making this event a success.