Opinion: It’s time to kill the stigma around maths 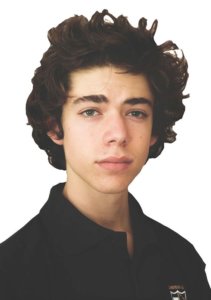 Down with the kids

A year later, and Andrew Yang is out of the race to be the Democratic Party’s front-runner; the eventual choice, Joe Biden, has won at the polls. But, for me, Yang remains front of mind for his curious policy platform: one of PowerPoints, Universal Basic Income, and — crucially — of championing mathematics.

Why’s this so interesting? Because being good at maths is not cool. Yang ran a campaign trying to build momentum around a love for something people will happily profess their lacking proficiency at. As my maths teacher this year complained: “No one boasts to their friends: I’m illiterate! But they’ll happily claim: I suck at maths!”

This seems to be the prevalent social attitude. A study in 2005 in the Academic Exchange Quarterly found that: “Over 1000 undergraduate students were questioned as to the embarrassment level they would feel for various deficiencies (including sematical and nonmathematical situations). Results reveal that most students (including mathematics majors) do not find it embarrassing to make a mathematical mistake, but do find it embarrassing to make nonmathematical mistakes.”

Why do I bring up the sorry state of maths in the public eye? Because, for example, while the latest (2019) PISA survey has Kiwi students at seventh in the OECD for Science, or eighth for Reading, we sit at a terrifying 22nd  for maths.

So we have a maths skills problem, and also a maths perception problem.

Is teaching style the source of the issue? Maybe. Or perhaps it’s a lack of role models (Although that’s something Andrew Yang is helping with).

Carmen Latterell suggests: “No matter what reforms are introduced, mathematics education will not improve if society does not truly care that mathematics knowledge improves.”

How, then, do we rectify the social stigma around being good at numbers?

Part of the stigma is hereditary: parents shrug off maths with a: “well, I was never any good at it.” This kind of attitude gives the sense that maths isn’t something any normal person needs to bother with.

If there’s one question my maths teachers invariably get, it’s: “When will I ever need to know this in real life?” Aside the benefits of counting change, perhaps it would pay for our maths curriculum to stress the career opportunities (particularly in an increasingly technical world) that maths does bring.

Bill Barton, head of Maths at Auckland Uni, says: “There is a worldwide shortage of those [maths-y] people, particularly those that take Maths to PhD level.  The market is screaming out for them”.

Apparently: Multidisciplinary consultants Connell Wagner laughed when asked if the graduates they employ have enough maths in their qualifications.

And yet: we increasingly need people who understand how our world is now run — all while we stigmatise those who can grasp a function, a code string, or the neural network algorithm that decides what information Facebook filters down to you.

So maybe the solution to ending the maths stigma, and New Zealand’s stagnating position in the education leaderboards, is to incorporate real-life mathematicians into classes — coders, agriculture scientists, architects and, yes, virologists.

Well-paid, and sorely missing in the job market, these kinds of jobs just might make maths cool.