Cambridge is set to get its first dual cycleway next year, marking the start of a move to transform the town into a hub for walking and cycling.

The 2.8km cycleway, on Hamilton Road, will also be the first of its kind in Waipā. Once complete, it will stretch from the Victoria Street roundabout to the Avantidrome on Hanlin Road.

Waipā District Council service delivery group manager Dawn Inglis said the Hamilton Road Cycleway was one of a number of projects in the pipeline to improve footpaths, cycleways and links to bus stops. 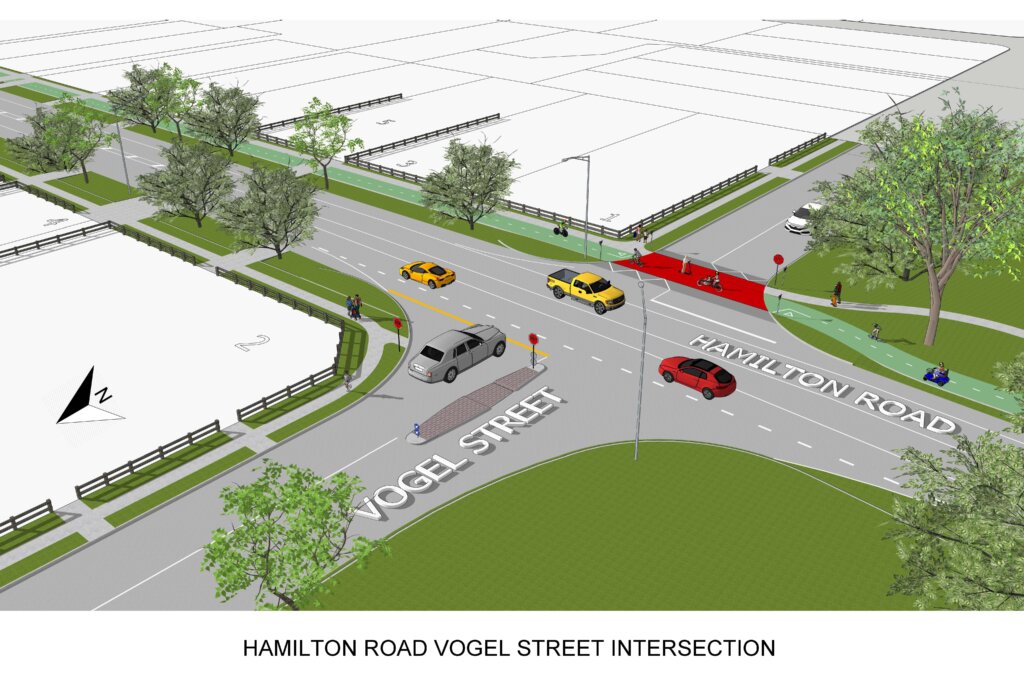 “This is a space Council is really focusing on at the moment, not just in Cambridge but across the district to prepare our towns for the major growth forecast in the coming years.

“Hamilton Road has been selected for this particular project due to two growth cells scheduled for development in the west of Cambridge. Once complete, these will become two of our biggest neighbourhoods and will include a primary school and neighbourhood centre.

“This cycleway will mean those residents can easily get in to town by bike or on foot rather than having to jump in a car, as well as cater for current residents. It’ll also connect with a number of other cycleways which are outlined in future plans.”

Construction of the cycleway will be carried out in three stages – the first from the roundabout to the town belt west of Vogel Street starting in April 2021. It is expected to take around four months to complete.

As part of the project, Council is also considering changing both sides of Grey Street and the south side of Hall Street into cul-de-sacs where they meet Hamilton Road. However, the decision is pending public feedback.

“We are currently consulting with residents who live on these streets or nearby to make sure there is support for these changes before we include them in any plans.

“The cul-de-sacs have been proposed to reduce the number of conflict points with the new cycleway which will make it much safer and easier to use, and to slow down traffic speeds on Grey Street giving us the opportunity transform it into a cycle-friendly street.”
Inglis said traffic volumes on Hall and Grey streets were quite low so the suggested changes would not create excessive congestion on adjacent streets.

“In fact, we are hoping that by providing a fantastic cycleway, more residents will get out and about on their bikes and we will actually see fewer cars out on our roads.”

The plans for the project also include provision to upgrade the Hamilton Road pedestrian crossing and add an additional crossing point on Victoria Street.

More information on this project can be found at www.waipadc.govt.nz/hamiltonroadcycleway.