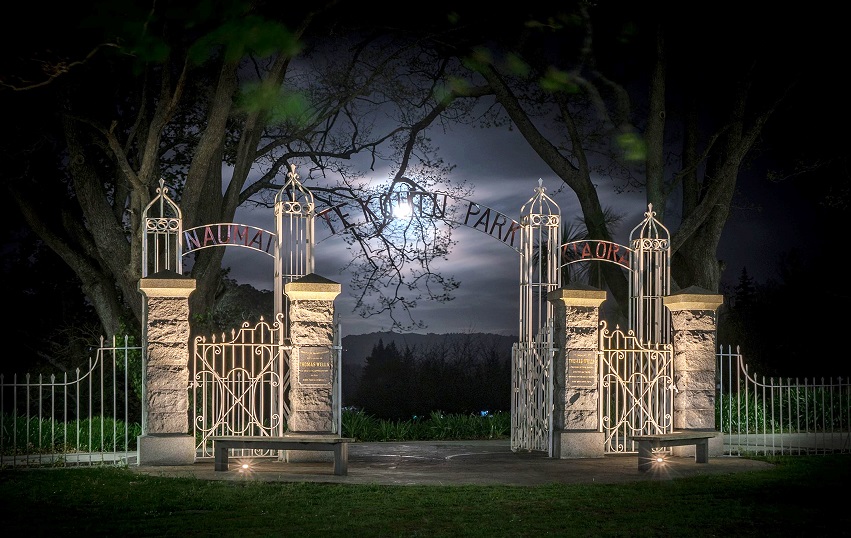 It was while on a quiet evening stroll with fellow Cambridge Camera Club members that Derek Teague shot the photograph that won him the 2020 Cambridge Photo Competition.

The moody picture of the gates above Lake Te Koo Utu was selected from 89 entries received for this year’s competition, held as one of the surviving segments of the Cambridge Autumn Festival under the theme “Iconic Landmarks of Cambridge’.

Derek said he took the picture some time ago, around 8pm. It was “just a case of the right place, the right time”. 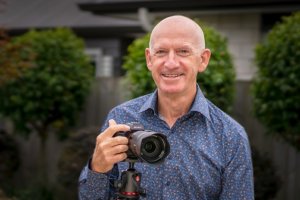 “A number of us had gone out that night, hoping to catch a shot of the supermoon. I knew where I wanted to try for it – at those gates.”

Derek has lived in Cambridge for about seven years and works with Fonterra. Photography was a childhood hobby that he said he has enjoyed investing more time in during recent years.

“I’ve probably been able to make more of it as a hobby.”

Winning at a time when there was so much disappointment over the cancellation of the Autumn Festival makes it all the more special, he said.

First prize in the competition, sponsored by People in Mind Ltd was worth $250