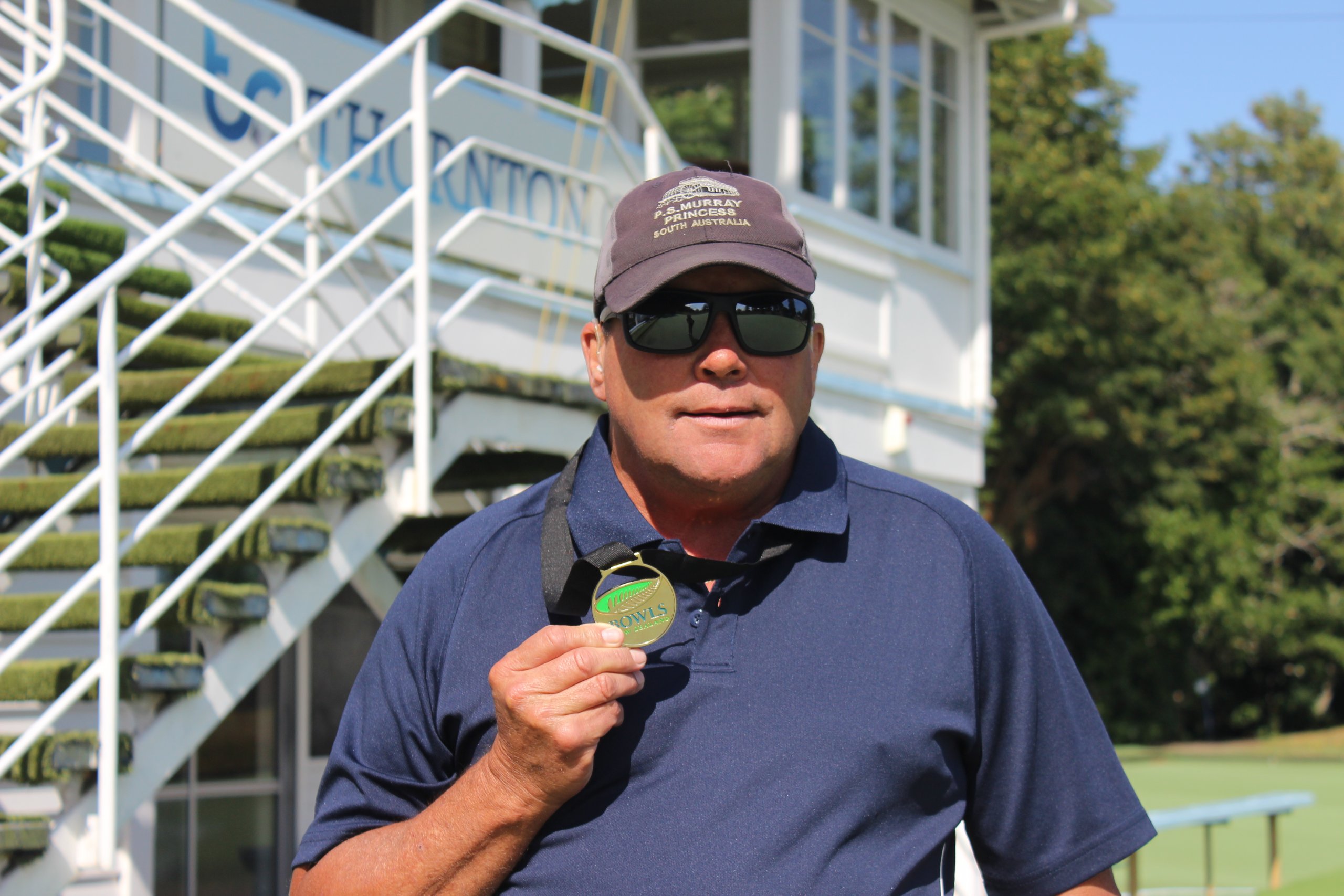 Bruce Sayers has brought a national gold medal back to the Thornton Club bowling green, where he’s a regular player on the social and competitive scene.

Less than two years since Bruce Sayers saw bowls being played on the Thornton Rd green and decided to give it a go, he’s already represented the country on the world stage and just recently earned a national title.

Five months after he placed 16th at the International Bowls for the Disabled World Champs, Sayers has earned himself a gold medal at the New Zealand National Bowls Champs.

He regarded the first-place finish in the disabled division with Whanganui pairs partner Phil Huwyler as “really rewarding”, particularly given that it was the first year the national competition has included a disabled section.

“It’s a real honour,” said Bruce, confirming they will defend their title next year.

The men cruised through the rounds at the Christchurch-based competition and were unbeaten when they reached the final.

“That was probably a big highlight to me, actually making the finals, because I knew I was in the running for a medal. But it was also like, gosh, how am I going to handle the pressure!?”

He was familiar with performing in front of a crowd as a former rugby player, but this game had a crowd of several hundred people – including his keen supporters from the disabled bowls and deaf bowls community – and it was also being streamed live.

“It was a bit different from playing at the club! A big step up.”

But the eyes of the world seemed a world away once he was on the green.

“Once I bowled that first bowl the nerves went away. I just shut the crowd out completely and focussed directly on myself and my partner, and that’s how it stayed the whole game.”

The game could have gone either way when they reached the last end, but the Cambridge-Whanganui duo secured the win 14-11.

“We were only three up, but we held our shots.”

A regular competitor on the New Zealand bowls scene, Bruce said the most important part is keeping your cool.

“I’ve learnt to relax and not get excited, just focus on the bowls on the day. The other thing is don’t worry about who you’re playing against – whether they’ve been playing for years and might be better than you, just go up and play your game.

“Coming into these games 30 years since I last played rugby, it’s completely different. But you still have that same sense of wanting to play your best and going out there to win, and like with rugby, you learn how to shut the crowd out. I was really just thinking back to those says – don’t worry about anything else, just focus on the game.”

Ricki’s still on the ball

The day Ricki Herbert’s parents first handed him a football is etched in his mind. The former All Whites coach was four, and with it came a message they would regularly reinforce. “Chase your dreams….

Cricketers build on their innings

Work on a $300,000 pavilion upgrade at Cambridge Cricket Club is finally set in stone – or so far concrete. The first sod was turned for the project – about 10 years in the making…

Four years ago, Cambridge BMX rider Sarah Walker had a choice to make. “Did I want to keep riding?,” the London 2012 silver medallist had to ask herself after a major crash and resulting serious…

Leaving them in his wake

One of his favourite tricks might put him in a spin, but Cambridge’s Luke Runciman is approaching his goals in wakeboarding – and now the wider world of water sports – with an entirely grounded…