Driving instructor Sheryl Moffat said the mock-test route she uses with her Cambridge students was “every bit if not more so of a challenge” than the testing routes provided in other nearby towns, and Cambridge deserved a proper explanation as to why driver testing has not been reintroduced.

There could be a light at the end of the tunnel for those hoping for a return of practical driver licence testing in Cambridge.

NZTA has announced it  will undertake a review in the next financial year to consider where driver testing services are allocated across the region.

It’s a welcome announcement for learner drivers in Cambridge after the service was removed in 2012 as part of the Government’s new Safer Journeys strategy. It required a more complex driving test including  “multiple lanes and a minimum level of traffic to achieve the level of challenge required”, NZTA’s Acting Director of Regional Relationships Ross I’Anson said.

When the Cambridge section of the Waikato Expressway opened in December 2015, State Highway 1 traffic was diverted out of town, and the town itself grew, acquiring traffic lights and access to multiple lanes. It meant Cambridge seemed to ‘tick the boxes’ for what was required for the new restricted drivers licence test, even more so than other towns already providing the test.

Waipa Mayor Jim Mylchreest began correspondence with the NZTA requesting the testing service return to Cambridge, but was denied after a series of emails and letters. 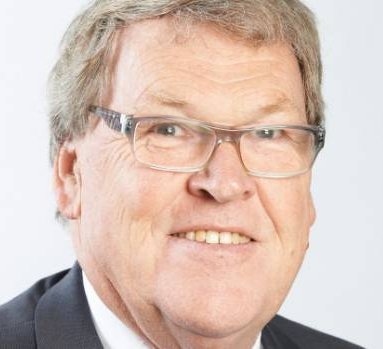 “Initially their stance was that there wasn’t sufficient difficulty in getting a licence in Cambridge, saying there’s no traffic lights and all of those sorts of things for the test,” Mylchreest said. “Now there’s no technical reason why they can’t.

“Effectively they said they’re satisfied there’s enough places near Cambridge for people to go and get their licence. I completely disagreed with that.

“Every piece of correspondence I’ve had with (NZTA) over the last couple of years was saying they won’t reintroduce driver testing back to Cambridge, so I’m really pleased to hear they’re reviewing it.”

At present Cambridge’s learner drivers are required to organise a ride to the next town and sit the test in an unfamiliar environment.

“We started practicing here, and then found out they have to do the testing in Te Awamutu, or Hamilton or Morrinsville, so then we had to drive over to Te Awamutu to practice, which means more costs, and we have twins so we get double,” said Cambridge dad Andrew Claridge.

“It would definitely make it a lot easier for people to do it in Cambridge,” said daughter Daisy.

“And there would be more spaces to book,” twin sister Ciara added. “We booked our test online and we could see it usually takes quite a while, there’s quite a lot of back log. It would open up more spaces and we wouldn’t have to travel so far.”

“All of my students feel it would be far better for them to have their test done in Cambridge,” said Cambridge driving instructor Sheryl Moffat, from Brighteye Driving School.

Her sympathies especially laid with the St Peter’s boarding students, who didn’t have any parents in town to drive them over to sit their test. She already does a “mock test” with her students in Cambridge, and believed the town was more than capable of providing the level required for the test.

“I feel that they need to give a truthful explanation to Cambridge residents of why.”

Mylchreest suggested at the very least, a mobile testing station could rotate around the communities which don’t have practical licence testing.

“It seems it’s just an unwillingness to look at ways of doing it,” he said. “From council’s perspective we’ve definitely been trying, lobbying and offering assistance to make it happen. We’re just as grumpy as the rest.”