Celebration for the Swart brothers 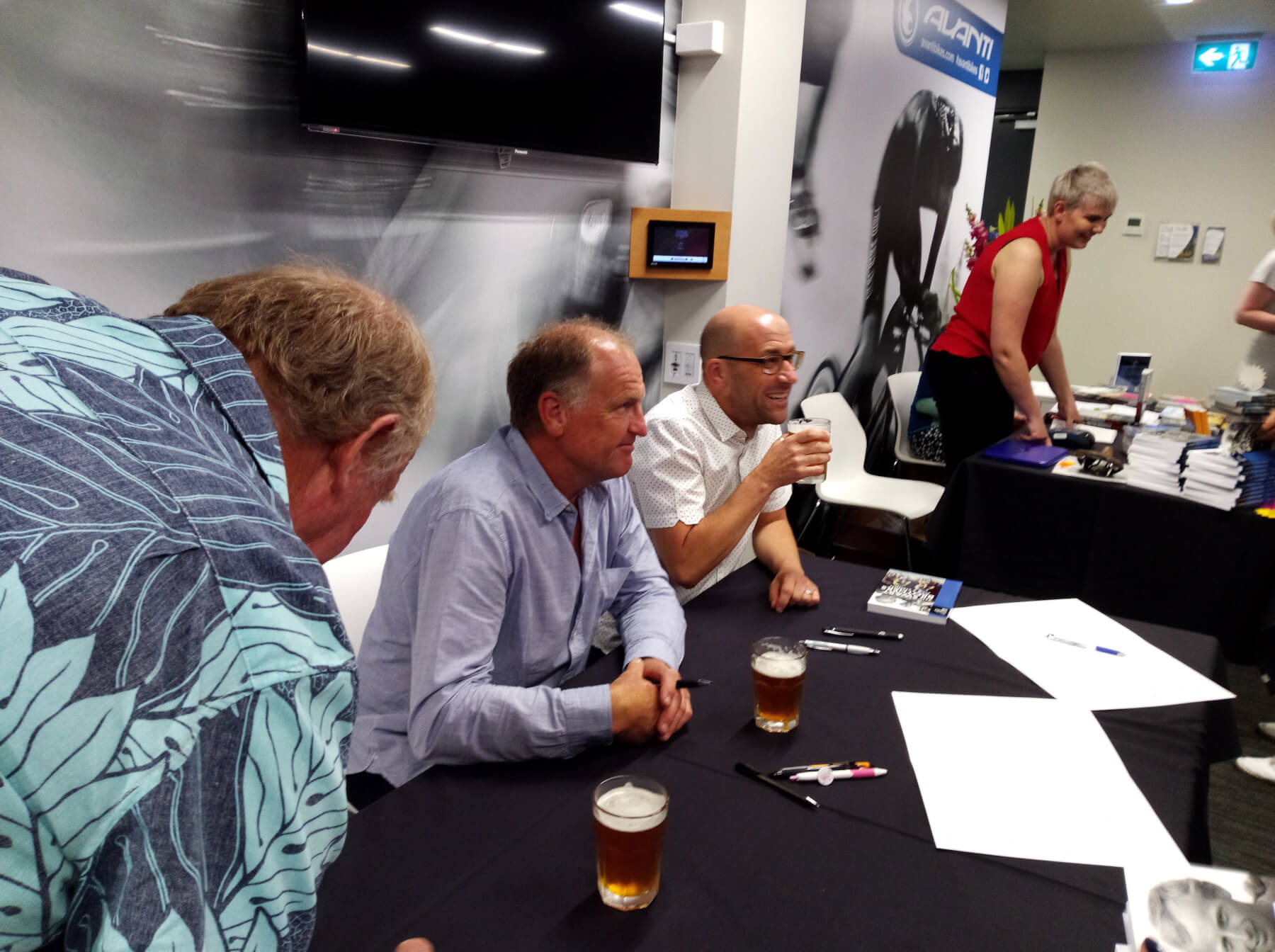 Jack and Stephen Swart at the book launch.

Brothers Jack and Stephen Swart drew a big audience to the Cambridge Avantidrome last Saturday for the launch of Russell Jones’ new biography The Swart Brothers: Jack and Stephen.

The brothers are both pillars who shaped the cycling scene and the biography captures their very different careers. Stephen raced at the highest level on the roads of America and Europe during cycling’s most controversial era, while Jack shaped racing domestically for over a decade.

Before the event Jones led a retro ride of Waikato’s scenic country lanes and roads, with great rivals such as Jack Swart and Stephen Cox often taking the lead. Riders were on vintage steal bikes from the 1970s and 80s racing era.In a Q&A Jones explored key moments of the brothers’ careers and invited members of the audience to share in the storytelling. Coach Max Vertongen and the Swart’s brother, Grant, shared their best wishes via video.

At the launch people shared stories of the wild training schedules, free ice creams in Holland, and the bikes borrowed along the way.

Jack Swart said, “The night just blew me away.”

Of the book, Stephen Swart said, “It’s a privilege to have this done on our behalf.”

The Swart Brothers: Jack and Stephen is the latest book in the New Zealand Cycling Legends series, published by The Kennett Brothers. It is available from bike shops and book stores.