A twin win for takahē 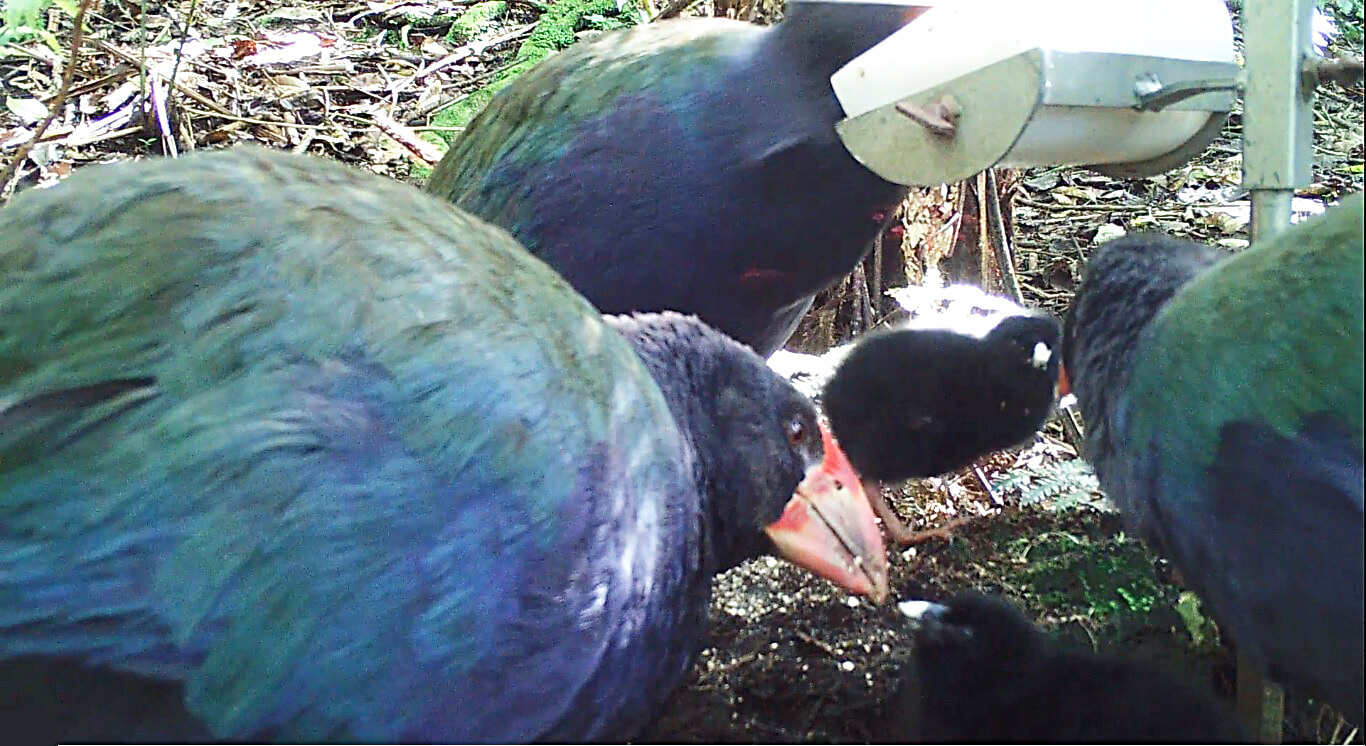 The southern enclosure chicks being fed by their older sister and parents.

Species coordinator Dr Janelle Ward said the chicks were healthy and being well-looked after by their takahē families. They could still be vulnerable to spring weather but would likely do well in the company of their adult parents and siblings.

“Nancy and Nguto Whero are excellent parents and have successfully raised twins at least twice in the past and we are thrilled that once again they have hatched twins,” said Ward.

“This is still a critical time in the chicks’ lives and not all takahē chicks will survive to adulthood, so we are taking it day by day and observing by use of cameras rather than disturb the family.” 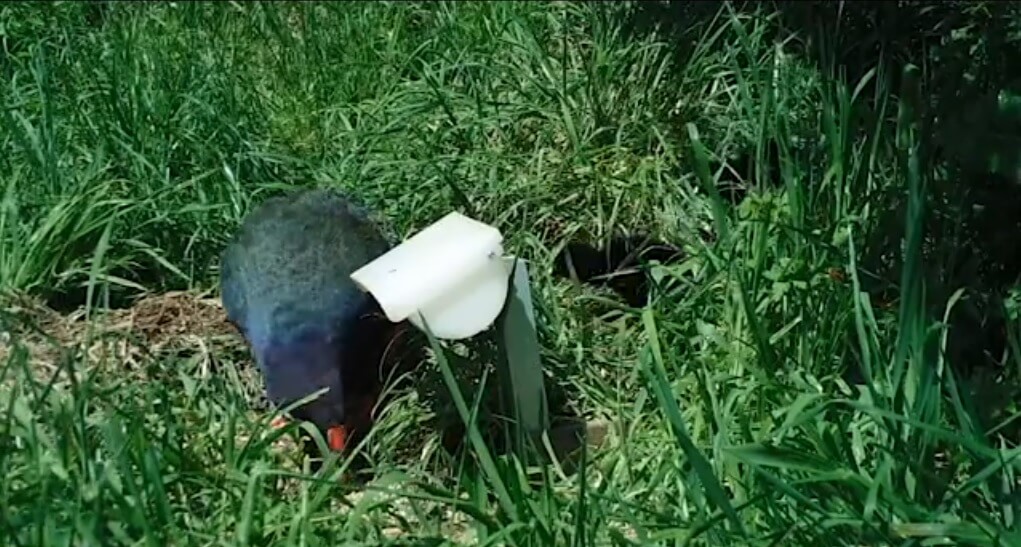 The second of the Coopers enclosure chicks was spotted by CCTV camera approaching their feeding station. The birds also eat fresh grass shoots.

Ward said there was a higher chance of success in raising two chicks at the same time when the previous season’s offspring were on hand to help. In this case, female juvenile “Rob” has already been filmed feeding her younger twin siblings.

“She is already being a great helper.”

Radio New Zealand reported last month that the population of takahē has passed the 400 mark for the first time in at least a century.

The species had been considered long extinct before 1948 when the flightless parrot was found in  Fiordland’s Murchison Mountains. The chicks are being well fed with fresh grass shoots and food from their feeding stations.

The Department of Conservation’s Takahē recovery programme was credited by Conversation minister Eugenie Sage for the increasing population which is now close to 420.

About two-thirds of the takahē population is spread across 18 secure island and mainland sanctuaries, including Maungatautari.

Maungatautari has now had three sets of twins hatched inside the reserve in just two years.

“This is very rare indeed and fantastic news for takahē recovery.”