A twin trim for dad 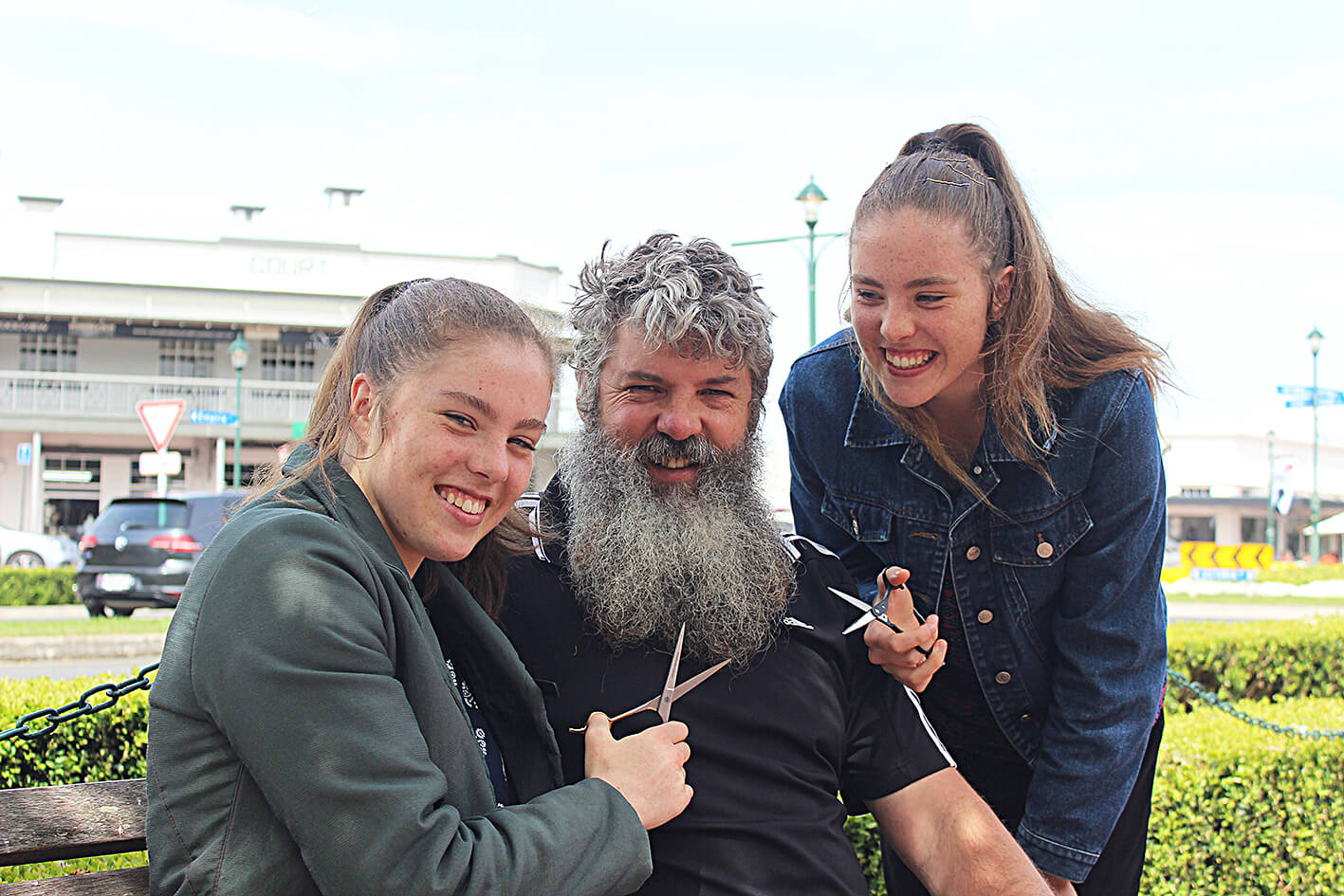 Daisy (left) and Ciara (right) Claridge are fundraising to give their dad Andrew’s beard (centre) the chop on December 8.

Two Cambridge girls are working to eliminate a staple in their dad’s life – his five-year-old beard.

Twins Daisy and Ciara Claridge, 16, are fundraising to go on the Spirit of Adventure youth sea voyage, and the centre of their main fundraising project involves shaving their dad Andrew’s beard.

“Mum’s right behind it too,” they said, finishing each other’s sentences in classic twin fashion as they outline plans for the project.

“The reason behind it is we’re trying to get our Gold Duke of Edinburgh Award, and part of that is doing a ‘residential project’ – five days and four nights away from home without knowing anyone, and the Spirit of Adventure perfectly fits,” Daisy said. “So, we thought that’s a great opportunity.

“To learn team building skills and leadership skills and have fun,” adds Ciara.

“And do something we’ve never done before,” said Daisy, admitting it will be strange seeing their dad without facial hair.

Andrew thinks he shave will make him look younger.

“I’m pretty positive about it really, it is like my ‘comfort blanket’, as I call it, but I’m happy to lose the beard because they get the better out of it, they’re going on an amazing adventure that will give them skills for the rest of their life.

“Besides, it’s only hair, it will grow back.”

The girls suspect the same solid beard will be back in five years’ time, anyway.

“Our dad has volunteered to shave off his beard if we raise enough money,” the page reads. “We would like to see his face without a beard!”

The big shave is set for the next Lions Trash ‘n’ Treasure Market on December 8, taking place inside the Barbershop Co on Duke St, Cambridge. More details can be found at the Facebook page, Shave That Dad.

They’ve also been selling items on Trade Me as another means of fundraising, in between the volunteer and physical activities they do as part of their Duke of Ed commitments – volunteering with Riding for the Disabled, working to get their driver’s licences and training in judo with the local Camkada Judo Club – where they’ve worked their way up to blue belts.

Though not required for the Award, they also go to St John Youth every Tuesday, and teach music to children voluntarily on Saturdays, on top of doing their secondary studies from home through a correspondence school.

The Duke of Edinburgh Award would be one of the best qualifications they could achieve though, being internationally recognised, and would help build a solid foundation for their future.

“You can learn leadership skills, team building, and it shows you’ve committed yourself through all that time.”