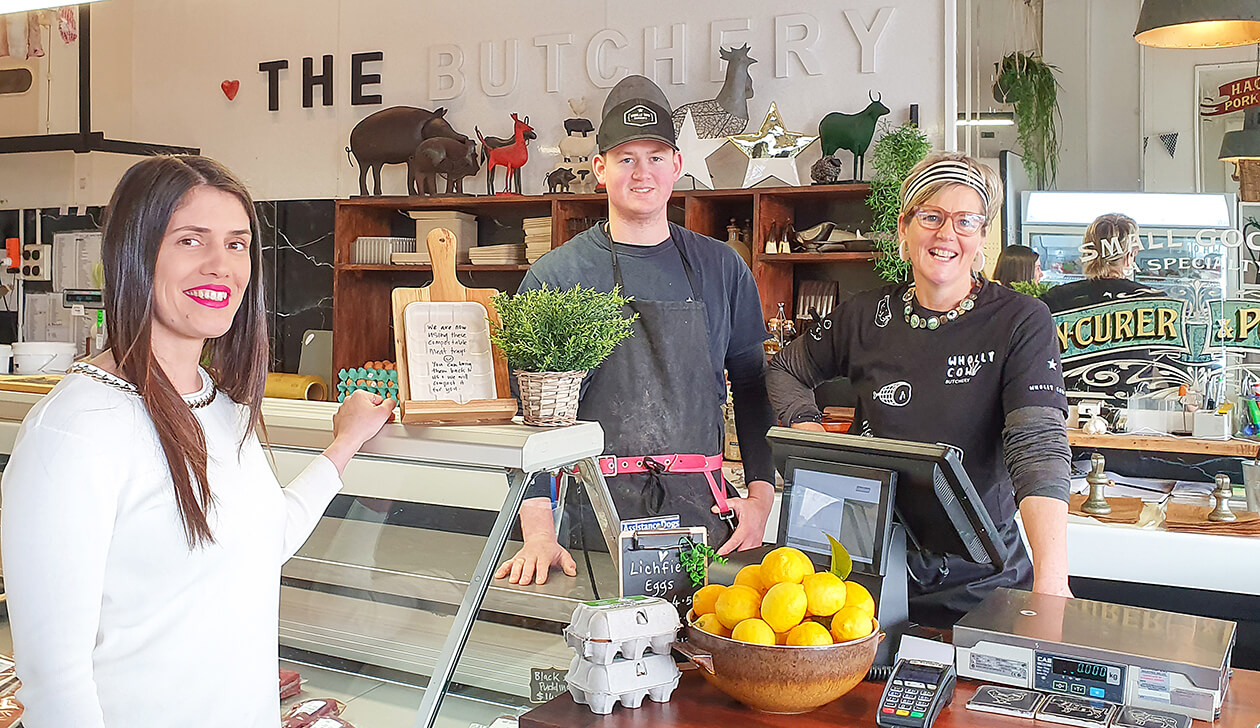 Totally Locally aims to encourage Cambridge shoppers to buy local, rather than from the big-box, out of town stores.

Similar to the “Love Cambridge” campaign, which was launched when the Waikato Expressway diverted state highway traffic out of town, the initiative helps shopkeepers to encourage local shoppers into their stores and reminds the community to keep it in Cambridge.

The initiative originated in the United Kingdom and is launched as retail foot traffic in Cambridge tracks 5% behind 2018 levels,

Aroha Croft, the Chamber’s Membership Coordinator, said it was a perfect time to “tool up” with a full marketing kit and help educate and support retailers on what to do and how to do it.

“Even though people are talking about the growth in Cambridge, the day to day retailer is still very much working very hard. Winter has been really slow, our pedestrian counter has seen a decrease of numbers on and off… it’s been a really slow winter,” Bouzaid said.

The promotion pushes the statement that if every adult spent $10 a week in an independent store in Cambridge, $6 million would be generated back into the town’s economy.

“We had a massive amount of leakage of dollar spend, up to Hamilton or online, and that’s what Totally Locally is looking to address. It’s more than a shop local programme, it’s a marketing toolbox … because there’s actually very little in Cambridge you can’t buy.”

Cambridge retailer and Wholly Cow owner Carrie Andrews supported the Totally Locally initiative and said she would back it as a shopper too.

“We support those who support us. That’s what it’s all about, keeping it in the community, and looking after our local community, rather than going out of area.”

“That’s how we make our livelihood, people in the community shopping locally,” said her son, and employee, Luke Andrews. “To keep small businesses going you need to shop locally.