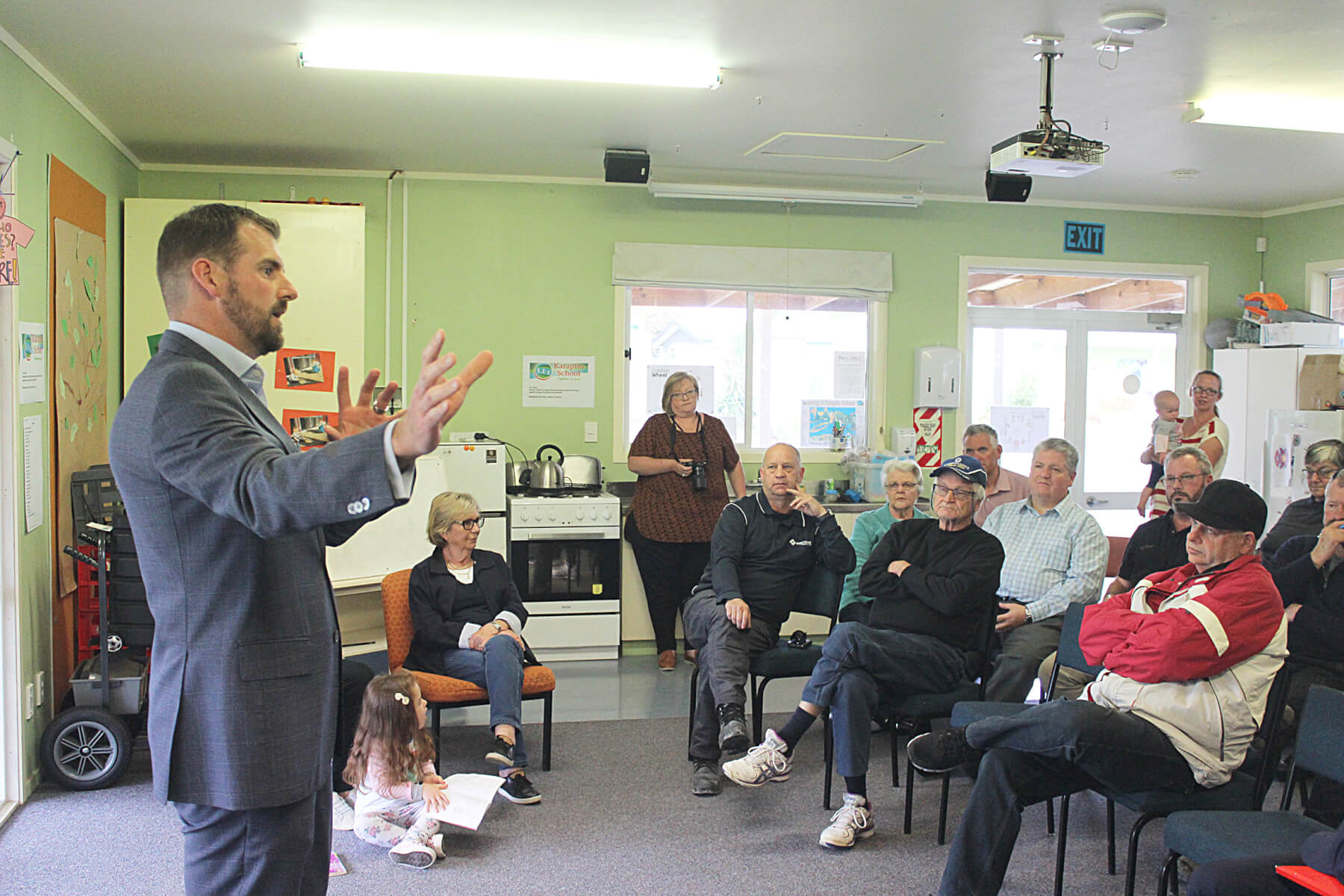 He will also call for electronic speed reduction signs, orange poles along the centre line, a wider median, “high crash rate” signs, and a higher police presence along the road.

His pledge followed a meeting on Monday with Karapiro residents and stakeholders about safety issues along the 16km stretch of road.

Some residents expressed concern that once the Hamilton and Huntly sections of the Waikato expressway were completed, Auckland-to-Tauranga traffic would reroute from State Highway 27 and use the Karapiro stretch to the SH29 turnoff.

Van de Molen reminded residents that $8M worth of safety upgrades had been planned for the road and were supposed to have been finished, but weren’t completed “partly due to weather”, he’d been told.

The previous National government had spent $4.8M planning to extend the Waikato expressway to State Highway 29, but the project was scrapped by the new Labour government.

“Even if we are to get back in next year… once we do start on an expressway extension, it’s still going to be years before it’s completed,” van de Molen said.

Residents complained of cars ploughing through their fence – three times in the case of one property. There was a fatal crash on the fence line of Karapiro School which principal Tina-Maree Thatcher said the children were, unfortunately, fully aware of.

She said they would consider one resident’s suggestion to have the children write letters to the PM and transport minister, if the school community supported it.

Others suggested traffic lights and speed cameras for the Karapiro Rd – SH1 intersection, and several supported installing a roundabout. Others thought that would cause too much congestion.

“Traffic on Karapiro Road is only going to get worse, with Hobbiton getting the increase in patronage that’s allowed to go there (from 600,000 per year to one million a year), something has to happen. And not on election day, prior to election day,” one man said.

Van de Molen highlighted that part of Hobbiton’s consent for increased numbers required them to contribute toward road safety improvements, which hadn’t been done.

He credited Waipa District Council for the work it had done to reduce speeds around the district.

“The challenge though is that this is a state highway, so largely the district council doesn’t have a lot of control.”

Waipa District Council’s roading manager Bryan Hudson was given a unanimous “yes” when he asked if they supported speed limit reductions on Karapiro, Taotaoroa and Buckland roads.

“The reality is that the government has made it very clear they don’t have funding for roading, so we’re not going to see a large roundabout put in unfortunately,” said van de Molen. “I think the opportunity is to get some electronic signs in the first instance, and certainly look at median type work in terms of those little orange posts, high crash rate signs … Traffic volumes aren’t decreasing, its only going to get worse. We need a solution.”

He promised to take the concerns back to government –and said another public meeting would be held along with Taupo-Cambridge MP Louise Upston, who was unable to attend the meeting.

He told the meeting Police and NZTA had also been invited, but declined to attend.