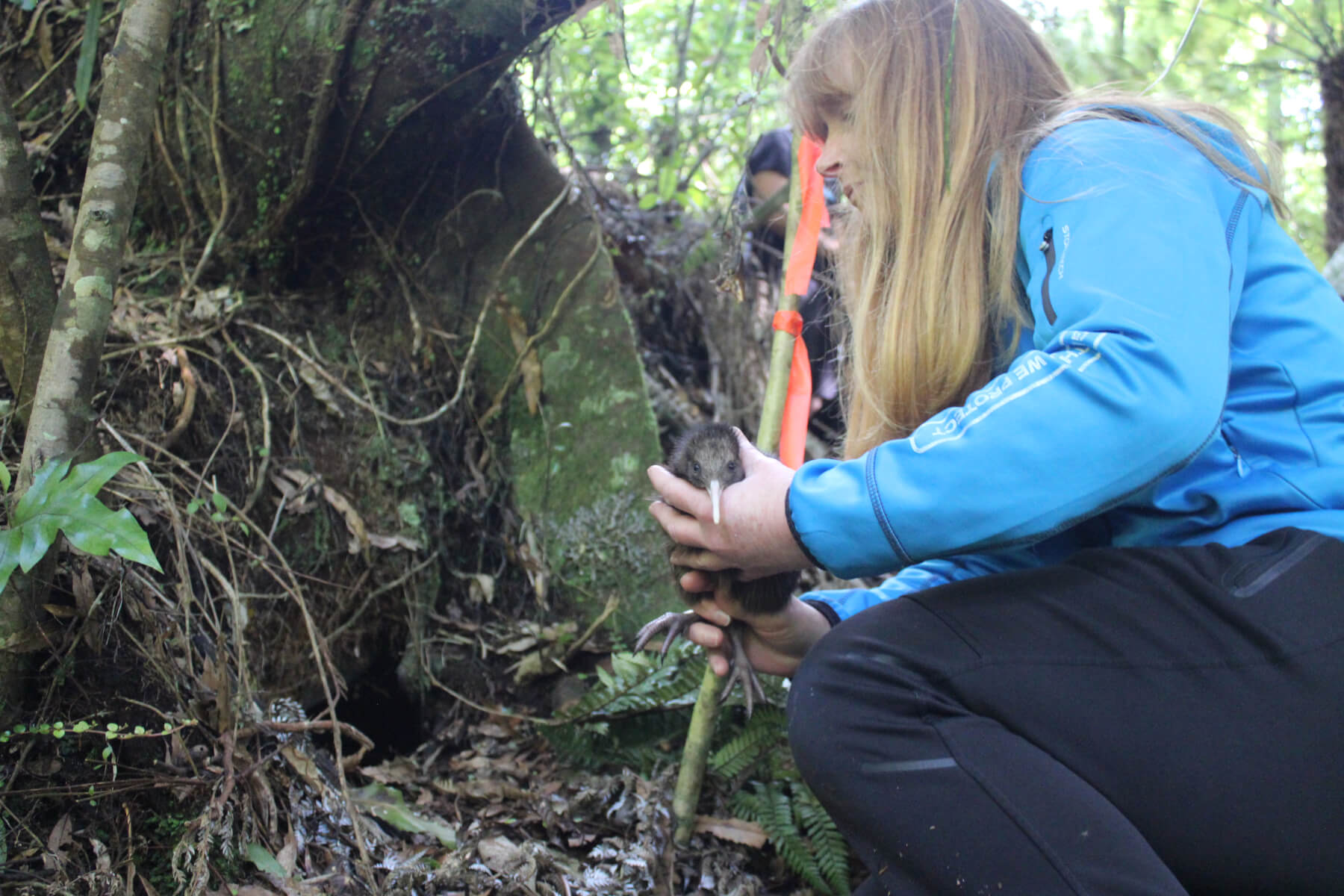 Friday last week with the arrival of Tama Oha, a month-old Kiwi chick found in the wild in Taranaki and hatched at the National Kiwi Hatchery in Rotorua.

As part of an agreement with centres around North Island, once Maungatautari is at-capacity with kiwi numbers, new chicks will be transferred to wildlife centres to help grow their natural numbers.

“This will basically save the kiwi population,” said Sanctuary Mountain’s kiwi ranger Craig Montgomerie. “These kiwis will live here forever, breed, and their progeny will leave to go to other forests around the north western area.

Montgomerie confirmed the goal was to release 90 kiwi on Maungatautari over the October – May season, having released 38 over the 2018/19 season.

“Between now and May we’re aiming for 90. The peak is probably about January and February when it ramps up even more. But even next month, every Friday in November, I’ll be releasing kiwi – some days up to five.” 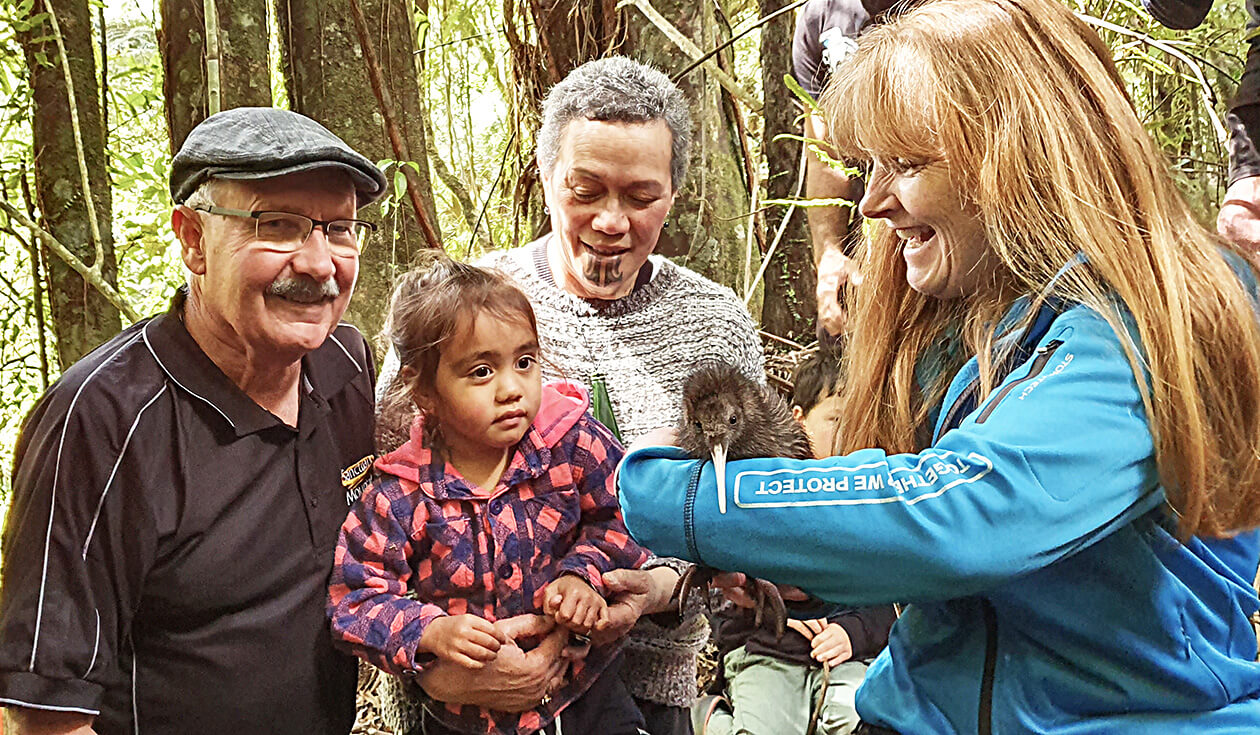 Up to five eggs are collected from nests in the wild and hatched at three centres around the North Island. Less than five percent of kiwi chicks in the wild survive to adulthood. Most are killed by predators, but the adults can fend for themselves.

Tama Oha, whose sex will be determined after a DNA test, was released right at the top of the main enclosure on Maungatautari with perfect conditions for a young kiwi to forage.

At about three years of age he or she will most likely find a mate and begin growing kiwi numbers on the maunga.

“Previously our model has been to hatch them at our centre, raise them to a kilo in weight, and release them back into the wild. This is different in that the strategy is to repopulate the mountain, then take new kiwi back to other areas in future.”

After being officially welcomed by representatives from Ngati Koroki Kahukura (also representing Raukawa, Ngati Hauaa and Waikato Tainui iwis) Tama Oha was carried 1.5km into the mountain enclosure and released into his new home. Over the next seven months, 89 chicks from around the western region are expected to do the same.