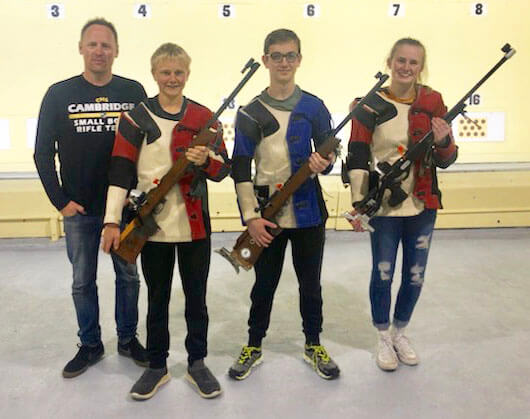 St Peters produced a solid performance to finish 14th in a field of 21 schools, four from the North Island and seven from the South Island.

He, Pierce and Liam McDonald from St Peters were selected for the North Island team which won an inter-island challenge, and all three were then picked for the national secondary school team. Allison and Pierce also shot for the New Zealand team in an international competition with Great Britain – but must wait a fortnight for the results.

Cambridge team manager Sharonn Pirie said she was proud of the team’s achievements.

“The quality of coaching the students have received from Glen Brownlee and Brad Pierce has been excellent and enabled these shooters to be their very best.

“It was also great to team up with St Peters for the experience and represent Cambridge as a whole.”