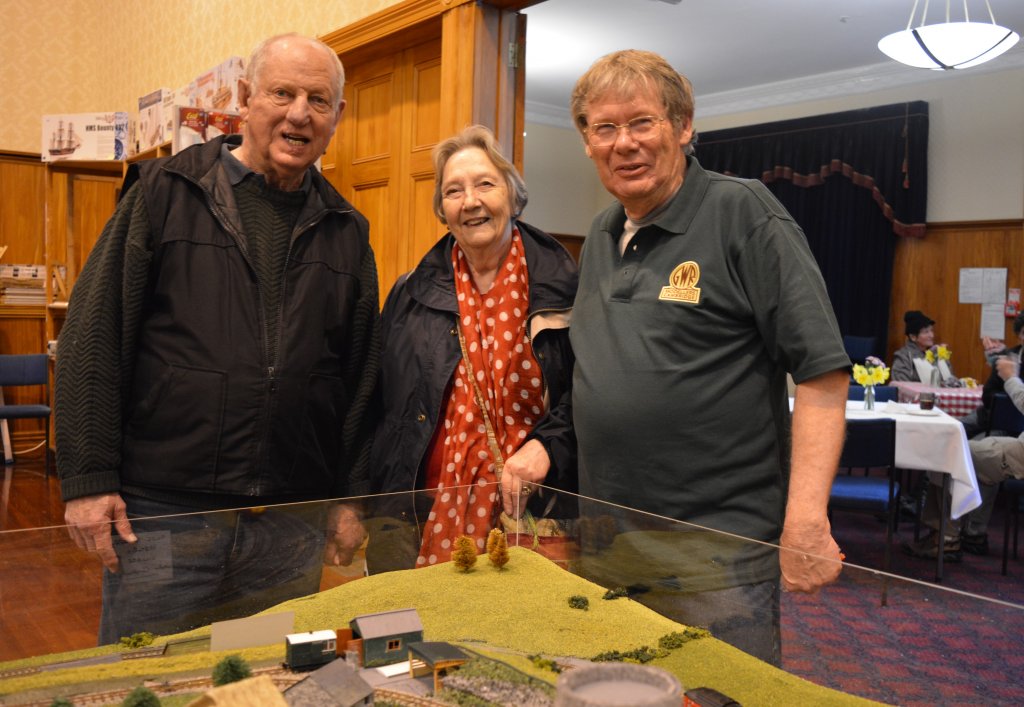 Hundreds of enthusiasts made their way to the Cambridge Town Hall last weekend to indulge their interest in miniature trains.

The Model Railway Exhibition, mounted by The Greater Waikato Railway Modellers (GWR), brought members together from around the region, and drew in their biggest numbers yet. Tauwhare’s Grant Alexander was back this year – not with the rideable train he had set up in 2017, but with his G-scale track based woven into a Colorado-type mountain scene.

Most of the sets on display were new, or re-fashioned sets from earlier exhibitions, and a variety of goods for sale meant the event had an appeal across the age spectrum. Hamilton resident Tony Gosnell likes to jazz things up a bit, so makes much of his scale model from scratch – hence the ‘antlers’ on the front of his engine. He makes his wagons using a raft of odd accessories and has made radio-controlled railway models.

The two-day exhibition was supported by Cambridge Brass Band members who did the catering, and members of the Cambridge Patchwork Group took up the Victoria Room with a display and ‘working’ exhibition of their craft. Hamilton man Michael Thorne, left, was delighted by Alf Stubbs’ model of Middleton colliery in Leeds. That’s because Michael is from Leeds; he recognised the scene depicted right down to the houses along the street and reckoned Alf’s detail was “spot on”. Alf, who now lives in Huntly and is pictured wearing appropriate headgear for the expo, was a coal mining engineer in his UK days. Remarkably, this model was his first – he’s planning to do New Zealand’s Denniston Incline next. Alf’s model didn’t just show the above-ground gear at the mine, complete with trains, street scenes and a working canal, but attracted as much attention for its underground workings. 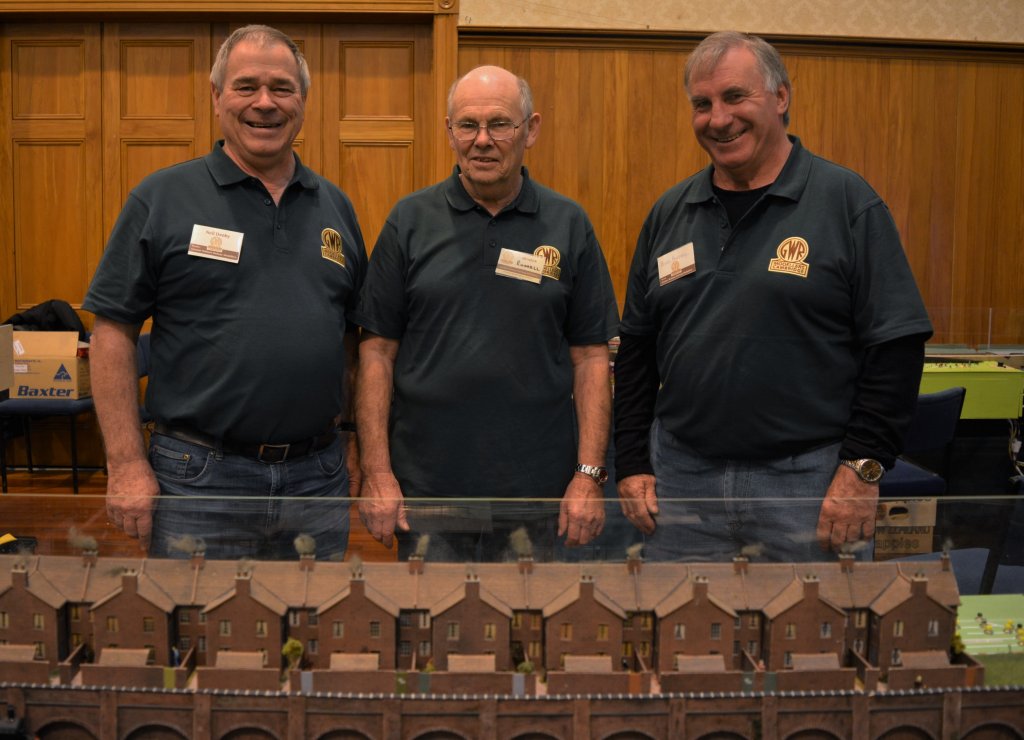