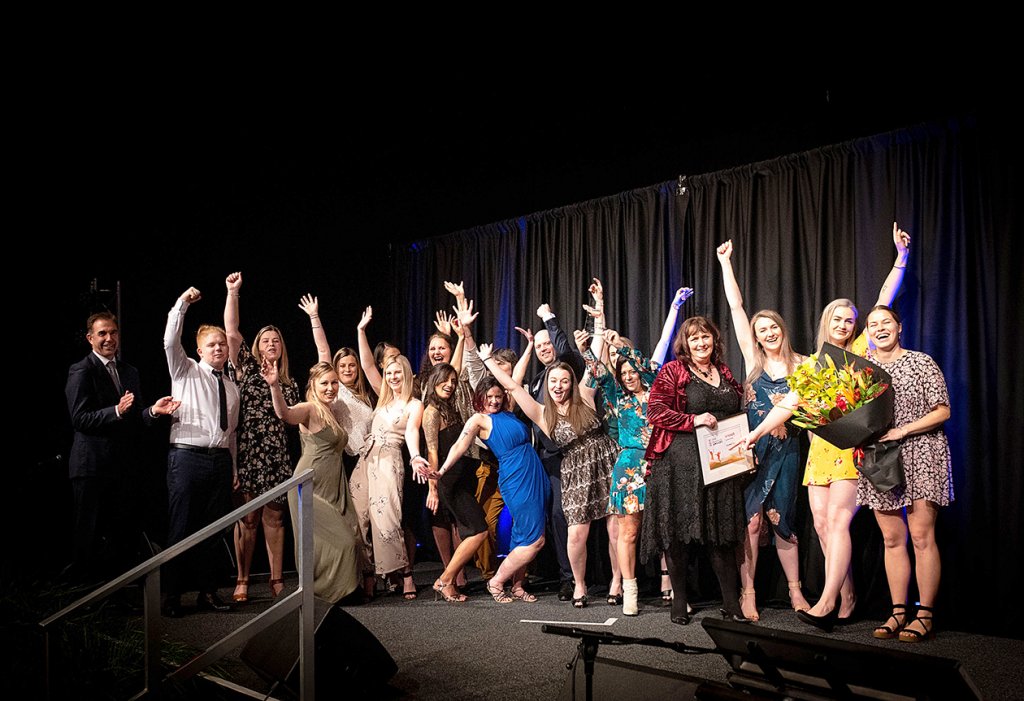 Gourmet Delicious has been named the Supreme Winner at the Waipa Business Awards.

The Cambridge catering company – which catered for the Duke and Duchess of Cambridge during their visit to Waipa – topped the district as the overall winner at the gala dinner on August 30.

The owners Kim Moodie and Ali Foers said they were honoured to with the awards and credited their “amazing” team and loyal customers.

“It has taken many years of hard work from everyone to get to where we are today and we love being part of the Cambridge community,” they said. Meanwhile a popular Cambridge coffee stop, Homebrew Coffee, took out Excellence in Business: New and Emerging, Best Customer Service and the Customer Choice Award. Having opened for business earlier this year, directors Blair and Tayler Paterson said they were blown away by the support of the Cambridge community.

“Our customers have shown us nothing but love since our doors opened,” said Blair. “To us, these awards represent a community effort and an exciting future ahead for the business.”

The Cambridge i-SITE and Destination Cambridge took out two awards on the night – Excellence in Business: Small and the award for Excellence in Community Contribution and Sustainability.

Destination Cambridge CEO Miff Macdiarmid said the team was thrilled to win two awards. “Particularly the community and sustainability one as we have been chipping away at initiatives in these areas,” she said. “It’s nice to think the small steps are adding up to progress.

“The awards are a reflection of the team – staff, volunteers and board members who all contribute to make it a great place to work. We really enjoy being a part of the community and the ‘welcome’ for our tourists.” 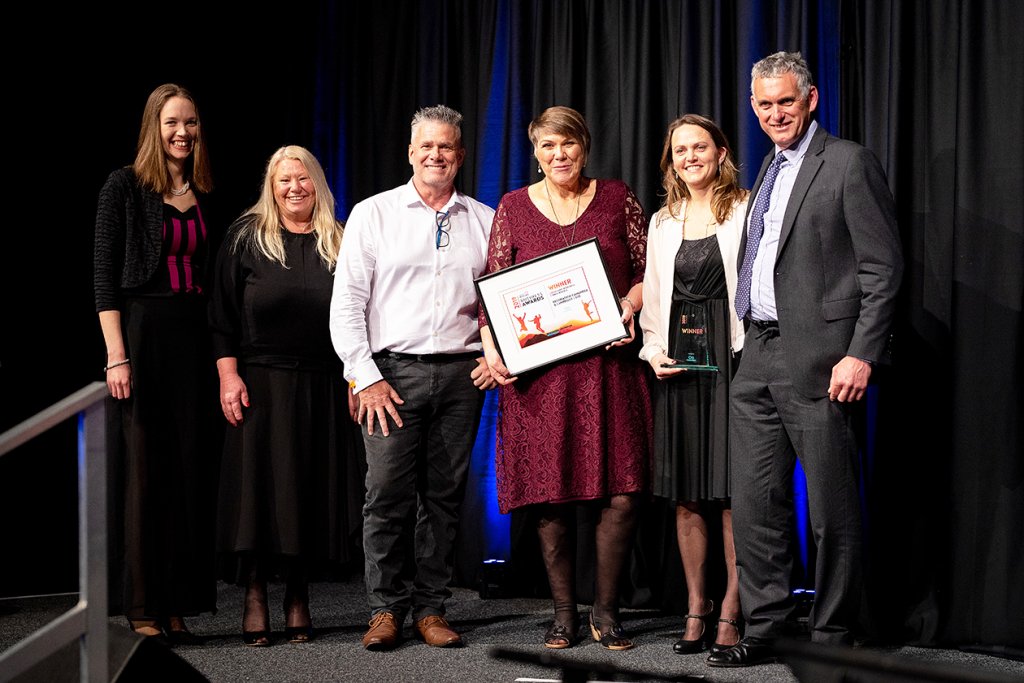 The team from the Cambridge i-SITE and Destination Cambridge, now with two awards under their belt and a recent refit in the i-SITE, said things would only get better in the year to come. Photo – Amy Bell Photography.

Cambridge pharmacist Kevin Burgess was awarded for Outstanding Services to Business, having spent nearly four decades as a business owner in Cambridge – starting with the purchase of Mullins Pharmacy in 1981, followed by the amalgamation to Amcal Cambridge in 1996 which eventually became Unichem Cambridge. Some staff had been with him for over 30 years, and it was hard to thank them enough, he said.

“The Cambridge community has been very good to Jane and I for the past 38 years. We hope in return we have made a positive contribution to the community,” said Kevin.

Hamilton business Rave Build (started in Cambridge by co-founder Belinda Gelstone) was awarded joint winner of Excellence in Business: Medium and also took home the Judges Award. Belinda was away but business partner and CEO Barry Ward accepted on her behalf.

“To win two Business excellence awards is a great testament to the team’s efforts. I could not be prouder of the team and what we have all achieved,” he said. Head Judge Howard Davey from the Waikato University Management School said this year’s awards – which attracted over 40 submissions across 16 categories – had included a very high quality of entrants. “Overall the quality and diversity of entrants bodes well for the future of business in the district.”

The full list of finalists can be found at www.waipabusinessawards.co.nz.