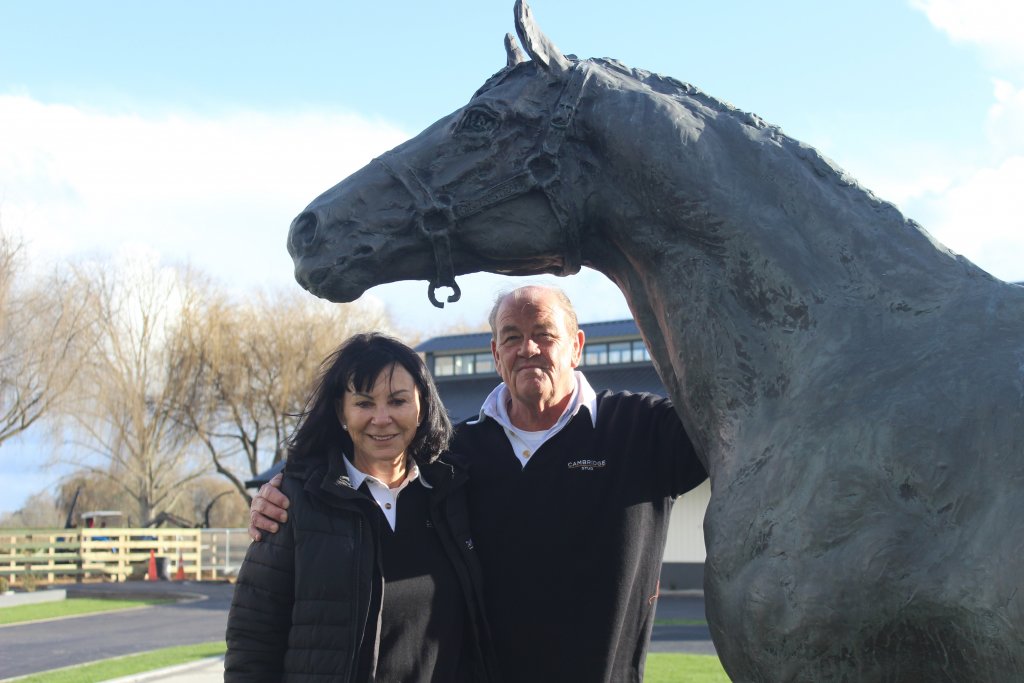 As part of the Cambridge Stud overhaul, new owners Brendan and Jo Lindsay are renewing the thoroughbred farm for the future whilst also preserving its past.

The owners of the renowned Cambridge Stud, Brendan and Jo Lindsay, have made significant changes since taking over two years ago – and will open a museum on the site.

An overhaul at the 145-ha Discombe Rd property started in January, and most of the project will be completed within the next month or so.

“We’ve basically remodelled the whole property,” said Brendan, a former Leamington rugby player turned-businessman who started his multimillion-dollar plastics company Sistema in his Cambridge garage in the 1980s and sold it in 2016.

The couple took over the farm in April 2017, and set out to future proof it at the start of this year.

“We basically bulldozed everything straight after the horses left for the sales on January 20,” said Lindsay. 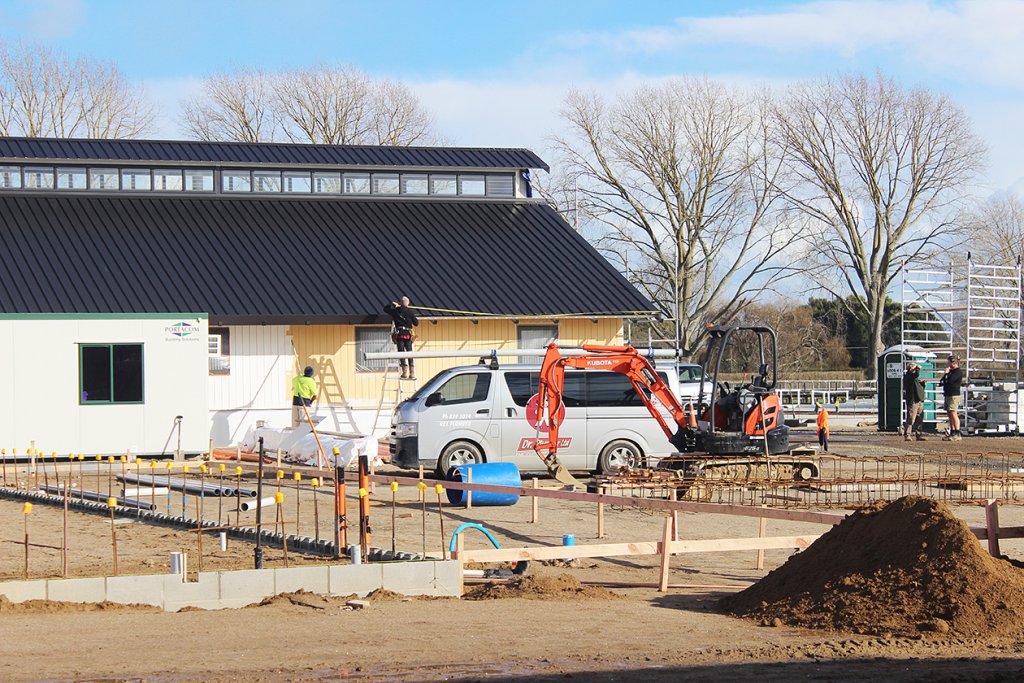 Local tradesmen have been brought in for the seven-month project, completely rebuilding all of the stud barns.

The Lindsays have brought in curator Kirsty McGuire to help research, plan, source memorabilia and  advise on the project, and a planning team presented a concept plan for the new building this week. All going to plan the museum could be ready as early as the start of next year, featuring an interactive timeline of the stud’s history with videos from Cambridge Stud founder Sir Patrick Hogan, photos from throughout the years and possibly even a life-size Sir Tristram horse – depicting Cambridge Stud’s founding stallion which became the world’s leading sire for individual Group One winners.

They hope to attract school visits to the museum.

Jo Lindsay described the journey so far with Cambridge Stud as a bit of everything – fun, exciting and sometimes difficult.

“We’ve got a really good staff base and everyone’s really on the page.”

The Sir Tristram horse statue still greets visitors at the main entrance of Cambridge Stud, along with its towering old trees, but they’re now accompanied by new buildings, re-landscaped paddocks and the stud’s first car park.

Around 20 tradesmen have been on site most days during the stud overhaul, some days with 50 people working on site. Supplies have been sourced as close to home as possible, with concrete pads made locally, cladding from Putaruru, roofing from Auckland, steel work made in New Zealand, and largely Cambridge contractors.

“They’re all local here, we’ve tried to use as much of the local trades and that sort of thing as we can,” said Jo. Two new resident stallions have arrived at Cambridge Stud – but one is already off the service list.

The Lindsays purchased 40 new broodmares to be serviced by the world-renowned stallions – Roaring Lion and Almanzor, who arrived at the stud last Saturday from the UK and France respectively.

Released from quarantine, Roaring Lion had only been in his paddock for 15 minutes when symptoms of colic were noted. He was transferred to Cambridge Equine Hospital immediately for emergency surgery, which was largely successful thanks to the swift actions of the vet team, Jo said.

He went in for a second Surgery on Thursday morning last week after showing symptoms of discomfort. This week he remained in a stable condition but still very much in recovery.

As a result his services to Cambridge Stud would be withdrawn for the 2019 breeding season.

Almanzor remains at the stud, spending time in the recently completed “five-star” stallion barn along with resident stallions Tavistock, Burgundy and Sir Tristram’s great grandson Embellish. Over the years the Cambridge Stud’s stallion roster has been responsible for 134 individual Group One winners.

Now on his second season at Cambridge Stud, Almanzor’s first foals with the stud are due to be born any day now, the first of the 2019 season.

“It’s a really hard and tough job for our staff over August to November, foaling is every night, it can be raining or freezing cold but they’re so dedicated and they just love it with a passion,” said Jo.

Cambridge Stud will host a public Stallion Parade tomorrow, August 18 at 2pm, and again on August 25 at 2.30pm.