Keeping cycling in the family 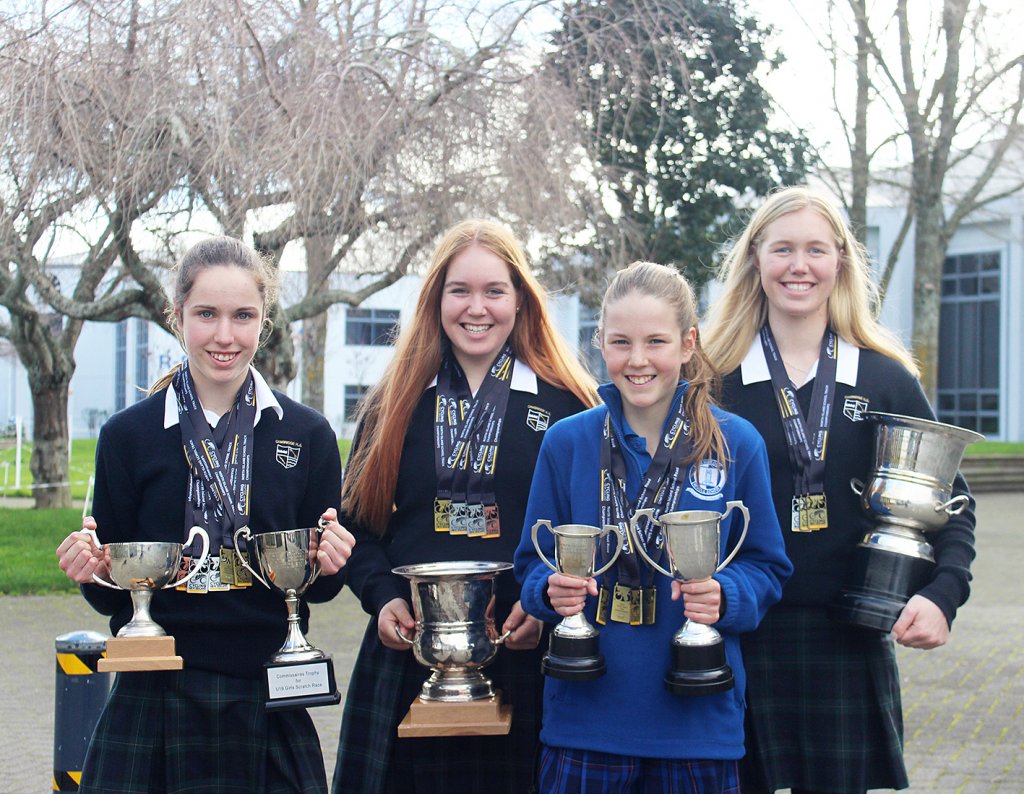 Seana Gray, Keisha Anderson, Caoilinn Gray and Mya Anderson with the 17 medals and seven trophies earned between them at the North Island schools cycling champs.

Cambridge has become a hub for cycling excellence in recent years, with the likes of the Avantidrome and Cycling New Zealand setting root and arguably putting Cambridge on the map as the country’s cycling capital.

These days it doesn’t take long to spot a cyclist on our roads. But it seems the town’s newfound hunger for cycling isn’t in the water, or in the air, sometimes it’s in the family.

Two sets of sisters at Cambridge High School are a prime example, toting a number of titles and medals to their family names. Between the four of them they earned 17 medals and seven trophies at the North Island schools cycling champs held in Cambridge last month.

For Mya and Keisha Anderson, Year 12 and 10 sisters at Cambridge High, it’s a matter of supporting each other, with a little sibling rivalry in there too.

“It’s good that we can talk to each other, about racing tactics and advice on what to do in races,” added Keisha, who managed to beat her older sister in two races at the recent national track series.

“I was super happy for her,” said Mya, an Oceania silver medallist and national performance hub rider, admitting if she’s going to lose to someone, it had best be her sister.

“I guess you watch out for each other a bit more on the track, she’s not just another competitor when I’m riding with her,” she said.

“She’s quite determined,” Keisha added, surprised Mya had done so well at the North Island champs after a bout of sickness beforehand. “She wants it and she just goes for it. She always pulls though.”

“I think your sister helps you a lot to improve,” said Caoilinn Gray, a Year 7 Cambridge Middle School student who combined with her Year 9 Cambridge High School sister Seana earned eight medals and trophies at the North Island champs.

They’ve already competed against each other too, in triathlon and swimming, but look forward to racing each other on their bikes once they’re both old enough to compete in A and B grade racing in the national track series.

“It’s her first year being able to compete in age group racing, so we’ve been waiting for it for a long time now,” said Seana, who was rapt with her sister’s first stint at the North Island competition. “I thought she did really well for her first time.”

The Gray sisters said their main aim in cycling was simply to continue competing and improve a lot, whilst the Anderson sisters have set the bar high and hope to make it to Oceania and Olympic level.

For now they’re all focussing on the next step – the national schools road cycling champs in Palmerston North next month, where a team of 30 Cambridge High School cyclists will compete.