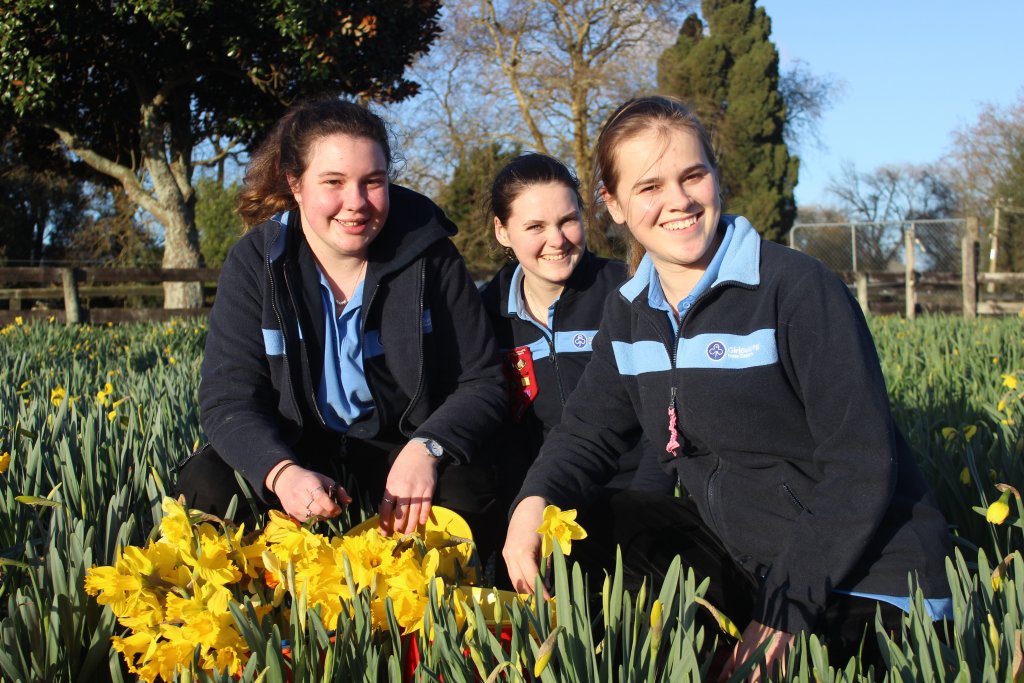 Thousands of daffodils have been picked by volunteers in Cambridge over the past month in preparation for today’s Daffodil Day  – the Cancer Society’s annual nationwide fundraiser.

Eighteen Cambridge Rangers – the 12 to 17-year-olds’ branch of the Girl Guides – have donated their time picking the flowers in Cambridge, along with Rangers from Matamata, Morrinsville and Te Awamutu, and other volunteers from the public.

“And it’s quite rewarding picking the flowers knowing they’re going to a good cause.”

Thomas had been involved with the Cambridge Rangers’ daffodil picking efforts since it started seven years ago, but this year it felt a little closer to home.

“Just last year I lost a friend who was my age to breast cancer which was quite scary because you don’t relate it to being a young-people thing.

“So it’s a bit different for me this year because it’s a lot more personal.

“And talking to some of the girls it was amazing how much they’ve been personally affected as well.

“It would be nice to see a cure, so every little bit helps towards that.” The Cambridge Rangers show off their daffodil haul from just one evening of picking this week.

The oldest of the Cambridge Rangers, Stacey McNickle, Zoe Pointon and Nina Sardelich, have taken part in daffodil picking each year since the organization first got involved.

“There’s no reason not to (get involved), it raises awareness and it’s something that affects all New Zealanders in one way or another,” said Stacey. “It’s just a light, fun-hearted way to bring some positivity into the community.”

“And it’s something really different as well,” said Zoe.

The daffodils will be sold in Cambridge today and tomorrow with proceeds going towards the Cancer Society.

Sites around Cambridge selling daffodils and collecting donations are:

Unichem and Paper Plus, Victoria St