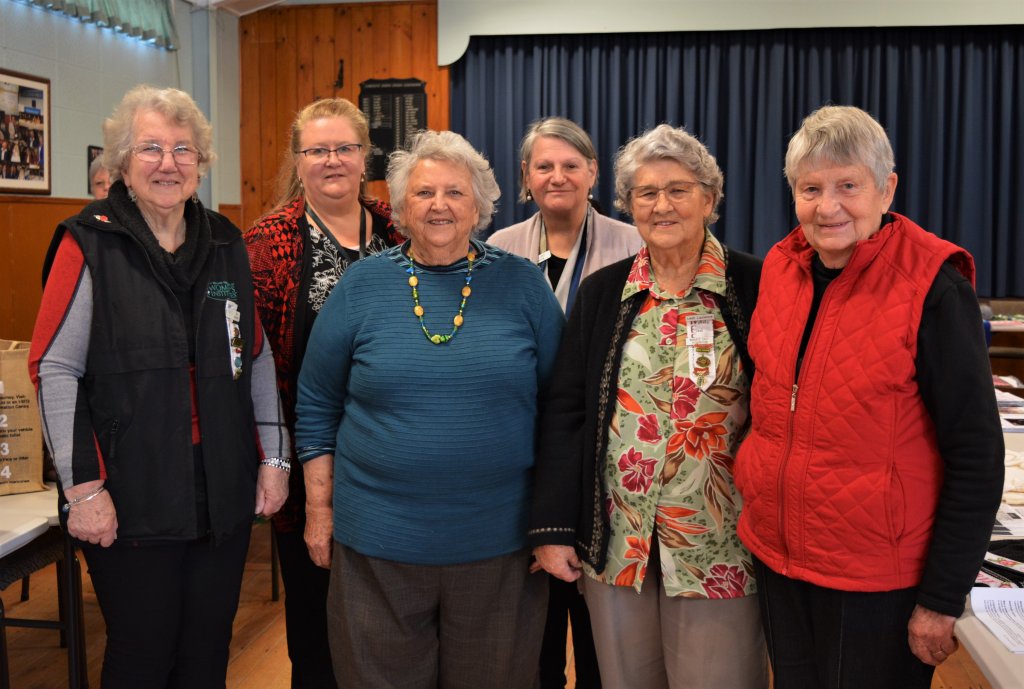 It is believed to have been the first time in many years that the local group has hosted the event for the Waikato East Federation.

“They may have many years ago, but certainly not in recent times,” said Leamington WI president, Leah Laurence. “While we didn’t have as many members take part as we would have liked, we were thrilled with the numbers of local people who turned up to have a look.”

The craft day was held at the Cambridge Senior Citizens hall on July 17. A selection of bootees on display at the craft day.

The Waikato East Federation encompasses nine WI clubs with over 130 individual members.  Many of their members were on hand to demonstrate and show craft work being made for next year’s 99th WI New Zealand AGM and conference, to be held in Nelson in May 2020 – among them a scabbard for scissors and an unusually crafted pincushion.

“We had members there who also brought along other crafts to demonstrate,” said Shirley Morris, Waikato East Federation treasurer.

Leamington WI hopes the craft day will see their membership swell from its current 11.  The group’s current members cross a wide age range and do a variety of crafts. Shirley has recently launched a Leamington WI Facebook page, which is already proving popular. Some of the unusual craft work on display.

The group meets monthly at Leah Laurence’s home in Cambridge. Anyone wanting to find out more should contact Leah on 823 4635, Shirley on 021 230 2484, or leave a message at the Leamington WI Facebook page.