Karapiro will host a pro boxing middleweight title fight tonight, Saturday August 3, featuring one of the country’s most exciting prospects and a seasoned veteran.

Andrei Mikhailovich has a perfect nine-fight, nine-win record – and has been active, chalking up those wins in just 14 months.

His opponent, Gunnar “The Stunna” Jackson has on his resume fights against Anthony Mundine and a former world champion, Ryota Murata.

The fight, billed as the Warhorse against the Show Pony, is the main event on an August 3 fight card put together by promoters Nigel Elliot and Dion McNabby at the Sir Don Rowlands Centre at Karapiro. 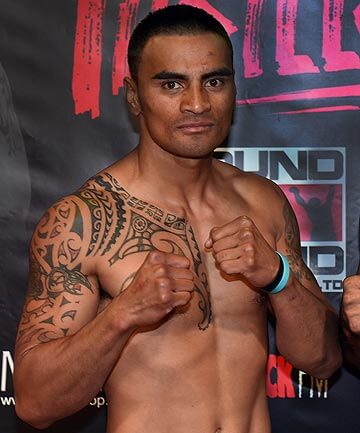 Gunnar “The Stunna” Jackson will fight in the feature bought tonight.

Tauranga based Jackson, 32, (29-12-4 12 KOs) is one of the toughest and most respected boxers in New Zealand. He has never been dropped as a professional and is a three-time New Zealand champion, former WBA-PABA Light Heavyweight champion, two-time WBO Oriental middleweight champion, current New Zealand Central champion and a former WBO 10th ranked in the world.

His fight with Mikhailovich has been months in the making – they were scheduled to fight in March on the Shane Cameron show, however, due to work commitments and lack of preparation, Jackson pulled out.

It’s suggested this will be the fight of the year in New Zealand boxing, and for Mikhailovich it presents an opportunity springboard onto the international scene.

For Jackson, it would be a major feather in his cap as he nears the end of his career.