Bowls experience of a lifetime Bruce Sayers has returned to Cambridge with a world-first experience under his belt.

He travelled for 30 hours and played the next day, but reckoned the biggest challenge was finding something he recognised when it was time for dinner.

Bowler Bruce Sayer was recapping on his time in South Korea where he represented New Zealand at the International Bowls for the Disabled World Championships.

Sayer was one of two Waipā members of the 12-strong team – also there was Te Awamutu’s Chen Naude, and they teamed up in the pairs.

“It was good, a lifetime experience really, my main goal was just to go over there and do well and be proud,” the Cambridge Bowling Club member said.

Sayers damaged his spinal cord as a result of a fall and after having rods inserted in his back has 80 percent feeling from the chest down.

“You’ve got to get on with it. I’ve set myself the goal of doing well and just keep on going.”

His spot on the world stage came little after a year after he took up the sport.

He competed in the pairs alongside Naude to finish 16th out of 86 teams, after losing by one point to Singapore. Sayers also recorded two wins in the singles before being knocked out in the first round. Naude followed soon after when he was knocked out in the second.

“I figured we had to get at least a win, and we managed to do that. It was a very big challenge, especially travelling 30 hours to get there and playing the very next day.

“It was completely different to playing here, you’ve got to really step up.

“But that’s what life’s about, taking the opportunities that you get, or you’re never going to get anywhere.” 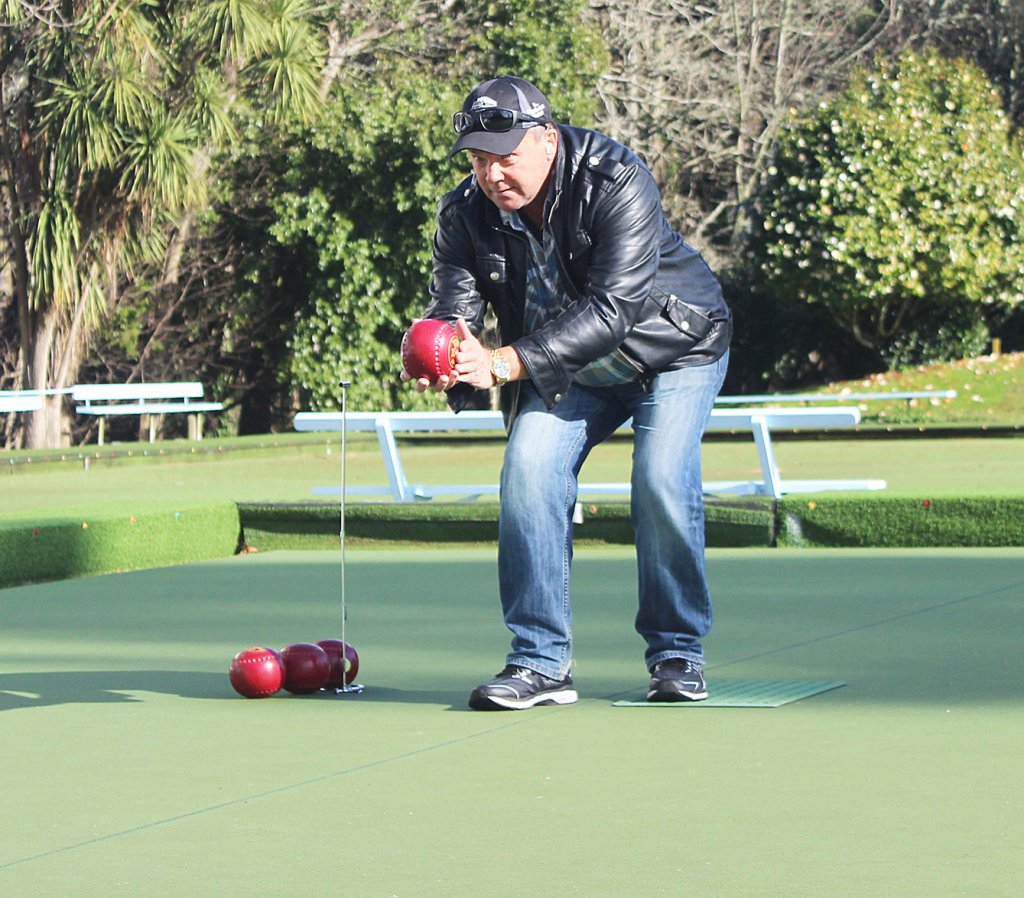 Bruce Sayers is back training at the Cambridge Bowling Club.

Temperatures reached 38 degrees during the six-day competition and adding to the challenge was an extremely foreign diet, including eggs with black yolks.

“Competing was alright, the only thing I found hard was getting used to the food,” Bruce said, admitting he’d lost a little weight during the trip.

“I’m a Kiwi man, I like my burgers and that sort of thing. It took a while to find something recognisable to eat.”

The best part of the trip, he said, was the comradery between players and the love of the game, and playing amongst people who also had a disability.

“We were helping each other, that was the good thing about it. It was a lovely feeling to be involved with it.”

He returns just as keen to compete against the best of the bowlers at home.

“I enjoy it even more  – because it’s more of a challenge for me,” he said.

Sayers still continues to play in regional tournaments most weeks, and is a regular at the club on Thornton Road.

“What’s most important is to keep it up,” he said. “It may be a bit of a summer sport, but when you’ve got the opportunity to keep playing, and keep those friendships going, why not?”