Cambridge RDA President Di Gascoigne and operations manager Vanessa Donnelly, with RDA horse Woody, stand in the spot where Vogel Place will extend down the bank and through their car park.

Cambridge’s landscape is changing. People are moving to town at a rapid rate, and developers are planning the infrastructure required to meet that growth.

With a housing development of 600 to 800 new homes planned behind the Avantidrome – inside the 143-hectare C3 growth cell which runs along the Waikato River – Waipa District Council is planning to extend Vogel Place (the western end of Vogel St) down the bank and along the lower terrace to connect to the housing development.

Another road is being planned to connect the development up to Cambridge Road, near the Te Awa Lifecare turn off.

The Vogel Place extension will run through Council-owned land near the green belt, which is mostly used for grazing. One problem, though, is it will run directly through the carpark at Cambridge Riding for the Disabled.

“We do have concerns, regarding the noise, the horses, rehousing them, and the riders. It does make things a bit difficult. But it’s change, and this is going to happen,” said Di Gascoigne, president of Cambridge Riding for the Disabled (RDA).

“We’ve accepted it,” added Cambridge RDA operations manager Vanessa Donnelly. “It’s progress, we can’t fight it so we’ll embrace the change, we have to. We will grow from it too, so it is a positive.

“At least we’ll go from being on the outskirts of town to being in the middle of town!”

Council has already met with Cambridge RDA and other affected residents in the area and says it will incorporate their needs and concerns wherever possible into the project – which is currently at the very early preliminary stages. Construction won’t begin for at least another year, possibly even three years.

The new road will run down the bank and along the front of the Cambridge RDA arena – through its car park – and turn right approximately 50 metres beyond the arena, running parallel with the river.

Along this segment Council has planned for a new entrance on the western side of the RDA arena with reconfigured internal access. 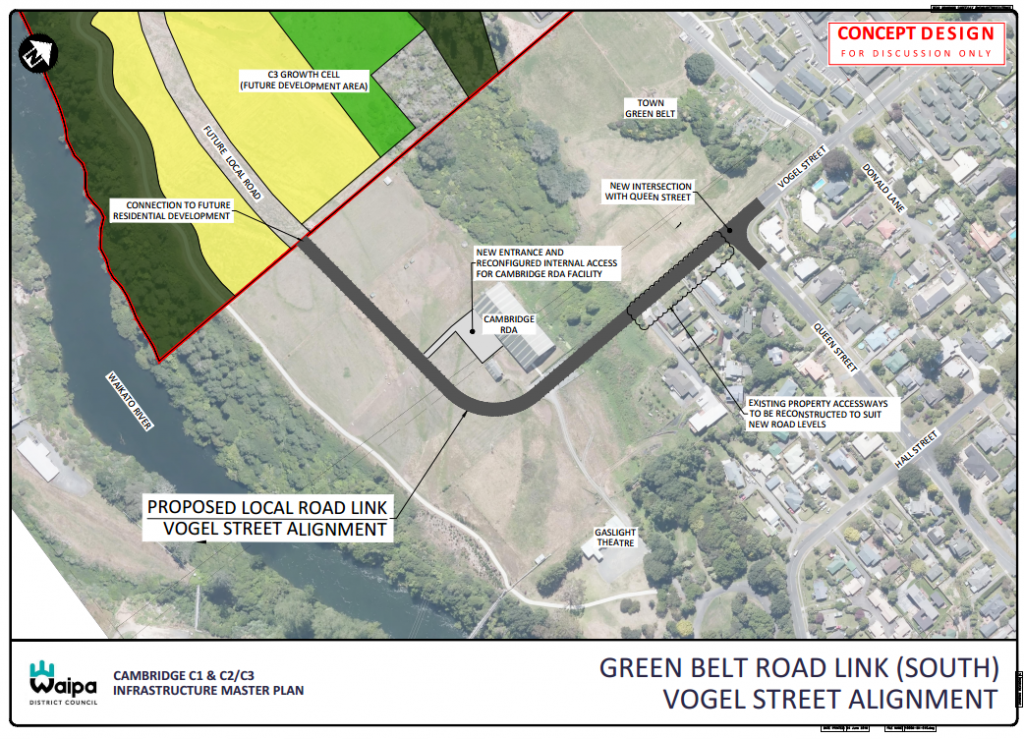 A concept design shows where Vogel Place is proposed to extend into the C3 housing development.

“We’re actually going to have a street address,” Vanessa joked, after the organisation has often been referred to as being “behind the Gaslight Theatre”.

Council confirmed the Gaslight Theatre and the cycle trail to the Avantidrome will not be affected.

“It will give us more exposure, and the opportunity for roadside advertising – maybe even attract donations,” Vanessa said.

Both Di and Vanessa wanted to assure Cambridge residents that Cambridge RDA will still be operating as close to normal as possible when construction commences.

They met with St Peter’s School last week to look at the possibility of housing their horses there during construction, and continuing their riding work there.

“There may be some riders that won’t be able to ride, like we won’t be able to use our hoist or our specially designed ramp, but we could still work with them and just change the way they’re involved, instead of riding,” said Vanessa. “Their students might get involved too, it could tie in with their Water Boy charity, so it would work out quite well for both.”

Nothing has been “set in stone” with St Peter’s, but the women said they walked away from their meeting feeling very positive about the future.

“It’s great to see people are willing to support us, we need positive community involvement in order to operate.

“Everyone is initially going to have our reaction, what is Council doing now, but it just is what it is.”

Council’s plans for the road – known as a “paper road” – have been in place for years. 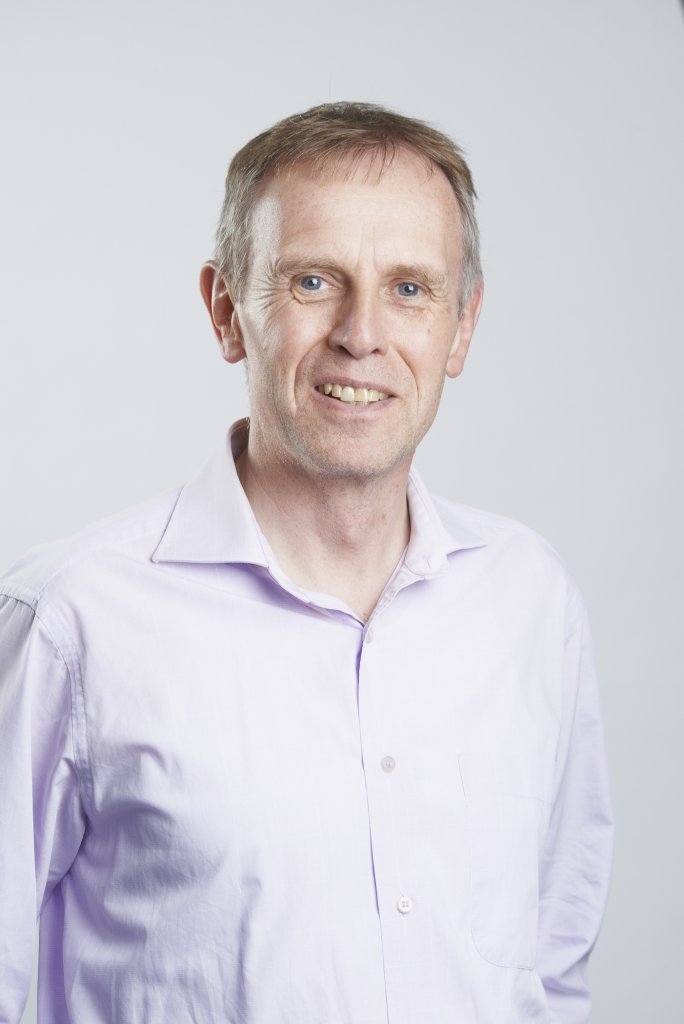 “But it is only now the C3 growth cell has been created that the road is needed,” explained Robin Walker, Programme Manager – Growth at Waipa District Council.

It is estimated to cost between $7 to $10M depending on the final designs, which Walker said will be funded by development contributions, “not by ratepayers.”

The construction date depended on the speed of private development in the C3 growth cell and how soon the road is required, Walker explained. “It is expected construction will happen sometime between 2020 to 2022, however this may change.”

He couldn’t give details on when the new housing development will be underway. “The various landowners are at different stages of development. Progress is largely reliant on private landowners and how quickly they choose to progress this.”

Plans for the road which will connect the housing development to Cambridge Road are only in the “paper” stage, mentioned in Plan Change 7 of the Ten Year Plan. “There has been no progress on this road yet,” said Walker. “This will be progressed further as landowners develop their land.”

That road is expected to be the more regularly-used access point for the housing development, rather than the Vogel Place extension.

“We will do all we can to minimise the impact on people,” Walker said of the Vogel Place project. “During construction there will be a large number of truck movements to bring the quantity of fill material into the site. Council will consider the potential amount of traffic and incorporate traffic calming and/or minor junction changes into the new and existing roads to ensure vehicle, cyclist and pedestrian safety.”