It all comes down to this Saturday, when Hautapu’s Senior A team takes on Fraser Tech in the final round of the rugby season at Hamilton’s FMG stadium, 5pm kick off.

Their victory will mean the Hautapu team has remained undefeated in the Waikato Draught Premiership A competition. But first they’ll have to beat Fraser Tech, which beat Otorohanga quite comfortably in their semi-final on Saturday, 27 – 10.

But the Hautapu team made an emphatic victory of their own on Saturday, defeating Hamilton Marist 45 – 10 in their semi-final at Cambridge’s Memorial Park. Coby Miln goes in for the conversion. Photo – Michael Jeans.

Marist had strengthened their forward pack too, bringing in Samoan/Bristol number 8 Jack Lam, Chiefs middle rower James Tucker, and the evergreen former All Black Marty Holah (off the bench).

But the Hautapu players looked relaxed and confident as always, maintaining the attitude they’ve carried all season.

With constant pressure and domination of possession and territory, Hautapu were 13-3 after a try, conversion and two penalties by first-five Coby Milne.

After 30 minutes and a quick penalty tap, Centre Brandon Mudzekenyedzi scored under the posts to lead 20-3.

Soon after a yellow card was issued to the Hautapu fullback Dion Berryman for killing the ball in the attacking red zone. But through powerful scrummaging and stout defence Hautapu kept the score 20-3 to halftime. As the second half kicked off Marist enjoyed a few fleeting good moments on the attack, getting a try on the goal line after seven minutes. But the team’s errors mounted as they were back on the chase, Hautapu scoring four more counterattack tries by Kurt Heatherley, Kaea Hongara, Brandon Mudzekenyedzi and Paula Mahe.

Hautapu pushed out to a 45 – 3 lead before Marist made a late consolation try on the full time whistle, settling the score at 45 – 10.

It extended Hautapu’s winning run to 17 games for the season, with credit to halfback Jack Stratton and first-five Coby Milne for controlling the game with tactical kicking for territory, and running the ball at opportune times. 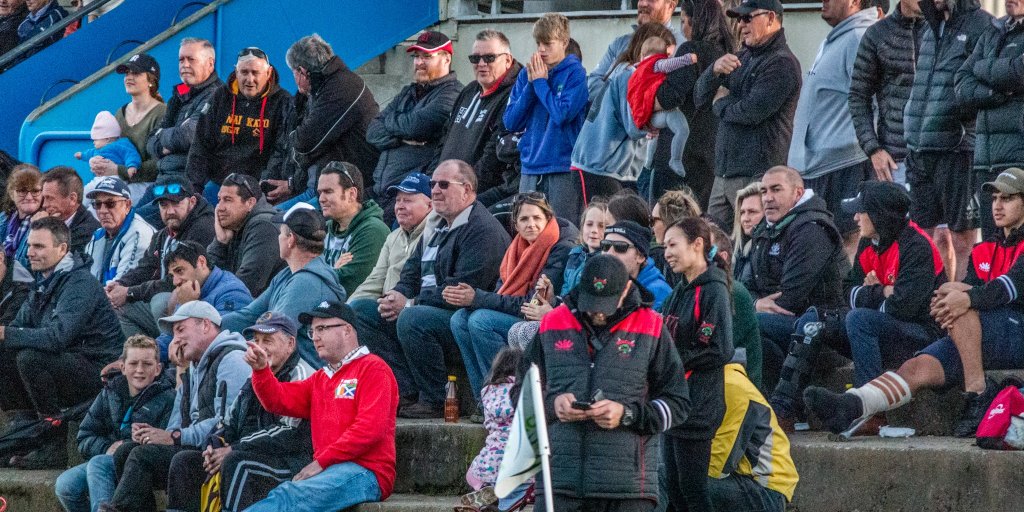 A crowd of Hautapu supporters turned out to cheer on the team in their last home game of the season. Photo – Michael Jeans.

The Championship decider against Fraser Tech kicks off at 5pm this Saturday at FMG stadium in Hamilton.